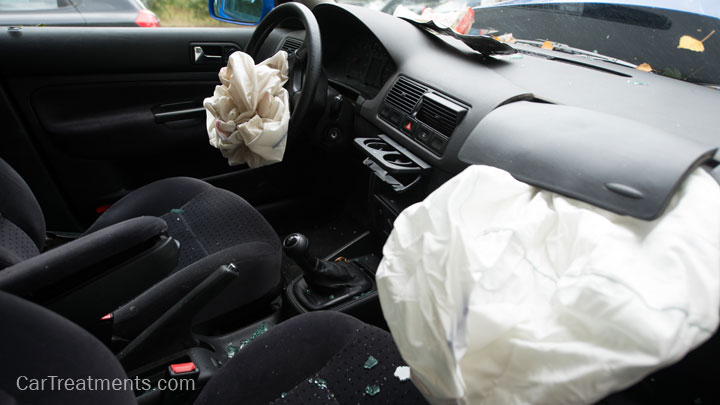 Airbags are one of the most important vehicle safety innovations of all time. From 1987 to 2017, airbags saved 50,457 lives. Most people don’t even think about them until they’re involved in a collision.

If your car endures a major impact that causes air bag deployment or you purchase a vehicle which has had its airbags deployed, airbag replacement will be necessary and it won’t be cheap.

After an impact, there are a variety of parts to evaluate depending on which airbags deploy: front airbag sensors, airbag ECU, driver airbag, passenger airbag, front pretensioner seat belts, dashboard (on some models the passenger airbag is fitted on the dashboard), and sometimes the steering wheel itself.

Because you’re not going to be replacing a single part, it’s important to know the total cost of airbag replacement to avoid unpleasant financial surprises. Before we get into the average airbag replacement costs, here’s a primer on airbags.

Related: How to Fix a Seat Belt That Won’t Retract 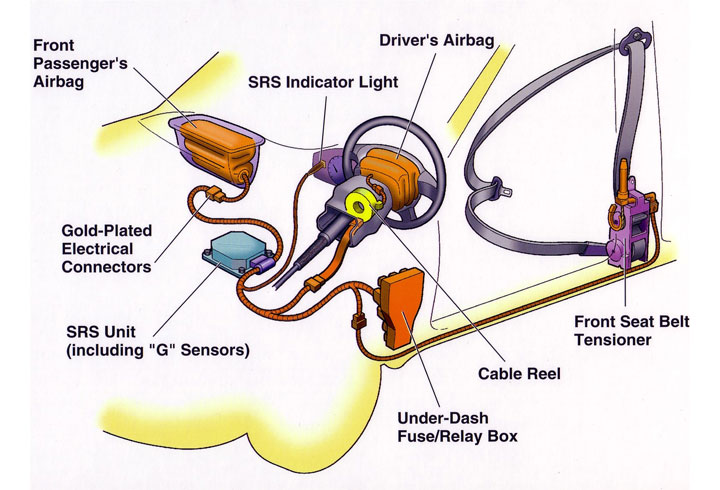 Vehicle airbags are a form of safety restraint used in conjunction with seat belts to protect the head and the upper body of the driver and the passengers of a vehicle in the event of a frontal or side-impact crash. Airbags are more accurately known as a Supplementary Restraint System, or SRS.

Passenger cars have been manufactured with frontal airbags since 1998, and pickups, SUVs, and vans have had them since 1999. Side airbags are still optional in some vehicles produced today, though many manufacturers include them in the standard package.

How Do Airbags Work?

An airbag is rapidly inflated by a controlled explosion in the event of a moderate to severe impact, then deflates as it comes in contact with a person’s head or body.

Collisions are detected by the impact sensors, which transform a decrease in acceleration into an electrical signal that is sent to the airbag ECU. This computer then instructs the airbag to deploy.

During an impact, the sudden stop can cause severe injury to the driver or passenger due to inertia (resistance to change in motion, such as change in direction of movement or speed).

Seat belts help to restrain the driver’s or passenger’s body, but the head needs something to keep it from colliding with the dashboard or windshield – that’s where the frontal airbag comes in. Secondary airbags in other locations help to cushion various parts of the body.

The following video may help you understand how airbags work:


Components of an Airbag System

All of these components are linked in the airbag system. Airbags which deploy typically damage all related components such as the airbags themselves, crash sensors, clock spring, and seatbelt pretensioners. Even the ECU will need replacement or if possible, be reset.

Though not necessarily part of the SRS system, the steering wheel, sections of the dash, or seats may need to be replaced or repaired at this time depending on which airbag deployed. 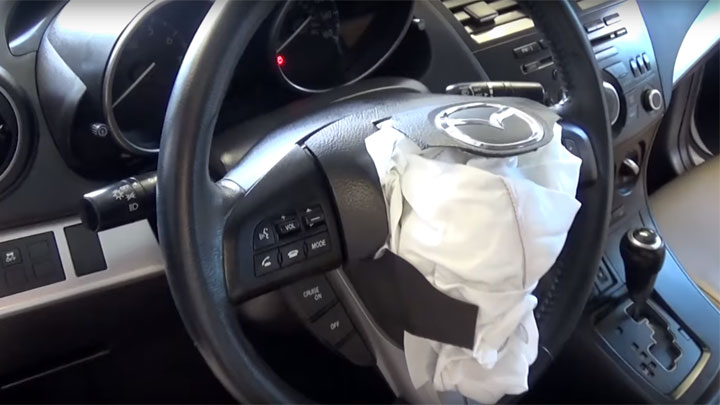 With so many components that need to be repaired or replaced, the total cost for airbag replacement from a professional can range anywhere from $1,000 to over $5,000. The labor costs account for about a third of the total.

The actual amount depends on many factors including the year, make, and model of the vehicle, locations and number of airbags, and the number and type of other related parts that may need to be replaced (such as the dashboard, airbag computer, springs, sensors, instrument panel, windshield, and steering wheel).

Obviously, airbag replacement in a newer Audi or Porsche is going to be more expensive than a 10 year old Honda or Ford.

Knee airbags and side curtains are not as common on front airbags but will also need to be replaced if deployed. Expect to spend almost the same as a passenger side airbag though these figures may vary depending on the design and size of the airbags.

After deployment, vehicles with seatbelt pretensioners will also need those repaired or replaced. Expect to pay between $80 and $120 to repair a pretensioner and even more to replace with new components.

At the very least, the ECU or airbag module will need to be reset costing about $50 to $150. If the airbag control module needs replacing, expect to pay anywhere from $400 to $1,200 for a new one.

Auto insurance is usually able to cover the cost of the airbag replacement once any deductible is met, though often the cost for replacement is so high that the insurance company will choose to “total” the car instead.

Where to Buy and Install Airbag Components

The best places to have components of your airbag system installed in your vehicle are certified auto body shops, car dealerships, or some auto repair shops. Some shops even specialize in airbags.

Airbags can be cheaper if purchased from online retailers, but these usually have a limited warranty. Care must be taken to avoid purchasing a faulty or counterfeit airbag as these can have dire consequences ranging from deploying too late in an impact to releasing metal shrapnel from the airbags when they deploy.

Repair of certain components or resetting the ECU is often possible and can be done through a good online retailer. MyAirBags is probably the most well-known company that provides airbag services. You simply ship them the bad parts and they ship them back to you in a repaired state.

Ebay is often a good source for SRS components but make sure you’re purchasing from a good seller with lots of positive feedback. 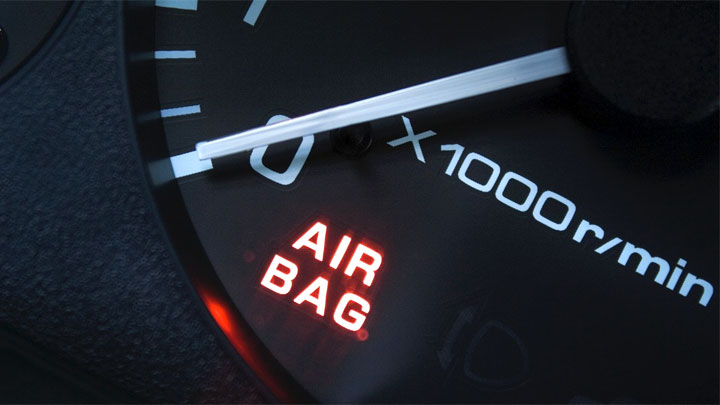 For safety purposes, it’s crucial to hire a professional technician to install the replacement airbags instead of trying to do it yourself. Airbags can deploy accidentally during installation or removal, which can cause severe injury.

Airbags which have deployed cannot be reused. It may be legal to use an airbag which has not been deployed from another vehicle of the same type, though this should be done only as a last resort.

An on-off switch for the passenger airbag should also be installed in your vehicle if you have passengers who are 13 years old or younger, less than 5’ tall and sitting less than 10” from the airbag, or have certain medical conditions.

In these cases the benefits of the airbag can be outweighed by the risks, as the size and air pressure in the airbag could inflict serious injury on the passenger.

24 thoughts on “Average Airbag Replacement Cost (and Where to Buy)”