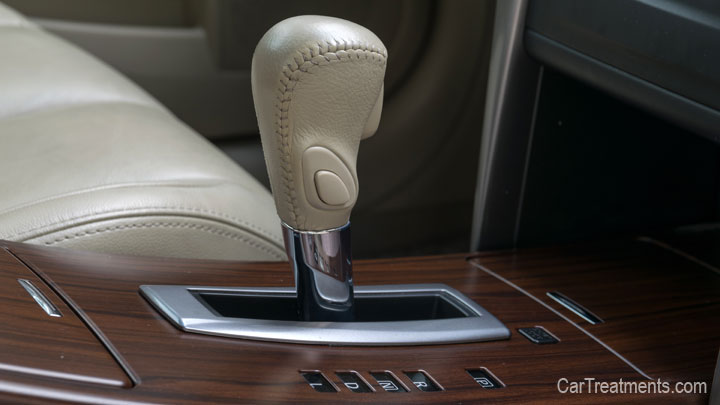 The term “overdrive” refers to the highest gear that you can shift to in some automatic transmission vehicles. Almost all vehicles on the road today feature at least one overdrive gear within the transmission.

With today’s cars, the overdrive gear is automatically selected in many cases while you will manually need to select some sort of “Eco Mode” via a button or setting.

This will cause the engine to make less noise while driving better at a constant speed on the highway. It will also make your engine more fuel efficient, meaning that it will make the most out of the power it generates.

As a result, the output speed of the engine will be faster than its input speed. Anyone who loves high-speed cruise control and good fuel economy will benefit from the overdrive gear. The biggest downside is that you won’t reach the maximum speed of a vehicle in overdrive. But unless you’re on the Autobahn, you legally can’t do so anyway.

Related: Does Cruise Control Save Gas?

When to Use Overdrive 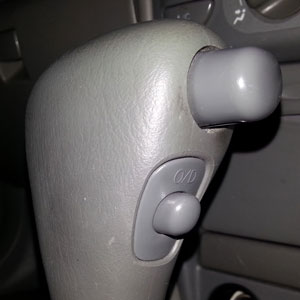 If your automatic transmission vehicle has a manually selectable overdrive gear, you will often need to push a button to activate. Once that button is pressed, the transmission upshifts to the highest gear possible.

This button is meant to be pressed while you’re driving at a consistently high speed because it will take the strain off the engine by lowering its RPM. Basically, the overdrive allows the engine power to go right to the transmission while locking the torque converter. This will improve the performance of the vehicle and save you money on fuel at the same time.

To give you an example of a good time to use overdrive, let’s say you’re driving over 60 miles per hour on the interstate. At this speed, the RPM of your engine is going to increase depending on your vehicle’s gear ratios and the number of gears it has. Higher speeds usually put more strain on your engine.

Because there is more strain, it will require more fuel to be consumed just to meet the demands of the pressure being put on it. If you were to activate overdrive or economy mode, the strain would be alleviated from the engine because its RPM would be lowered. Then, your fuel economy will be improved.

The times you don’t want to use the overdrive is when you’re traveling at slower speeds, typically under 50 miles per hour or expect you’ll need to accelerate quickly such as when passing another vehicle.

If you were to activate overdrive at a lower speed like this, it would cause your vehicle’s speed to become very inconsistent and dangerous. This goes double for people who normally drive around town or through the streets of their city.

If your older automatic transmission vehicle does not have an overdrive gear, it is possible to attach an add-on overdrive to your existing transmission in order to give it one. Truckers would call add-ons like these “splitters.”

The unit is really just a smaller transmission with 2 speeds that gets bolted onto the back of your vehicle’s main transmission. With this add-on, your vehicle will be able to cruise at higher speeds with more fuel efficiency just like any other car with overdrive in it.

But you don’t really need to concern yourself with this because you will experience fuel efficiency regardless of what speed your current automatic transmission is at.

If you’re looking to purchase an overdrive add-on kit, you will find them priced anywhere from $800 to $3,000. There are instructions which come with the kit that can help you install it.

However, if you don’t have enough mechanical skill to install it yourself, you should definitely hire a professional. This will run you another $200 to $400 in labor costs.

2 thoughts on “What Does Overdrive Do? (and When To Use)”