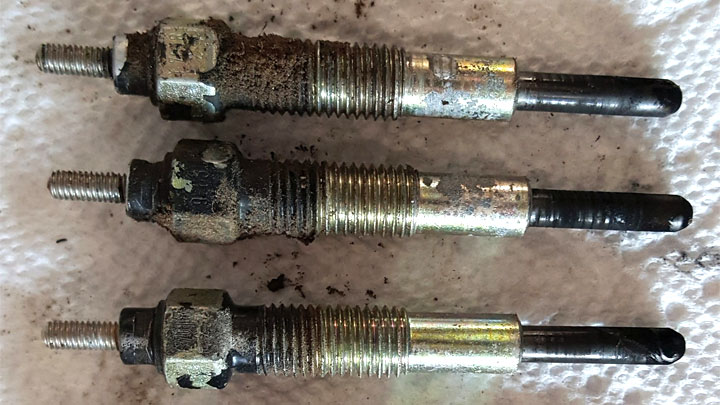 If you drive a diesel engine, you should know how to identify bad glow plug symptoms and how they affect the longevity and performance of your vehicle.

But before we dive into the warning signs of a bad glow plug and the cost of getting a new one, let’s look at what a glow plug is.

What are Glow Plugs?

A glow plug works by generating heat to warm up the engine’s cylinder and ignite the fuel. Without it, your diesel engine won’t start.

Aside from warming and igniting diesel engines, glow plugs also keep your engine running smoothly. In most vehicles, you’ll find the glow plug installed within the combustion chamber, where it can efficiently draw heat to the diesel engine.

In ideal weather conditions, a faulty glow plug will struggle to generate enough heat to warm a cylinder and ignite the fuel. In frigid weather, a defective glow plug won’t work at all.

While glow plugs and spark plugs perform the same function of igniting engines, they serve different purposes beyond that. Aside from the way they look, other significant differences between the two plug types include:

If your Duramax diesel engine or other diesel-powered vehicle shows any of the following symptoms, you probably have bad glow plugs.

You can’t start a diesel engine with bad glow plugs. A faulty glow plug won’t generate enough heat to warm the cylinder and ignite the fuel.

If it can’t create heat fast enough, it can take several attempts to get the vehicle to start. If you have nearly dead glow plugs and freezing outside temperatures, the vehicle won’t start at all.

While you can start a diesel engine with a bad glow plug, you can’t get the vehicle to perform optimally. You’ll notice the first sign of reduced performance when you floor the accelerator without generating much speed.

Poor acceleration can happen due to other engine problems, too. That said, if you notice any of these other bad glow plug symptoms alongside poor acceleration, the culprit is likely one or more of your glow plugs.

A backfiring exhaust can cause plenty of issues in your vehicle. It occurs when fuel fails to ignite as it should within the cylinder. Since the glow plug plays a crucial role in igniting fuel, you can assume a misfire in a diesel engine may have something to do with your glow plugs.

Several factors can lead to dark gray or black exhaust smoke. If the fault lies with the combustion process, then you may have a problem with the glow plugs.

With diesel engines, dark smoke when accelerating is more common with diesels but if this symptom occurs with others on this list, it’s possible a faulty glow plug is to blame. 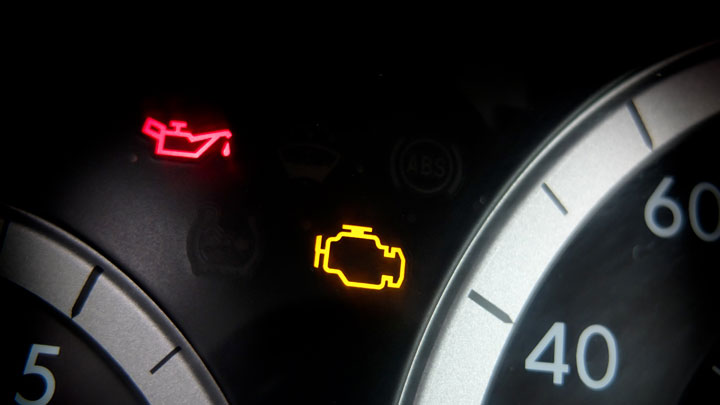 Faulty glow plugs will trigger the check engine light and when scanned with an OBD2 scanner, you’ll get a glow-plug related error code such as P0380, which translates to “Glow Plug/Heater Circuit ‘A’ Malfunction.”

Is It OK to Drive With a Bad Glow Plug?

Over time, glow plugs will wear out and negatively affect the performance of your vehicle. The vehicle might continue to start, and you can still drive it, but not as efficiently as when it had sound glow plugs.

As the glow plugs become weaker, starting the vehicle will take multiple tries, and reaching higher speeds will require flooring the gas pedal. If you live in colder regions, the vehicle won’t start at all, since the glow plugs can’t generate enough heat to trigger combustion.

Aside from the inconvenience of needing multiple attempts to ignite the engine and driving at reduced speeds, faulty glow plugs will compromise your vehicle’s fuel-efficiency. They will also increase the vehicle’s carbon footprint. Avoid these costs and inconvenience by replacing your plugs as soon as you notice any bad glow plug symptoms.

If you delay changing your glow plugs because of the cost, you should know that glow plug replacements are affordable. Depending on the quality and brand, you can get a new glow plug for anywhere between $25 and $50.

If you have the tools, you can escape labor costs by changing the plugs yourself. If you want to prioritize convenience and do the job done correctly, you can pay mechanic labor costs of $90 to $200 to replace your glow plugs.

Depending on the design of your engine and the mechanic’s expertise, the job can take up to two hours to complete. The longer the job takes, the more you’ll pay in labor costs.