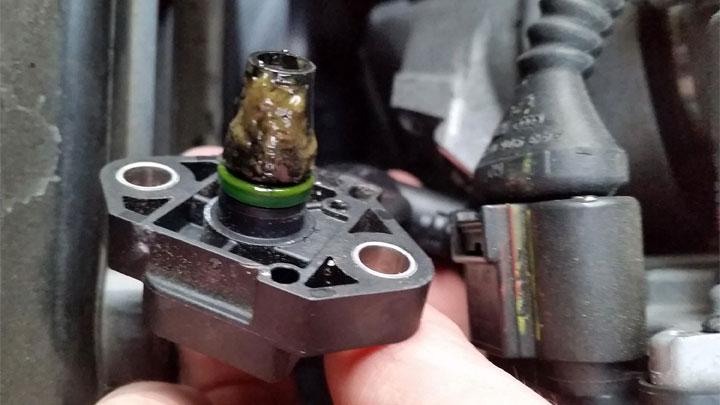 One would find themselves hard-pressed to recite the comprehensive list of sensors utilized by the modern automobile, in its entirety. Almost every function performed by today’s vehicles is now supported by feedback relayed by one or more sensors.

This feedback is comprehended by a vehicle’s ECM (Engine Control Module) and is used to quantify any number of equations necessary to sustain the efficient operation.

Just the modern internal combustion engine alone is home to dozens of sensors, each of which serves an invaluable purpose. One such sensor that is vital to efficient engine operation is the IAT (Intake Air Temperature) Sensor. This component plays a pivotal role in determining an engine’s desired air-to-fuel ratio, under a wide range of operating conditions.

Unfortunately, even the heartiest of Intake Air Temperature sensors can experience failure, with sufficient age and wear. This presents a host of issues for the average motorist, often presenting a number of mind-boggling symptoms.

However, by learning to recognize these symptoms, one can expedite the repair process, and return their vehicle to service in record time. Read on to learn more about the various symptoms associated with a faulty intake air temperature sensor, as well as how to handle such issues, should they arise in the future.

What Is an IAT Sensor?

As its name would suggest, an Intake Air Temperature sensor monitors the temperature of air introduced into an engine’s intake tract. Simply put, an engine’s IAT sensor works like a thermometer, in regards to the air ultimately being delivered to each cylinder for combustion.

However, instead of presenting a mercury reading, the IAT sensor provides feedback to the ECM/PCM in a voltage configuration.

An engine’s control software then interprets this voltage reading, converting it into logical temperature feedback. This feedback is used as a key figure in determining the necessary air-to-fuel ratio for efficient combustion.

This point hinges upon the fact that cooler air is far more oxygen dense than warm air, thereby proving more volatile to ignition.

Where Is the Sensor Located? 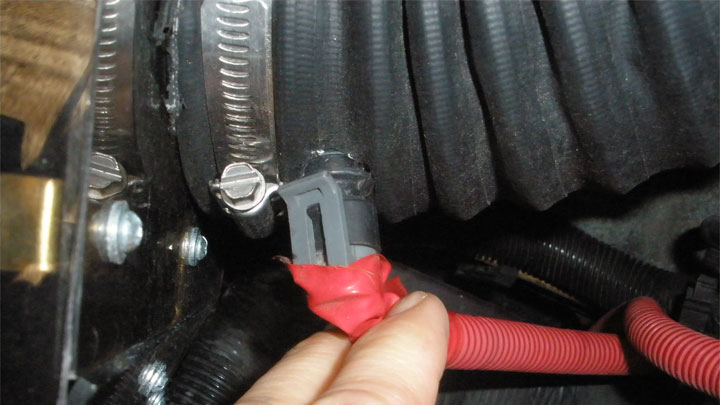 An engine’s Intake Air Temperature sensor is most commonly located within the intake duct-work that connects an engine’s air filter housing and throttle body. In the vast majority of applications, the IAT sensor probe will mount flush into the intake duct, with only the receptacle end of the sensor protruding into the engine bay itself.

In certain cases, a vehicle’s IAT sensor can also be located in alternative locations, such as in the intake manifold, or in the air filter housing itself. While this arrangement is far from standard, it has become more prevalent over the past decade.

The failure of a vehicle’s Intake Air Temperature sensor is often accompanied by a number of secondary symptoms, some of which tend to be more noticeable than others. When attempting to remedy the issue at hand, recognizing these individual symptoms is of the essence.

The following are several of the most common symptoms associated with a faulty IAT sensor.

In almost every instance, the presence of a faulty IAT sensor will cause a vehicle’s check engine light to illuminate. This occurs when a vehicle’s ECM or PCM stores one or more fault codes attributed to such a failure.

A faulty IAT sensor will often cause a vehicle’s engine to idle erratically, or to stumble noticeably at a stop. This is due to an engine’s inability to accurately determine the necessary air-to-fuel ratio for efficient combustion. 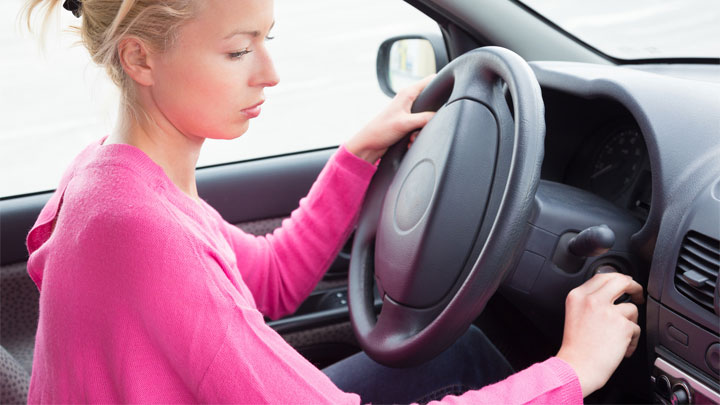 Yet another prominent sign of IAT sensor failure is starting difficulties. Due to the inability of a vehicle’s ECM/PCM to determine correct fuel trim values, an engine’s ability to start without issue is placed in jeopardy.

As an Intake Air Temperature sensor begins to fail, random engine misfires often come as a result. Again, this is due to the lack of accurate temperature readings, as a vehicle’s ECM/PCM attempts to determine proper fuel delivery. 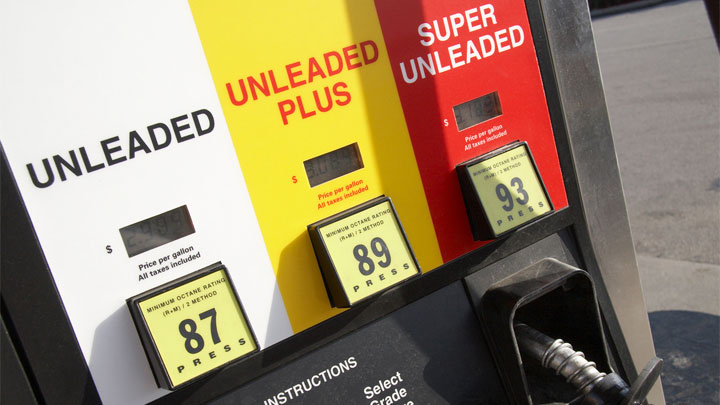 You might also notice a little extra pain at the pump if your engine’s IAT sensor is on the verge of failure. Increased fuel consumption often comes as the result of over-fueling, due to out of specification intake air temperature values.

What Causes the Sensor to Go Bad?

The most common cause of Intake Air Temperature sensor failure is a buildup of contamination upon the sensor’s probe.

This contamination often comes in the form of trace amounts of oil, though any type of airborne debris within an engine’s intake tract can cause similar issues. If heavy enough, fouling of this nature causes an engine’s IAT sensor to exhibit a “shorted” condition.

In rare cases, a vehicle’s IAT Sensor can also be damaged, at any point that it has been disturbed throughout the course of other maintenance or repair to an engine’s intake tract. This can even occur if excessive force has been placed upon the duct-work to an engine’s air filter housing, during routine air filter replacement.

How Long Do IAT Sensors Last?

Generally speaking, an engine’s Intake Air Temperature sensor is regarded as a consumable part, meaning that it will likely require replacement at some point within a vehicle’s lifetime. This is due in large part to the sensitive nature of the IAT sensor itself, as well as its tendency to become fouled by oil and other particles with an engine’s intake tract.

In most instances, one can expect their vehicle’s Intake Air Temperature sensor to last for an average of 5-10 years, though this number can vary considerably on a case-by-case basis.

Although, this is not to say that your vehicle’s IAT sensor will definitely fail within this period, as it is not unheard of for sensors of this type to last considerably longer under ideal circumstances. 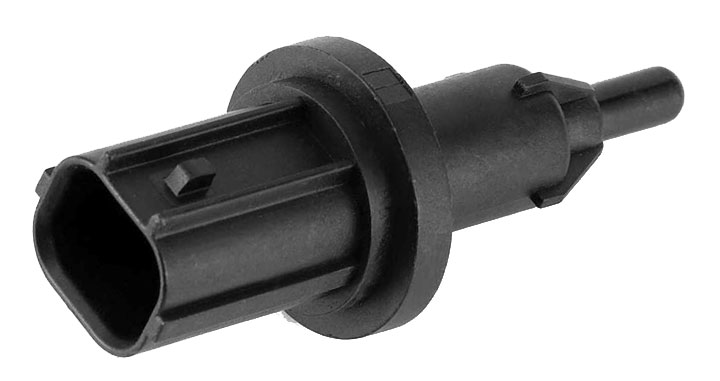 Luckily, the cost associated with intake air temperature sensor replacement is not as steep as that associated with many other forms of automotive repair. This is due to the relatively inexpensive nature of the IAT sensor itself, as well as its ease of replacement.

On average, replacement of an engine’s intake air temperature sensor costs approximately $50-$300. The price of the replacement IAT sensor makes up a rather small portion of this cost ($20-$125), while labor and shop costs account for significantly more ($30-$175).

Can You Drive With a Bad Intake Air Temperature Sensor?

While you can drive with a faulty Intake Air Temperature sensor in a pinch, doing so for extended periods of time is not advised. This is due to the numerous effects that a fault of this nature can have upon an engine’s performance.

A compromised IAT sensor can cause difficulty when attempting to start a vehicle and is also known to cause an excessively rough idle, all of which can worsen with time.

In any event, it is crucial to diagnose and repair issues pertaining to IAT sensor faults as soon as possible. Doing so often prevents a motorist from becoming stranded, or facing other forms of hardship.

If you do not feel comfortable tackling such repairs yourself, make an appointment with a trusted automotive service center at the first available opportunity.