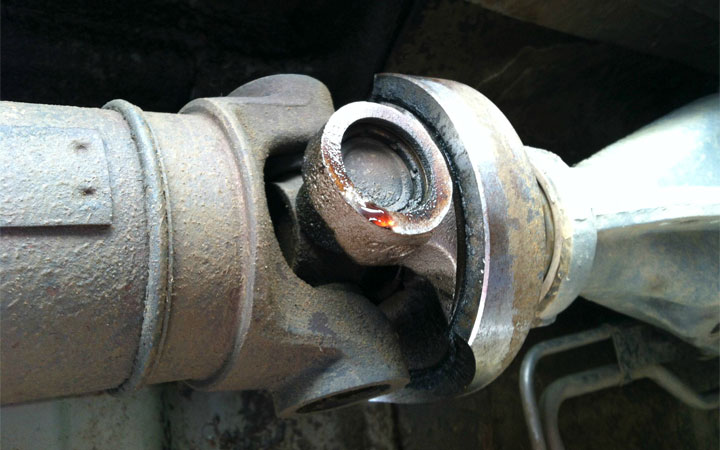 Everybody loves to focus on the engine and the transmission, but if you want your vehicle to operate properly there’s a lot more that goes into it. One of the most important components that delivers the power from your engine and transmission to the wheels is the driveshaft.

And the driveshaft has many components that leads to its proper operation. One of these key components is the slip yoke. While it does a great job of keeping everything running smoothly when it’s working properly, when it’s not it can lead to all sorts of problems.

We’ll break it all down for you here and highlight a few symptoms of a slip yoke that isn’t working the way it should.

What Is a Slip Yoke? 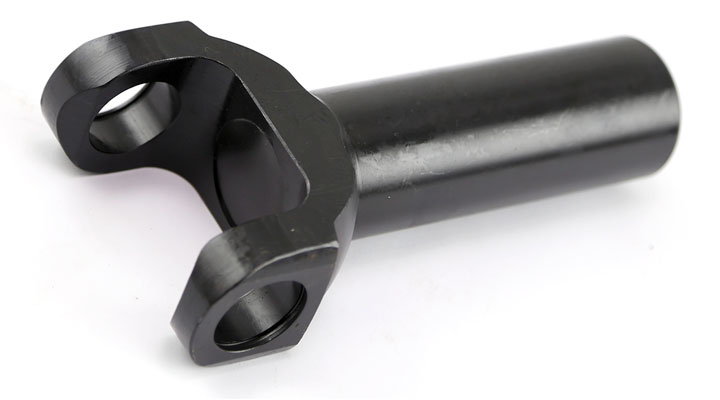 Before we can dive too far into how to identify a faulty slip yoke, you need to know what a slip yoke is.

A slip yoke gives your vehicle the ability to travel over uneven terrain without breaking things, which is a big deal whether you hit a pothole or if you’re trying to get off-road.

Related: What is a Slip Yoke Eliminator?

When you’re looking at different driveshafts you’re going to notice two main styles, the slip yoke and the fixed yoke. The difference between the two comes down to what’s moving when you’re going over uneven terrain.

With a slip yoke, it’s the yoke itself that is slipping out of the transfer case when you drive over uneven surfaces. The driveshaft is a fixed length, and it’s this slippage that allows the axle to move without completely destroying the driveshaft.

With a fixed yoke there’s no movement at the transfer case, and the driveshaft itself lengthens or shortens to meet the demands of the road.

While there’s not much of an advantage or disadvantage for either system for regular driving conditions, a fixed yoke has a few advantages if you’re looking to drive off-road. You can get sharper angles of operation and longer ranges of travel.

If you suspect you have a bad slip yoke, you’re likely to notice a thing or two, but you might not know what’s causing the problems you’re seeing. Below are the four most likely symptoms of a faulty slip yoke.

Your vehicle’s slip yoke holds the driveshaft in place, and if the splines start to wear down, there will be a little too much play in the system. This excessive play leads to the driveshaft jumping around with every bump or twist in the road, and this creates a ton of noise.

You’ll especially hear these clunking noises on uneven terrain when the vehicle bounces around a bit more. Just keep in mind that while a bad slip yoke can lead to a clunking noise, there are other potential causes for this noise too.

While this isn’t the most common symptom of a faulty slip yoke, if you have a slip yoke without enough grease, it’s certainly possible that it can create some whining sounds.

While this typically doesn’t come back to the slip yoke but to other issues with the drive shaft, it’s not impossible that a damaged slip yoke could create grinding or squeaking sounds.

It’s all about what slips into the worn slip yoke to create those sounds while you’re driving.

How Much Play Should a Slip Yoke Have? 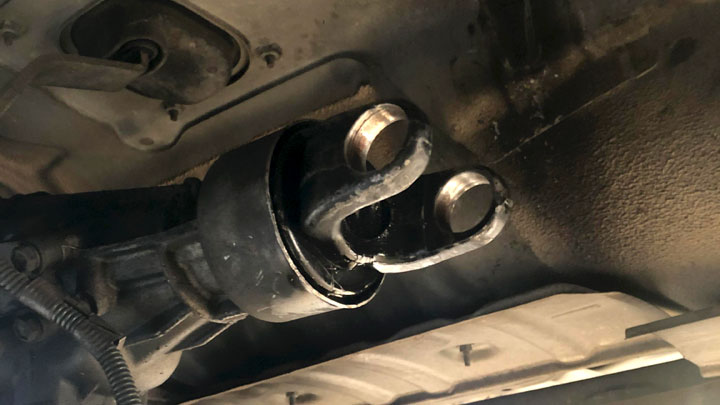 The amount of play a slip yoke has really depends on the type of vehicle you have and the overall size of the slip yoke and spline. That’s because the key factor is that there’s still at least two inches of the spline inside the slip yoke at all times.

However, if you go under and just start pushing the slip yoke up or down, it shouldn’t have any extra movement in the spline. It should remain firmly in place and only be able to move in and out under the proper demands.

The slip yoke uses splines to hold itself in place with the rest of the driveshaft, and if you hear a slip yoke clunk, it could be because these splines are wearing out.

Another potential cause of slip yoke clunk is that there’s not enough grease in the slip yoke. This can cause the slip yoke to get stuck and then “jump” to the correct location which can create a clunking noise.

If the slip yoke has damaged splines, there’s really not much you can do to repair the slip yoke. In those situations, you’ll need to replace the entire slip yoke to eliminate the excessive movement.

However, while this is certainly possible, it’s far more likely that your current slip yoke problems come from a lack of grease or old grease. The slip yoke is a component on your vehicle that requires routine maintenance, and if you don’t keep up with the new grease it can lead to problems.

But the good news is that as long as the lack of grease didn’t damage the splines, all you need to do is pump plenty of new grease into the slip yoke and it should clear up any problems that it has!