Diesel engines have a bad reputation when it comes to emissions and cleanliness. The large diesel trucks spewing out large amounts of black smoke (rolling coal as they say) have always been frowned upon.

It also doesn’t help that the recent scandals involving Volkswagen have vehicles with diesel engines on the receiving end of a lot of hate. However, the fact of the matter is that diesels aren’t as bad as most people make them up to be.

Just because there’s black smoke exiting the exhaust doesn’t mean diesel is any more harmful to the environment. What people don’t realize is that all internal combustion engines, even gasoline ones, emit emissions, we just can’t see them. Placed under a UV/infrared camera, you’ll be able to see this.

Still, it’s not normal for any diesel engine vehicle to be spewing out large amounts of black smoke. New, common-rail diesels are a massive improvement over the older diesels and rarely emit any smoke from the exhaust.

If they do however, it’s because there’s a defect and it needs to be addressed in the shortest time possible. It isn’t just bad for the environment, but bad for your wallet.

Black smoke often equals less mpg and ultimately, more money wasted on fuel. Below are some causes and some tips on how to reduce black smoke from the exhaust of your diesel engine vehicle.

See Also: Causes of Blue Smoke From Your Exhaust

Top 4 Reasons for Too Much Black Smoke From Exhaust

Look at the fuel delivery system. Try the simpler stuff first. Go over the injector timing and the EGR system. If there’s an issue with it, an EGR valve may need to be replaced. If that doesn’t fix it, it’s most probably a mechanical issue.

Check the injectors. It’s possible that they’re clogged up or that they simply need to be replaced. Wrong valve clearances have been known to give the same problems, but that’s uncommon. Black smoke exiting the exhaust means one thing: the fuel is only partially-burned fuel. A normal engine burns all of its fuel, giving out water and CO2. Black smoke indicates that something is causing the fuel to only burn partially and an incorrect air/fuel mixture is the result.

Because diesel fuel is only part of the mixture in the combustion process, we have to take a look at the other one: air. If there’s not enough air getting through to the engine, the mixture will be too rich, i.e. the ratio will favor the fuel.

Check the air filter for starters, and replace it if it’s dirty. If there’s not enough air getting in you’ve found your culprit. The mass airflow sensor (MAF) is responsible for making sure the correct amount of fuel is mixed with the air that’s coming into the engine. If the MAF sensor is bad, it may register more airflow coming in that is actually occurring. This results in an excess amount of fuel being injected into the engine. The end result is unburned fuel showing up as black smoke. If your car is older and has more miles on it, it could very well be that it’s simply accumulated a lot of combustion product in critical areas resulting in less than ideal functioning. Because diesels run for longer and the fact that diesel is crude fuel, with no detergents from the refinery, diesel engines are prone to carbon buildup

The fix in most cases is easy. Add a detergent additive to your diesel fuel, and do it on a regular basis. My favorite diesel engine additives at this time are Liqui Moly Pro-Line Engine Flush and Hot Shot’s Secret Diesel Extreme. Both are known to do a fantastic job. 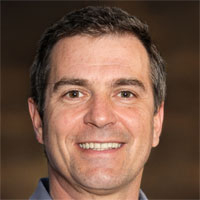 Mark Stevens
Owner at Car Treatments
Having turned wrenches on vehicles for over 18 years, Mark has a passion for cars and writing about them. As the owner of Car Treatments, he works with a team of automotive experts (in their respective fields) to publish new content on a regular basis.