A car engine is bound to make noises. After all, there are so many moving components and parts inside of an engine as it is running. Most of these noises are not very loud and they are nothing to worry about. But there are times when engine noises will sound a bit unusual or strange.

A good example of this is when there is a ticking noise coming from the engine. A ticking sound could be caused by any number of reasons, such as a low level of oil or loose components.

You may hear a ticking, clicking, or tapping noise while the vehicle is idling, accelerating, or even after receiving an oil change. To understand what the actual problem is, you must understand the signs to look out for.

Below are the top 5 reasons your engine is making a ticking sound:

Perhaps you have damaged or worn out gaskets or seals. Either way, you will know if you have low engine oil because your engine will start to overheat. It needs the oil to cool it off.

Therefore, if you hear ticking sounds in addition to any of these other symptoms, then it’s likely due to your vehicle being low on oil. 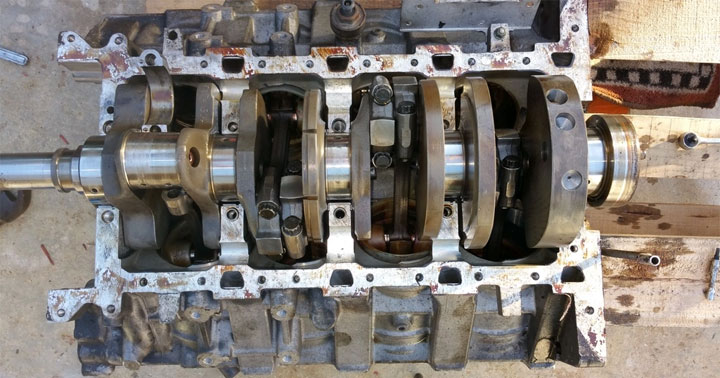 If the bearing attached to the rod has gone bad, then the rod will knock around and cause a ticking sound. This happens if you have a worn out bearing because it will cause the rod to move.

There won’t be any temperature changes to the engine, but the RPM of the engine will change. The only real solution to fixing the rod knocking problem would be to rebuild your entire motor, which is obviously going to be expensive. But it will have to be done sooner or later.

This will be the best-case scenario for engine ticking. Certain model cars with a fuel injection system will have ticking sounds whenever the fuel injectors start firing.

This is basically the valves of the injectors that are quickly opening and closing in order to allow the proper fuel amount to enter the internal combustion chamber. This sound is nothing to worry about and is part of the normal operation of your vehicle.

A valve train that is not adjusted will cause ticking sounds. This is often the cause of these sounds, so you might want to check this first.

When your engine spins a couple of times, the valves open and close. There is something called a rocker arm which is responsible for opening and closing the valves. The camshaft has a pushrod which controls the rocker arm and it needs to be the precise distance from the valve.

This is especially true because the valves move so fast and at a short distance. If the adjustments are not exactly right, then the components will move around and cause the ticking sounds.

142 thoughts on “5 Causes of Engine Ticking Noise (At Idle, Acceleration, & After Oil Change)”