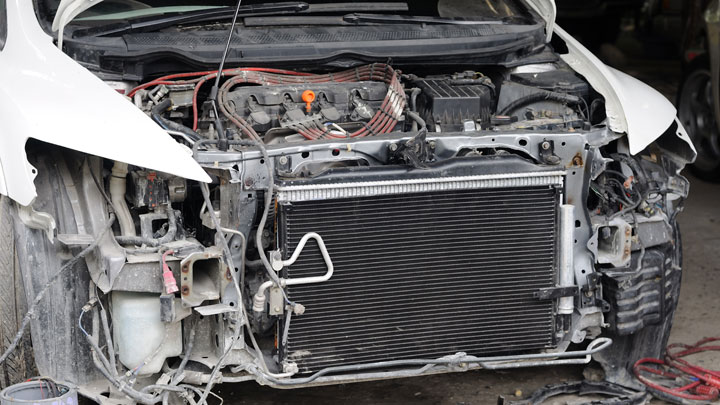 As an engine runs, it produces heat. The purpose of the radiator is to cool the engine and prevent it from overheating. A car’s engine uses coolant to absorb the heat and transfers it to the radiator where it cools down. Once it cools, the coolant is sent back into the engine and the process starts over again.

When your radiator is clogged, not working as efficiently as intended, or has simply gone bad, not enough cooling is taking place inside the engine. This can result in your car overheating and if not fixed soon enough, permanent damage to the internals of your engine.

A radiator can be clogged from the inside, outside, or simply fail altogether. Here are some signs of a clogged radiator you’ll want to look for before expensive engine damage occurs.

Common Symptoms of a Bad or Clogged Radiator

Since a functional radiator prevents the engine from overheating, you will know something is wrong with the radiator if the engine starts overheating.

A normal operating temperature for most cars is somewhere between 195 and 220 degrees F. If the temperature falls slightly out of that range, it’s often not a cause for alarm, especially in summer months when the air conditioner is constantly running.

But if the temperature consistently stays on the hot side, it’s possible you have a clogged radiator. This usually occurs from corrosion due to rust, internal deposit buildup over time, or debris getting stuck in the radiator which prevent the proper amount of coolant from circulating through the radiator and your engine.

The housing or cooling fins may develop tiny holes or cracks on them when the radiator is clogged due to severe rust buildup. Once this happens, you may be able to see small drops of coolant on your garage floor or driveway.

The rust inside your radiator often forms due to a low quality coolant or adding regular tap water (instead of distilled) to the coolant mix which has many more contaminants. If a radiator flush is not regularly done, more and more rust will form and start eating away at the radiator tank.

With even the slightest coolant leak, your vehicle will be forced to operate with an insufficient amount of coolant and the low coolant level light may illuminate in your dash.

If you don’t fix the leak as soon as possible (or at the very least keep the coolant level topped off), your engine may overheat and even need expensive repairs due to internal damage.

Vehicle coolant should be a bright color, often green, yellow, or orange (but sometimes red, pink, or blue) and flow freely through the radiator and coolant passages within the engine.

Over time, internal deposits and even sludge can contaminate the coolant. This will turn it into more of a rusty color or even the color of oil. Checking the coolant overflow tank is often the easiest way of checking the condition of the coolant.

This contaminated fluid will also be slightly thicker and not allow it to easily flow through the cooling system. This in turn starts to clog up the radiator and if you let it get bad enough, the radiator’s efficiency may reduced to the point of causing your car to overheat. A radiator flush should be performed asap.

In addition, some vehicles have a transmission cooler located within the radiator. If a leak occurs in the barrier that separates the two, the coolant and transmission fluid would mix and cause double the trouble. 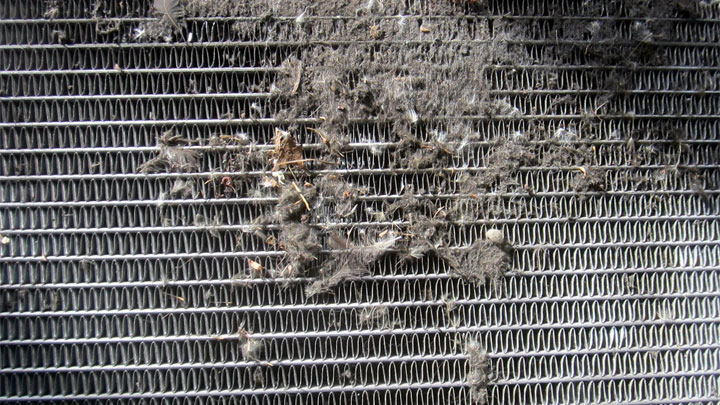 Radiators are designed for maximum cooling. To accomplish that, thin fin tubes run across the front of the radiator. These tubes carry hot coolant. As you drive, the radiator fan pushes outside air on and around these fins to lower the temperature of the coolant before it flows back into the engine.

If these tubes become clogged up by dirt, bugs, leaves, or other material, the airflow is blocked which doesn’t allow the coolant to cool as much as it needs to.

On most cars, there is usually enough access (you may need to remove a plastic cover or two) to use a garden hose and spray nozzle to wash off any debris that may be blocking the front of the radiator.

#5 – Bent or Damaged Fins on the Radiator 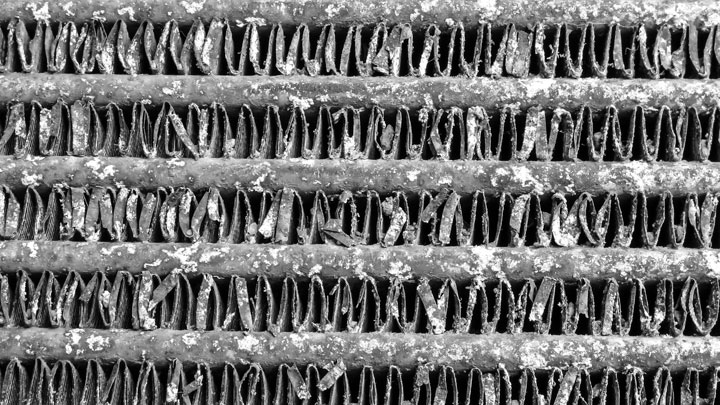 In addition to clogging due to foreign material stuck to the front of the radiator, airflow can also be blocked when enough fins get bent or damaged. These fins are extremely delicate and a piece of tiny gravel hitting them while driving can cause damage.

Damage can also occur during installation of a new radiator or even when spraying water to clean off the fins.

If too much water pressure is used such as when using a concentrated stream or pressure washer, the fins can easily bend and block the flow of air. When enough fins are damaged, it can clog the radiator enough to cause engine overheating.

#6 – Heater for Passenger Area Not Working 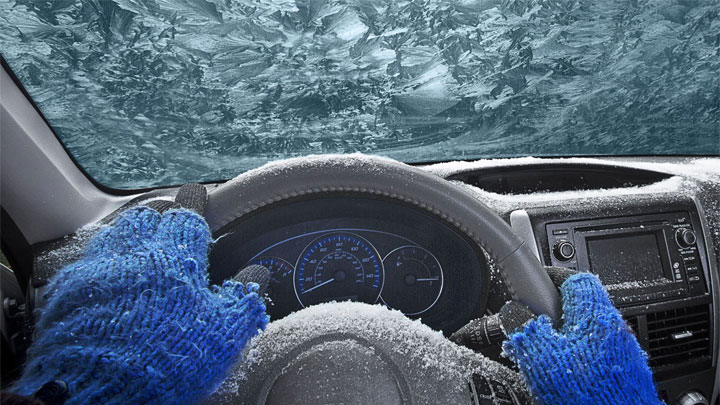 The cabin heater of a car depends on hot coolant passing through the heater core and then the resulting hot air being blown into the passenger area by a blower fan. If the radiator is clogged or has a leak, not enough hot coolant makes its way to the heater core to allow proper warming of the car’s interior.

A bad thermostat is most often the issue but sometimes, an issue with the radiator can be the culprit. 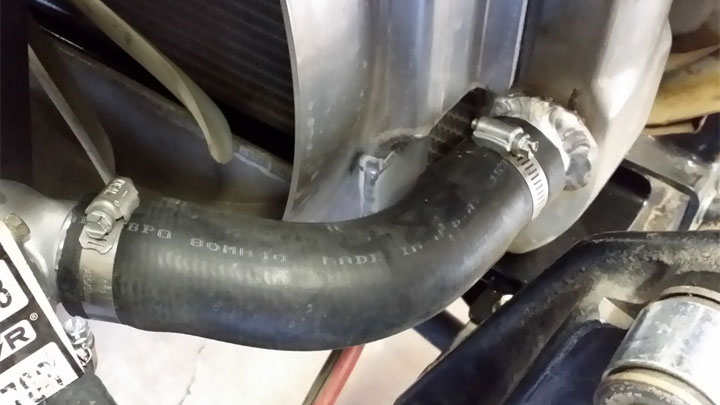 If your radiator is doing its job, you will notice that the top radiator hose can be very hot to the touch but the lower hose is merely warm as the coolant travels through the radiator.

But after driving around a bit you notice that the lower radiator hose is cold, there’s a chance your radiator has a blockage preventing the full flow amount from going back to your water pump. 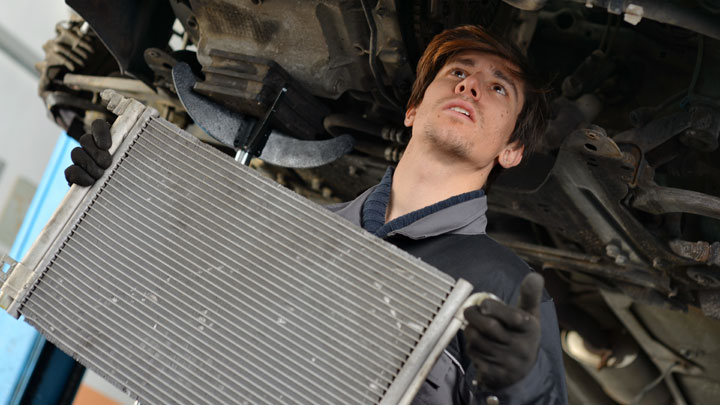 A typical radiator with aluminum core and plastic tanks can run anywhere from $100 to $600 depending on vehicle make and model and whether it’s OEM or aftermarket.

Something like a Ford Focus radiator is going to be on the lower end while something like a Chevy truck with a large Duramax engine (with built in oil cooler) or luxury car will be on the upper end.

The amount of time it takes to replace a radiator also varies. For some cars with easy access, it can be a 1-hour job while some tighter, more complicated set ups (ie: Audi or Porsche) can take closer to 3 hours. Expect to pay somewhere in the vicinity of $100 to $300 for labor.

In addition, other parts may also be necessary as part of the job. New coolant is usually needed and sometimes hoses, hose clamps, radiator cap, and the thermostat are also replaced at the same time. Factor in an additional $15 to $100 in miscellaneous parts.