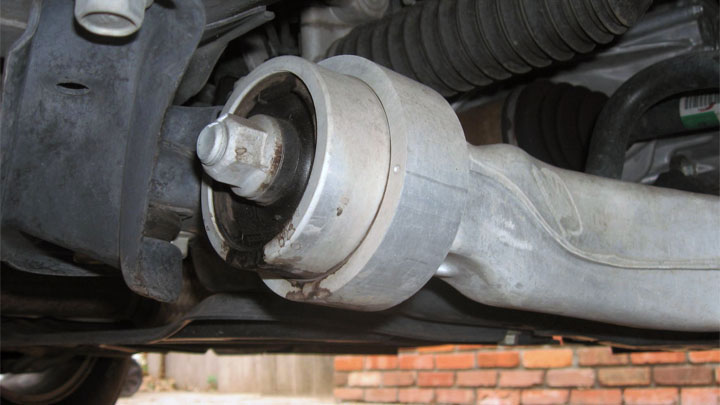 Just as every skeletal system has cartilage to cushion and align bones at a joint, every vehicle has control arm bushings at the joints between the upper and lower control arms and the vehicle’s frame.

These bushings are comprised of a cylinder of rubber or polyurethane bonded to a larger and a smaller cylinder of metal on the outside and inside areas, respectively.

The control arms are the pieces of metal which connect the vehicle’s frame to the steering knuckle, where the wheels and tires attach. These are critical to steering and suspension of the vehicle.

The end of the control arms that attaches to the steering knuckle has a ball joint to allow the turning movements to transfer to the wheels. When you have a worn out or bad control arm bushing, it can greatly affect how your vehicle drives.

How a Control Arm Bushing Works

The purpose of a control arm bushing is to reduce the amount of vibration created between the frame and the wheels and to keep the control arm aligned. Limited vibration makes for a comfortable drive with minimal unpleasant disturbances.

Without functional bushings, metal-on-metal contact is inevitable which causes increased vibration, driving discomfort, and other irritating and potentially dangerous problems.

Like most parts of your vehicle, the control arm bushings are going to wear out after a while. Wear can be accelerated by harsh driving conditions such as offroading, environmental factors, or by driving with aftermarket tires such as “plus-sized” tires.

These tires transfer more vibrations to through the bushings because they have a short sidewall in order to fit over a rim with a larger diameter.

Once bushings start to wear, you can expect a lot of problems to arise while you’re driving. Some of the most common signs are explained below.

When a control arm bushing begins to go bad on your vehicle, likely the first symptom you will notice is increased vibrations often felt in the steering wheel.

Usually the vibrations will intensify when accelerating, which can quickly become annoying. This is due to wobbly wheels because of excess play in the system.

When the control arm bushings become too loose or worn, then you will start to hear a clunking sound coming from underneath your car, caused by the bushing getting knocked between the frame and the control arm.

This sound will increase in intensity if you’re driving over rocky or rough terrain, though even small bumps or normal hard braking can cause the banging noise. 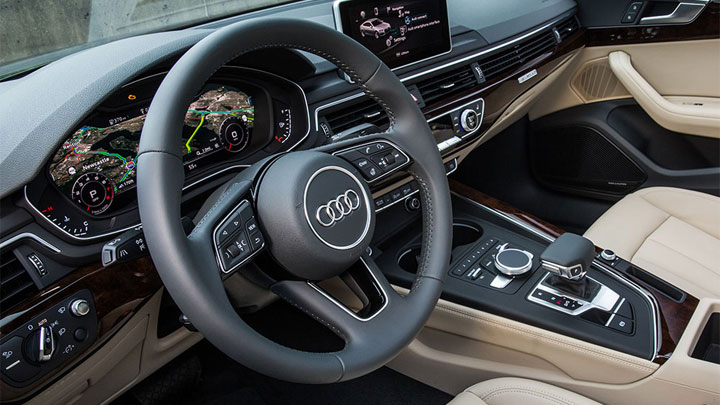 A steering wheel that pulls to either the left or right while driving can be due to misalignment caused by worn bushings. Since bushings hold the vehicle frame and control arm snugly in place, bad bushings leave room for abnormal and excess motion in the system which misaligns the wheels.

Even though the worn bushings cause misalignment in the suspension, getting an alignment done will not work if worn bushings are the cause as the components won’t hold position. When the vehicle is up on the lift or jacks, be sure to inspect the bushings for damage or abnormal movement. 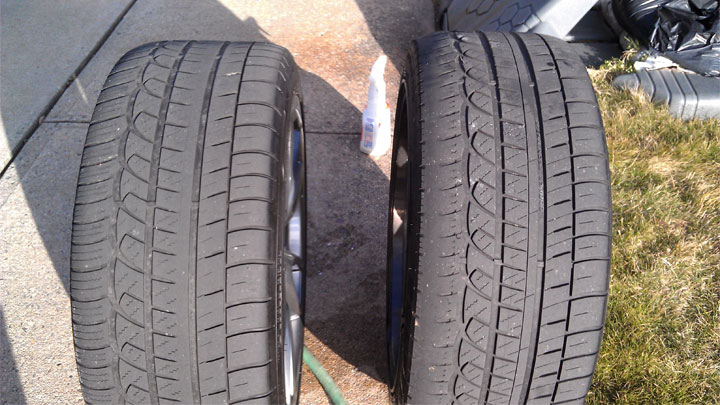 Examine the tire tread on your vehicle regularly to check for uneven tread wear. This problem usually indicates an issue with the alignment, and as explained above the alignment can be affected by worn bushings.

The vehicle can also show “normal” or “within range” specifications when being professionally aligned and still have uneven tire wear in this case. 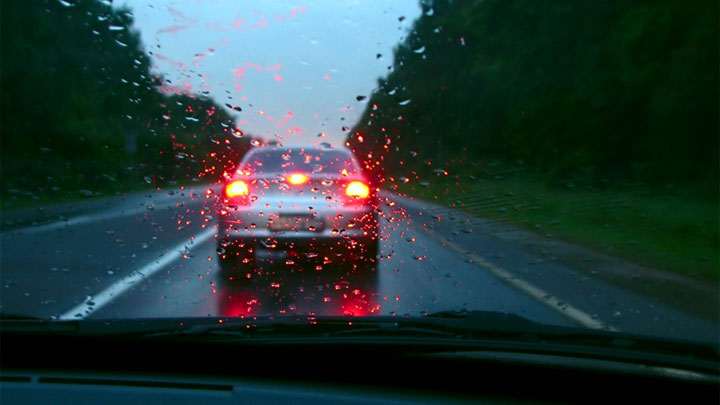 Control arm bushings are not directly involved in the braking system, but any instability in the suspension and steering components can cause problems with braking.

When braking suddenly, the front end of the car may continue to oscillate back and forth as the car slows.

Someone who is unfamiliar with cars might not understand what is happening when they hear strange clunking noises. Although there are many reasons for why abnormal noises might occur in a vehicle, a problem with the lower control arm bushing will create very distinct noises.

These noises almost resemble a knocking sound from around the control arm area. Here are five of the most common causes of lower control arm bushing noise:

Bushings do not last forever. The more mileage that is put on your vehicle, the more excessively worn your lower control arm bushing gets.

If you have a loose lower control arm bushing, then it will get knocked around between the metal components that surround it. This might not necessarily mean the bushing is worn.

Perhaps you drove over a bump which loosened it. Either that or a mechanic may have accidentally loosened it while working on another area of your vehicle.

Whatever the reason, loose bushings will consistently make the same knocking sounds.

A lower control arm bushing could break from being too worn out. It could also have been damaged accidentally by a mechanic who was working on something else.

A broken control arm bushing will create very loud clunking noises, which won’t be gradually louder like the worn bushings.

If you drive over uneven terrain, such as gravel or a rocky road, then the knocking or clunking sounds that you hear will be amplified.

A bushing in good condition would not get loosened or rattle around from driving over this kind of terrain. But if the bushing is not secured in its place, the erratic motion of the vehicle as it drives over this terrain could make the bushings loosen more.

If you have loose bushings, then you will hear the knocking noises the loudest as you’re taking off from a standstill. For example, when your vehicle is parked somewhere, and you switch the gear to drive and then floor the gas pedal, then the knocking will be the loudest at this point.

Can You Fix a Noisy Control Arm Bushing Without Replacing It?

If the bushing is just loose, then it was either knocked loose or not installed correctly. Chances are, you’ll be able to save this bushing by just tightening it.

However, in most situations, your bushing will be worn out and you will have to replace it. Either way, you should take your vehicle to your mechanic, so they can perform this repair or replacement job for you.

It is not a good idea to ignore the clunking or knocking noises because this could lead up to a steering malfunction where you won’t be able to control your vehicle’s direction anymore. It is best to get the problem solved at your earliest convenience. 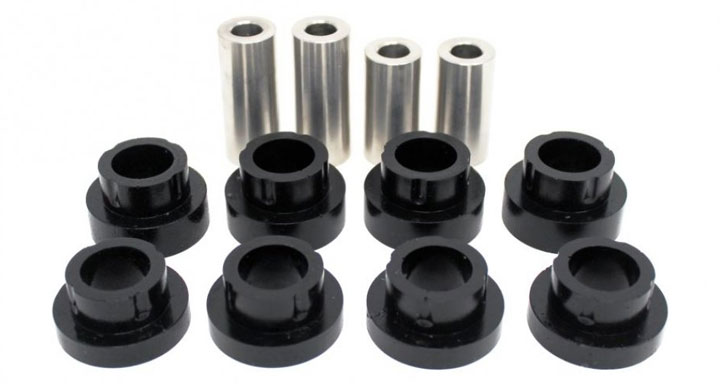 The cost to replace a control arm bushing will vary greatly depending on the make and model of your vehicle. The cost for a new bushing ranges between $5 and $150, while the average labor costs are between $100 and $300. This means you’re looking at a total of between $105 and $450 for one bushing replacement.

Usually fees and taxes are added on, and you may need to replace other suspension components at the same time or have an alignment done.

When replacing suspension components, it is possible you may not need an alignment if the ride height stays the same and any eccentric bolts are left alone, but ultimately this is up to the mechanic’s professional opinion (and the factory manual).

To find the best deal, shop around at different auto parts stores. This job can sometimes be done by an experienced home mechanic but it may be difficult to remove the old rubber bushing. 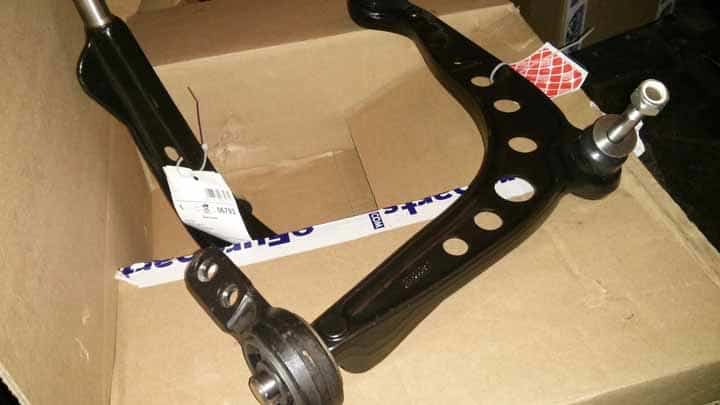 It is best to replace all of the control arm bushings at once as when one is worn, it’s likely that the others will soon follow. Check the bushings visually for visible damage such as tears or hollowing of the rubber.

Make sure the ball joints are inspected as the bushing replacement is done, as some of the symptoms can also indicate a failing ball joint. This can be disastrous as the front wheel can completely detach if the ball joint breaks while driving.

Which control arm bushings you use to replace the worn ones depend on how you intend to use your car. OE (original equipment) bushings are made of rubber and provide the most comfortable driving experience.

Aftermarket performance bushings are usually made of polyurethane and increase precision in handling but also make for a firmer ride. These need regular (every two years or so) lubrication for optimal function as the lubricant is lost over time.

Some aftermarket bushings are made of steel, and these are only good for a completely flat racetrack as they provide no control over vibration.