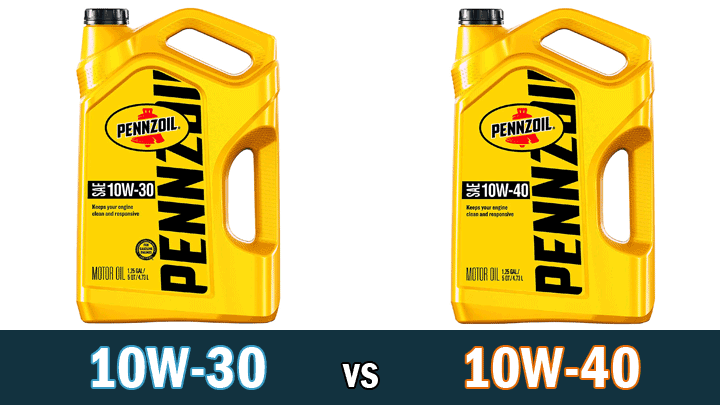 When your engine is running, your vehicle is constantly pumping oil through it to lubricate its metal components. If these components do not receive the proper lubrication they require, they will become worn down and eventually fail to function properly.

Not only that, the engine itself will become overheated from all the heat generated through friction by the moving components. However, you cannot just put any kind of oil in your vehicle. It needs to have the proper weight and thickness to be able to sustain certain operating temperatures of the vehicle.

Two common types of oils found in vehicles are 10W-30 and 10W-40. These are multi-grade oils because they have numbers in front of and after the “W.” If it were just a single grade oil, it would be something like 0W30. 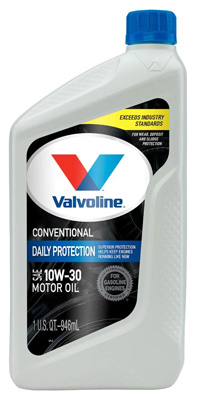 The 10W-30 and 10W-40 grades refer to the thickness level of the oil. But what do the numbers on engine oil mean? The first number is called the viscosity number. This is the measurement of how thick and sticky the oil is at lower temperatures. Once you know this, you will know how easy it will be for the oil to flow in the engine during the winter or in any cold temperature environment.

The “W” in these grades stand for winter. If you have a 10W, then it is thicker than an oil that is 5W. If you are driving a vehicle in hotter temperatures, like during the summertime, then it will be better to have a 10W (or even 20W) oil in your engine.

The reason is that the thicker oil like this will thin out under hotter temperatures. This means that it will still be able to flow faster and allow your engine to perform well.

However, if it were the wintertime with cold temperatures outside, the 10W oil might cause the flow of oil in the engine to slow down. But, if you consider the second number after the “W,” then you might be okay.

Important
It is always recommended to follow the vehicle manufacturer's motor oil recommendation. With some cars, using a specific type of oil and weight is critical. While others may be more flexible to the type and viscocity.

The second number after the “W” refers to the oil’s ability to flow under hot conditions. This could be heat generated from the engine itself and/or from the temperature outside.

The higher the second number is, the more heat resistant it will allow the engine to be. Many car owners will use 10W-30 in the wintertime because this is when it does the best job of reducing temperatures inside the engine. 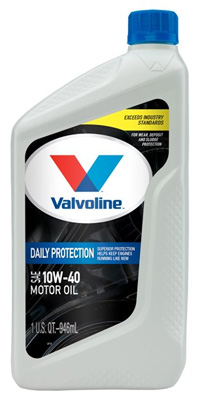 The number “40” after the “W” means it can withstand hotter temperatures than the 10W-30 oil. For instance, if your engine tends to overheat or operates on high performance conditions, then you might find it better to use 10W-40 because it will flow more easily and do a better job of protecting your engine’s components.

It does this by sticking to these components so that they can stay protected from the friction caused by the metal parts rubbing together.

In conclusion, the only things that make 10W-40 and 10W-30 different from each other are their operating temperatures and thickness levels. Since their first viscosity number are both 10, their flow will be relatively the same under cold temperatures.

The big difference comes when operating under hotter temperatures. The W-30 is standard, but you might find a smoother engine operation with W-40 if the temperatures outside are too extreme.

But if you happen to move to a new location with a different climate, then the manual’s recommendation sometimes won’t factor this in. You will need to alter the oil type yourself based on the temperatures outside.