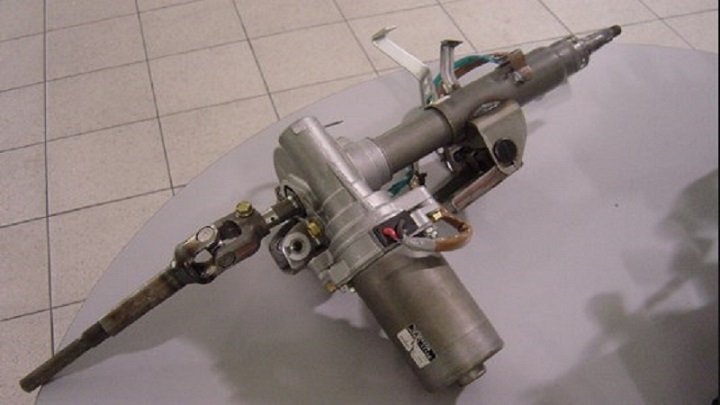 Power steering is a system in cars that makes it easier for drivers to steer their wheels by assisting them with the torque. The traditional form of power steering is hydraulic power steering, which consists of hoses, drive belt, fluid, a pulley and a pump. Basically, it works by having the pump attached to the car’s engine and uses hydraulic pressure to multiply the force that the driver puts on the steering wheel. This pressure is generated by the rotary vane pump within the car’s engine. So if the wheel is turned, the hydraulic pressure will increase the force of the turn by adding more hydraulic fluid through the valves and into the cylinder. The hydraulic cylinder then puts pressure on the steering gear and then the wheels get steered as a result.

Nowadays, most cars are built with electric power steering which does not require all of these other components used in a hydraulic power steering system. Instead, the electric power steering system has an electric motor placed onto the steering rack along with sensors that can detect the driver’s torque. Each turn of the wheel the driver makes will affect the amount of electricity that gets generated by the engine. In other words, this power only gets generated and used after the driver turns the wheel. That way the car is not consuming too much power from the engine that it doesn’t even need when the driver isn’t turning the wheel. This will save you plenty of money in auto repairs involving the engine in the long run.