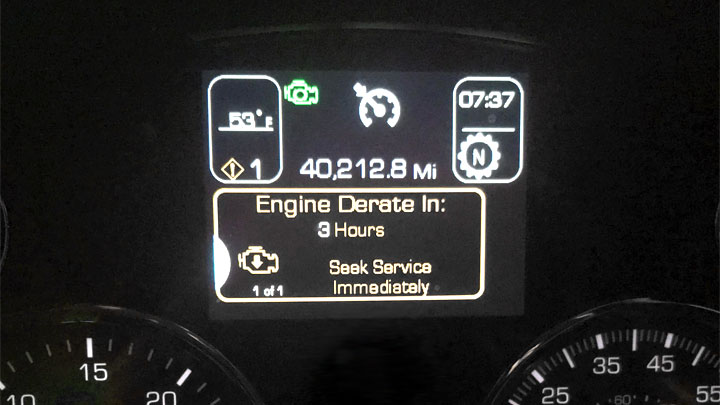 For decades, the diesel engine has tirelessly served the heavy-duty transport industry. Diesel engines, or compression engines as they are also known, can be found powering everything from ¾-ton pickups to locomotives and barges. Known primarily for its reliability, the diesel engine has moved more raw tonnage of shipped goods throughout the last 100 years than most could fathom.

Though hearty, the diesel engine is not impervious to occasional breakdown. This is especially true of late-model diesel engines, which come equipped with a host of government-mandated emissions equipment. These newer engines are now electronically controlled and are capable of limiting output when one or more operational faults are recorded.

This load-limiting function is referred to by most manufacturers as “derate”. Every diesel owner or operator of a diesel truck should familiarize themselves with the details of this function, as it has a direct bearing upon their day-to-day travels. More importantly, a derated truck can leave its operator in quite a bind, especially if they do not recognize the potential ramifications of this function.

Read on to learn more about the potential causes of engine derate, as well as how to address such issues as a whole.

What is Engine Derate? 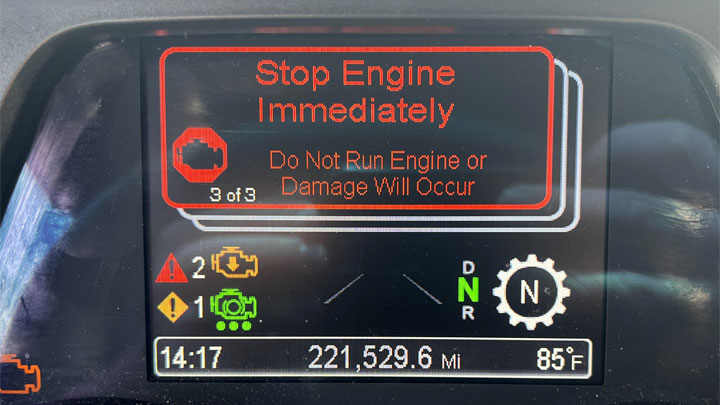 As mentioned, engine derate is a self-protective, or load limiting function that comes pre-programmed into the operating software of most modern diesel engines. This function first became prevalent during the earliest years of the new millennium, when more stringent diesel emissions standards were enacted by the federal government.

The principle of engine derate is quite similar to that of “limp-mode” features utilized by many gasoline-powered vehicles. When an engine enters derate, overall performance is significantly limited, as a means of self–protection.

In this stifled state, an engine generally produces just enough power for its operator to exit the roadway, and seek further technical assistance wherever it is safe to do so.

The exact extent to which a truck derates, or reduces power, varies by manufacturer. Certain engines, such as those bearing the Cummins or Paccar name, feature multiple states of derate, the first of which only limits power to a moderate level. This buys a motorist time to seek assistance and allows them to travel to the nearest truck-qualified truck shop.

However, these same engines, often found in Peterbilt and Kenworth trucks, can also enter a far more severe 5 MPH derate, if the issue at hand is not quickly recognized and remedied. This heightened level of derate is also common in Volvo-brand trucks, as well as some consumer-grade pickups.

If earlier steps of derate are ignored, a truck can actually be forced into a derate-induced shutdown, which will most certainly require the affected vehicle to be towed to a shop for repair.

Additionally, a number of manufacturers have been known to disqualify specific segments of a vehicle’s powertrain warranty, if this level of derate has been reached in the past.

Engine derate can be caused by a number of specific faults, most of which relate to a truck’s emissions system. Some of the most common of these issues include DEF quality and DPF/SCR catalyst efficiency faults. In general, faults of this type impede upon a truck’s ability to successfully complete its automatic regeneration cycle.

“Regeneration” is a term used to describe the conversion of soot and other particulate matter trapped within a truck’s DPF (Diesel Particulate Filter) into ash. This conversion is achieved through the application of heat and specialty chemical compounds. Diesel exhaust fluid is also introduced into a truck’s SCR catalyst to reduce nitrous oxide emissions. 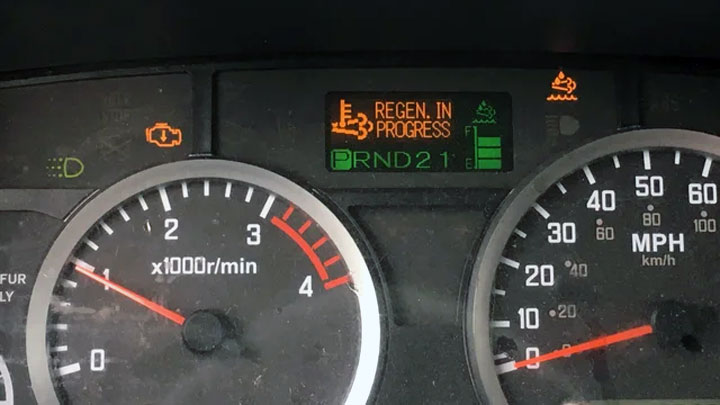 The modern diesel engine features a number of sensors within its exhaust tract to monitor the efficiency of such reactions. The most prevalent of these sensors include back-pressure sensors, pressure differential sensors, and temperature sensors. If any of these specific sensors provide feedback that is out of specification, engine derate is likely to result.

Outside of standard emissions-related faults, derate can also be induced as a matter of self-protection under a range of additional criteria. However, the exact point at which derate is induced in this manner varies significantly from one manufacturer to the next.

Many trucks will derate if engine coolant or oil levels drop below a specified level, or if overheating is detected.

How to Clear an Engine Derate 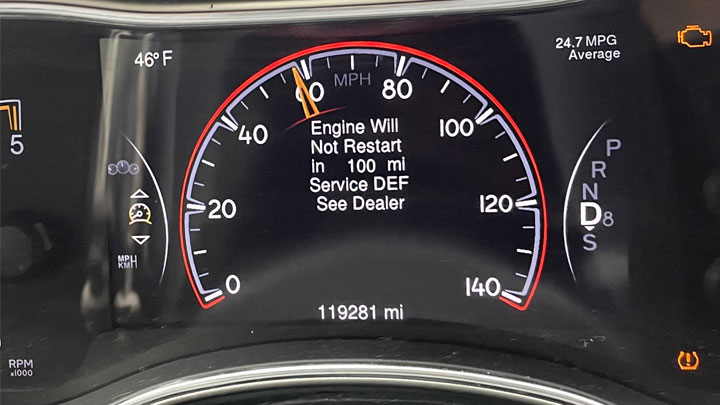 Unfortunately, the issue of engine derate is not easily addressed by the average operator or at-home mechanic. This is due to the fact that most manufacturers require a derate condition to be addressed and reset with the use of an OEM-specific scan tool (not your common OBD2 scanner).

This, in turn, leaves most motorists without recourse, outside of visiting an authorized vehicle service center that has proprietary software at their disposal.

Additionally, the underlying fault that has led to an engine’s derate condition must also be remedied before full power can be restored. In many cases, a technician can perform a forced-regeneration (exhaust system cleaning), and reset a truck’s derate status. However, if the exact cause of this excess soot-loading is not identified, further derate will occur in short order.

Forced regeneration can also be used in some cases to buy a certain amount of time before more significant derate protocols are initiated. While such features are not always accessible without a scan tool, some trucks feature a forced regeneration switch that allows a driver to manually initiate the regeneration sequence. This must be done while parked, in a safe location, and away from other vehicles.

In any event, the root cause of engine derate should be addressed as soon as possible. This prevents further levels of derate from being registered and circumvents potential engine damage in most cases.

If you do not feel comfortable tackling such repairs yourself, or simply do not have the proper equipment at your disposal, an appointment should be made with a qualified service center as soon as possible.

2 thoughts on “What Does Engine Derate Mean? (and What Causes It?)”