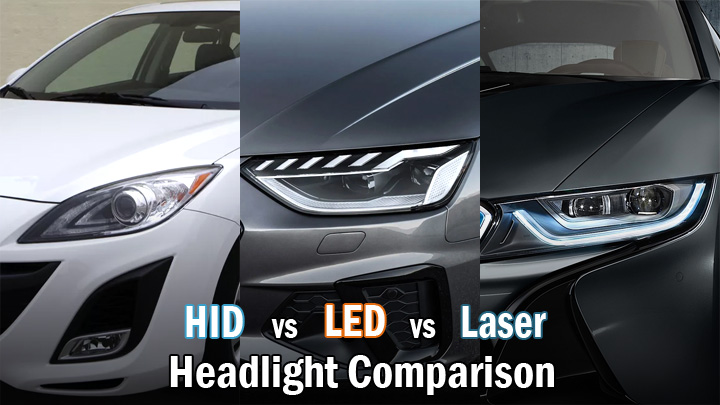 In order to stay safe behind the wheel, a driver must remain attentive, constantly taking stock of their surroundings. While this tends to be a rather straightforward affair when driving during the day, complications tend to arise as darkness falls.

Poor visibility often casts doubt when making crucial decisions from the driver’s seat, posing a number of potential hazards. Luckily, many such difficulties can be negated through the use of upgraded headlights, which are now widely available to all consumers.

These types of headlights are designed to cast far more light into your path of travel, than that produced by standard Halogen bulbs. Among the most pertinent of these options, are HID, LED, and Laser headlights.

In many cases, motorists encounter a certain amount of difficulty when attempting to differentiate between these individual headlight configurations. This often leads to confusion, especially when determining which specialty headlight offers the best value in any given situation.

The following guide will assist you in determining the best headlight for your specific needs. Read on to learn more about the unique characteristics of HID, LED, and Laser headlights.

What are HID Headlights? 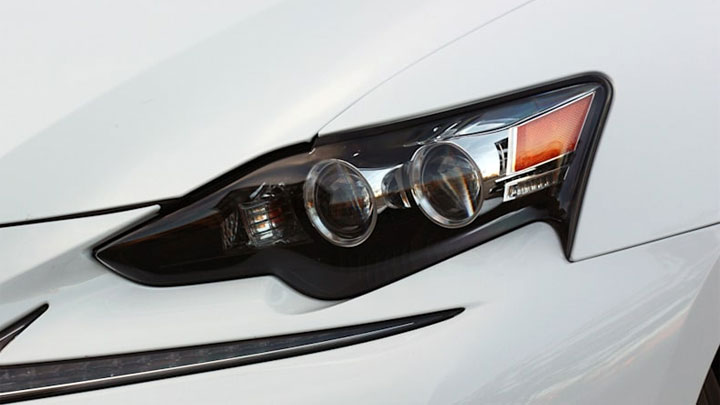 HID stands for High Intensity Discharge. When employed in an automotive headlight bulb, this technology lights the way in a manner that is unimaginable with the use of standard halogen bulbs.

HID headlights forgo the use of a traditional filament strand. Instead, bulbs of this configuration rely upon the use of xenon gas as their source of illumination.

Xenon, in high-pressure form, is excited through electrical input from an HID headlight’s high-voltage electrodes. Once excited, this supply of xenon is superheated into a plasma state, which presents a rich light-blue or white illumination.

Most HID headlights are used in conjunction with projector beam assemblies, which are intended to concentrate and direct the bulb’s beam. This maximizes the effectiveness of HID headlights, while also minimizing the chance of inadvertently blinding fellow motorists.

HID headlights have now been around for quite some time, first appearing in the 1991 BMW 7-Series. Over the 30-years since their rise to prominence, HID headlights have become known for their long service life, which averages more the 30,000 hours in most applications.

Overall, HID headlights serve as a viable alternative to the use of standard bulbs. In the majority of instances, properly installed HID headlights produce 2-3 times more output than halogen bulbs, while placing less draw on a vehicle’s charging system.

HID headlights can also be purchased for a relatively reasonable cost when compared to other types of aftermarket bulbs.

Related: How to Get Condensation Out of Headlights

What are LED Headlights? 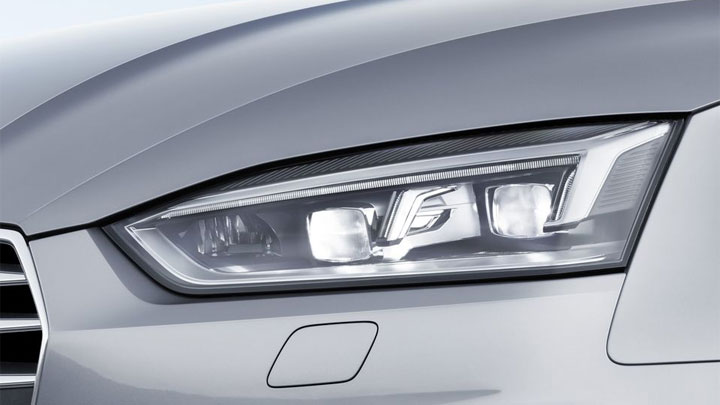 LED stands for Light-Emitting Diode. While LED technology has been used in various technical roles over the past several decades, lighting of this type has recently gained substantial popularity within the automotive industry.

LED headlights do not use pressurized gas within their design, as is the case in both halogen and HID headlights. Instead, LED headlights discharge light through semiconductors, or diodes.

When energized, an LED bulb’s diode converts its electrical load into light energy. This light naturally takes on a bright white color. In general, the light projected from an LED bulb is brighter, and of much greater intensity, than that emitted by most standard halogen bulbs

However, LED headlights also come in a number of individual colors. These varying colors are created through the use of colored lenses, which are applied over a bulb’s individual diodes. The legality of non-standard colored LED headlights generally differs by state.

Read Also: Turn Signals Blinking Too Fast? (A Bulb Upgrade Might Be the Reason)

One of the most significant advantages associated with LED headlight use applies to such a bulb’s relative efficiency. By design, LED headlights use a very limited amount of energy when in operation, especially when compared to that required by standard halogen headlights. This substantially reduces the load placed upon a vehicle’s charging system.

Overall, LED headlights prove quite valuable to the bulk of motorists who are in search of increased nighttime visibility. Lights of this configuration also look quite striking when in use, projecting a bright, crisp beam of light.

However, LED headlights also tend to be noticeably more expensive than both halogen and HID bulbs.

What are Laser Headlights? 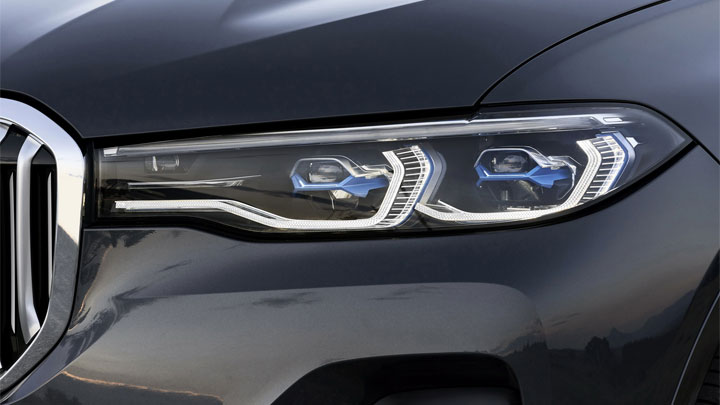 The advent of laser headlights is a rather new development in automotive design, when compared to the emergence of HID and LED headlights. This technology was first introduced by BMW in 2011 when exhibiting their i8 Hybrid Concept.

While headlights of this design do indeed feature functional lasers, they do not project light in the same manner as most motorists would assume.

Contrary to popular belief, laser headlights do not project actual laser beams onto the road ahead. On the contrary, the lasers used within the lights of this configuration are actually reflected into a yellow phosphorus-filled lens. This phosphorus reacts to the input provided by the assembly’s lasers, by emitting an ultra-bright light.

The light produced by this reaction is then projected outward by a specialized reflector, through the headlight assembly’s outermost lens. As a result, no direct laser beams are ever cast in any direction where harm can be done.

Most laser headlight assemblies even include safety features that disable operation in the event of compromise during a wreck.

A number of manufacturers, including BMW and Audi, state that the lasers found within these headlights are 1,000 times brighter than average LED bulbs.

As a result, laser headlights project with far more authority than any other type of light currently available on the market. This can prove quite valuable when navigating winding, or otherwise hazardous roads under the cover of darkness.

At the current moment, laser headlight assemblies command a much higher price than typical HID and LED bulbs. While these prices are expected to be somewhat higher than the latter, due to the complexity of laser assemblies, it is quite reasonable to expect the cost of such units to fall slightly in the future.

Which Headlight Technology is Best?

Choosing the perfect type of headlight for a particular application is largely subject to opinion. However, there are several situations in which one type of headlight carries a distinct advantage over its competitors.

If you find yourself in search of the brightest illumination for the money, it is quite difficult to argue against the value of HID bulbs. In fact, many new vehicles now come standard with HID headlights for this exact reason, including multiple models offered by Toyota, Lexus, Ford, and Audi.

On the other hand, many who own high-end performance vehicles or sports cars, find favor in LED headlights. This is often due to the crisp, striking appearance of the light emitted by LED bulbs, which often takes on a vivid white color.

For the driver that is interested in nothing but the latest tech, and has some extra cash burning a hole in their pocket, there is no more efficient lighting system available than those of the laser variety.

Laser headlights can project to distances in excess of 1/4 mile, thereby enhancing a motorist’s ability to identify and avoid hazards that lie ahead.