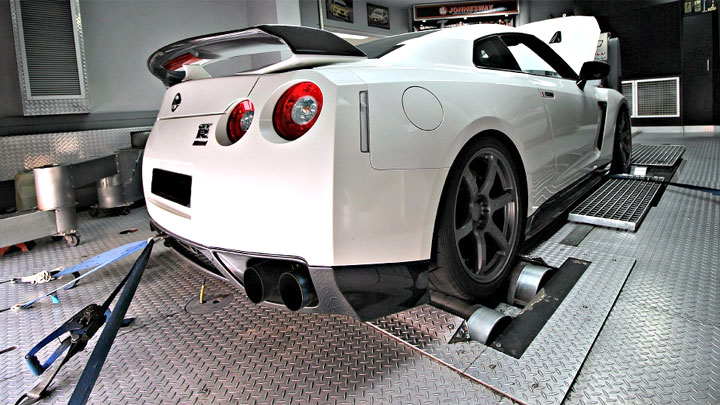 For most, no vehicle-to-vehicle comparison would be complete without discussing horsepower. After all, horsepower has long since served as the rating by which engine performance has been measured. Such figures are used to illustrate the overall output of a given vehicle, in relation to particular models offered by competitors.

However, complications often arise when one realizes that there is far from a single standard used to measure horsepower. Quite the contrary, a vehicle’s horsepower can be measured and recorded in more than one manner.

Three of the most common measures of horsepower include HP, BHP, and WHP, all of which differ in their means of rating output. Therefore, it is important to understand the difference between each of these measures, as doing so eliminates any misgivings toward a particular vehicle’s capabilities.

Read on to learn more about the differences between HP, BHP, and WHP, as well as the role that each designation plays when determining vehicle output.

Simply put, “HP” is the measure of an engine’s horsepower, without compensation for outside factors such as friction. HP seldom serves as an accurate measure of a vehicle’s capabilities.

In fact, the average vehicle experiences a 10%-20% loss in horsepower by the time an engine’s output is delivered to the vehicle’s drive wheels. Therefore, HP is relatively inconsequential, when determining how a particular vehicle will perform.

How is Horsepower Measured?

Horsepower (HP) is calculated based upon factoring in an engine’s displacement, stroke, and RPM. This figure is obtained solely through calculation, without actual real-world testing, and is known more specifically as indicated horsepower.

Therefore, there is little reason to believe that a vehicle would be capable of recreating such output in reality.

Brake horsepower (BHP) is the measurement of an engine’s output, prior to delivery through a vehicle’s transmission and driveline. Simply put, BHP is a real-world measure of an engine’s highest possible output.

However, as much as 15%-20% of an engine’s BPH will be expended before reaching the pavement, due to general friction and mechanical wear. However, BHP still proves far more realistic than “HP”, when determining vehicle output.

How is Brake Horsepower Measured?

Brake horsepower is measured through the use of a “brake-style” dynamometer. This device is capable of measuring an engine’s output at the flexplate (automatic) or flywheel (manual), where power is typically transferred downstream in a smooth, concise fashion.

However, these readings are not adjusted to compensate for the real-world loss of power that occurs throughout a vehicle’s drivetrain. 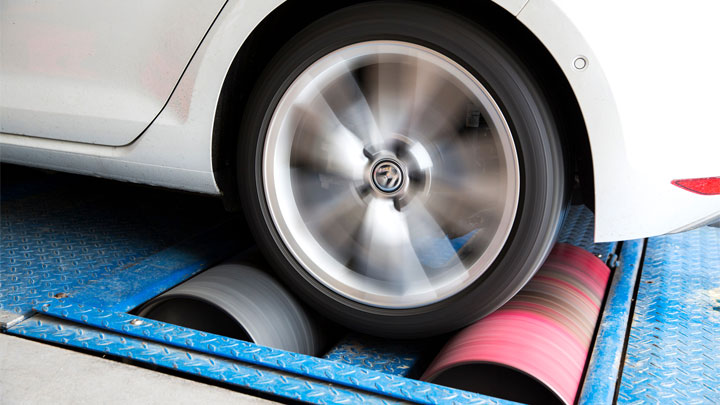 “WHP”, or Wheel Horsepower, is the measure of output that a vehicle is capable of producing and putting to the pavement at its drive wheels.

This is perhaps the most accurate measure of a vehicle’s output, due to the fact that WHP accounts for outside forces that can lead to power loss, such as friction and mechanical wear.

As a result, a vehicle should be capable of reproducing its previously recorded WHP measurement, in a real-world scenario.

How is Wheel Horsepower Measured?

Wheel horsepower is measured with the use of a chassis dynamometer, which uses a roller beneath a vehicle’s drive wheels to record torque and rotational speed.

Testing equipment of this nature can be found in many performance/speed shops and is a staple of the drag racing community.

Which Horsepower Standard Do Car Manufacturers Use? 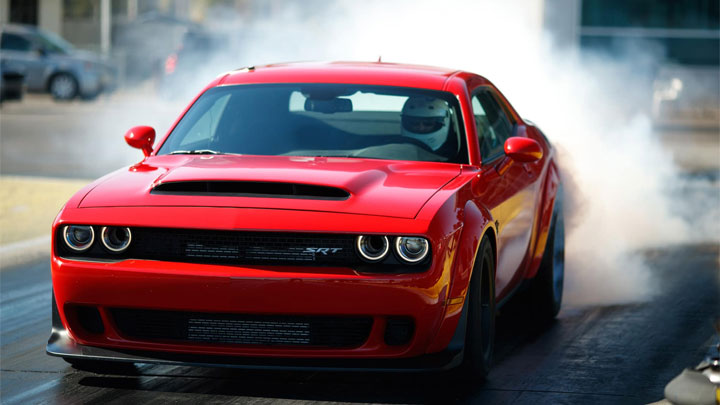 The bulk of vehicle manufacturers currently use brake horsepower (BHP) as their standard of choice when measuring vehicle output whether it’s a sports car or economy vehicle.

While this measure is relatively accurate at determining the actual output of a vehicle’s engine, such data is far less accurate at predicting power delivery to a vehicle’s rear wheels.

However, it is worth mentioning that such testing is far more accurate than it was in days gone by.

Until the early 1970s, it was considered standard practice to conduct such testing with non-production headers, and in absence of any belt driven accessories (alternator, power steering pump, etc.). However this practice has since been discontinued, to provide consumers with more accurate performance data.

Read Also: What is a Spoon Engine? 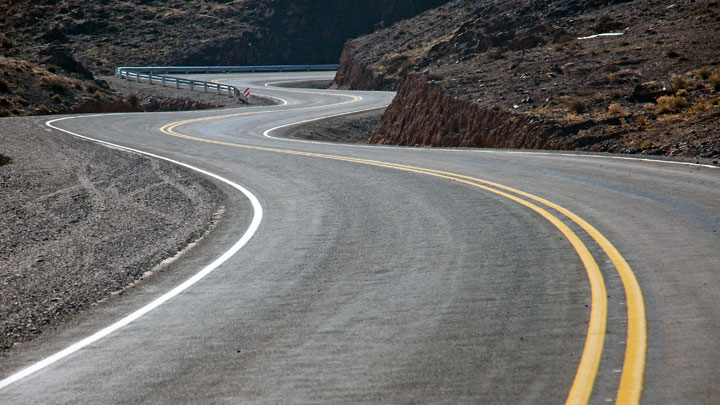 As mentioned above, a notable amount of horsepower is lost between a vehicle’s crankshaft and drive wheels. This phenomenon is regarded as drivetrain power loss and leads to obvious discrepancies between BHP and WHP measurements.

At times, environmental factors can even stifle an engine’s output, further magnifying these discrepancies.

The following are some of the most common factors that influence drivetrain power loss.

As a general rule, cooler air tends to be far more oxygen rich than warmer air. Because of this, cooler air is desirable when attempting to achieve optimal combustion.

Changes in altitude can cause notable fluctuations in powertrain output, due to variations in oxygen density. Since oxygen is required as a catalyst for combustion, any thinning of air at a higher elevation can lead to a reduction in power.

Every vehicle loses a certain amount of horsepower as engine output is delivered through the transmission. This is due to normal drag from a transmission’s clutch packs and bearings/seals, as well as standard gear windage and friction.

Horsepower is also lost as output transverses the torque convertor, in the case of an automatic.

As a vehicle’s drivetrain components age, they naturally begin to wear, leading to excessive drag and friction. Worn transmission internals and aging driveline assemblies can all serve as likely sources of power loss.

Even binding u-joints can play a part in reducing your vehicle’s overall output.

Do Electric Cars Have Horsepower?

As electric vehicles have risen to mainstream notoriety, many manufacturers have struggled to determine how best to rate performance.

While such measures were initially taken in the form of Kilowatts, many American auto manufacturers have begun converting wattage into a defined horsepower rating. This is due to the domestic market’s long standing familiarity with horsepower as the measure of choice when defining vehicle output.

One Kilowatt is equivalent to 1.34 horsepower, making it relatively simple to obtain an accurate measure of performance, to which most consumers should be well accustomed.