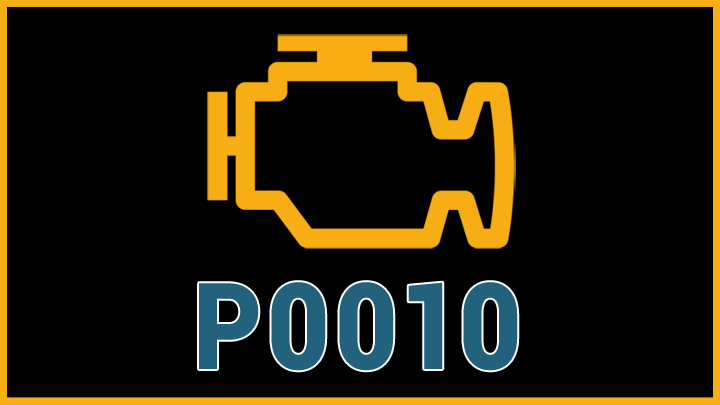 The newer cars get, the more features get jam-packed into each one. While all those new features can have a slew of performance advantages when everything is working correctly, it also means that more features can pop that check engine light.

The P0010 code is a prime example of that. But what exactly does this code mean, and how important is it? More importantly, how can you fix it, and how much is it going to cost?

Keep reading, and we’ll walk you through everything you need to know to get that code cleared and have your vehicle running like new!

Newer vehicles control everything with actuators and sensors. Two of the things electronically controlled in newer automobiles are intake and exhaust valve timing.

All the actuator does is slow down or speed up camshaft timing by a fraction of a second. This action causes the intake or exhaust valves to open or close for just a moment longer, which the engine uses to maximize performance.

When the actuator stops responding, the check engine light turns on, and you get a P0010 or P0013 code.

There are various reasons that the actuator might stop working, and we’ll break them all down for you. But no matter the reason behind the code, the code will always be the same.

While a check engine light is the quickest way to diagnose a P0010 code, there are a few other things you’ll likely notice too.

One of the most common symptoms of a P0010 code is that you’ll have decreased engine performance. Your vehicle’s camshaft position actuator optimizes performance, so it makes sense that if it’s not working, that performance will suffer.

An engine that isn’t optimized is one that wastes fuel. It doesn’t matter how much fuel you dump into the combustion chamber, and if there isn’t enough fresh air, there won’t be enough combustible material to generate extra power.

Of course, your ECU doesn’t recognize this, so it keeps dumping fuel in even though it won’t help.

There are multiple potential causes of a P0010 code. Below are four of the most common:

One of the most common reasons for a P0010 code is that your vehicle desperately needs an oil change. This isn’t something that missing your oil change by a few thousand miles would cause, though.

It’s more like you didn’t know you needed to change your vehicle’s oil – and you’ve owned the car for a few years.

While there isn’t a service interval for sensors, it’s not unheard of for them to break.

Both the camshaft and crankshaft sensors work with your engine’s ECU to optimize performance and timing, and both sensors can cause a P0010 code if they are malfunctioning.

While wiring issues aren’t incredibly common, they can easily cause a P0010 code. Everything about your camshaft actuators is electronic, and all of those electronics get their power and send signals through wiring.

If those wires are frayed, corroded, or otherwise damaged, the system isn’t going to work, and you’ll get a code.

If you’ve been keeping up with your engine’s oil changes, the most common reason for a P0010 code is worn timing components. That’s because these components have service intervals too, and if you aren’t keeping up with them, it’s only a matter of time before they malfunction.

A code P0010 means that your engine timing is just a bit off because the camshaft can’t adjust to engine performance. While this isn’t a huge deal if you correct it promptly, you can end up damaging or destroying your engine if you ignore the problem.

If you hear any engine misfires or feel a significant drop in performance, stop driving your vehicle immediately until you fix the underlying issue. Furthermore, until you resolve the problem, you should drive the vehicle as little as possible. There are several repairs you might need to complete to clear a P0010 code. Below are the four most common depending on the reason behind your engine fault.

If you pull the dipstick and the oil looks more like sludge than oil, then you’ve found the problem. Change the oil and hope for the best – you might need to flush the system a few times to get enough of the sludge out to clear the code.

Check your service intervals – if it’s time to service the timing chain/belt, replace the worn components. If you’re well past the service intervals, there’s a good chance that this is the reason for your code.

If all of your scheduled maintenance is up to date, the most likely culprit is a faulty crankshaft or camshaft sensor. Depending on your vehicle, either of these sensors are usually pretty easy to get to.

It’s rare, but if you have a wiring fault, you have two options. Either track down the wiring issue and repair it or replace the entire harness. Wiring harnesses aren’t cheap but repairing them requires more than a little electrical know-how.