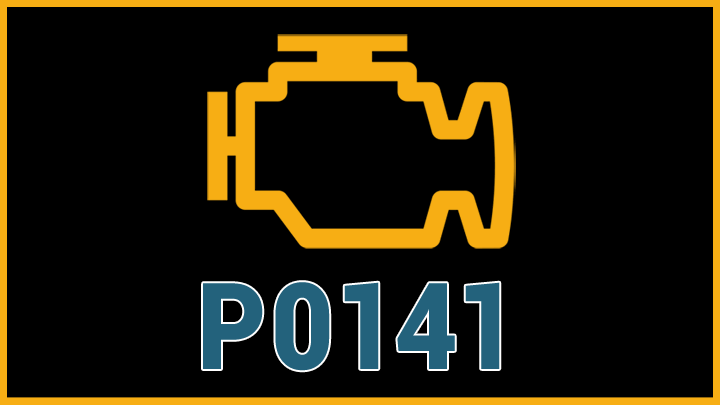 When your car pops a check engine light, your heart skips a beat. But if you’ve got a P0141 code, you likely take a deep breath. That’s because a code P0141 is an emission code, and if you don’t have the money to fix it now, you can likely put it off for a while without any issues.

Even better, if you’re lucky, you can fix this pesky code without having to spend a dime! But what exactly is a P0141 code, and how can you fix it? We’ll break it all down in this comprehensive guide.

An O2 sensor heater circuit is referring to the circuit your vehicle’s oxygen sensor is running on. It’s telling you that the reading from that particular circuit is outside of a normal range.

While this can be because of an underlying issue in your catalytic converter, it can also be that that the oxygen sensor is sending faulty readings. A code P0141 doesn’t necessarily tell you the exact problem, but it gives you a great place to start looking.

Furthermore, if the cause is a faulty oxygen sensor, the only thing that will cause you to fail the emissions test is the code itself. That’s because all the oxygen sensor does is report current emission readings.

If the sensor is faulty, that doesn’t mean your emissions have skyrocketed; it just means your vehicle can’t tell if the current emissions are passable.

Even though a check engine light is the only real symptom of DTC P0141, two other signs may show if you happen to take your vehicle to the local DEQ or other emissions test center. Otherwise, you will likely notice nothing out of the ordinary while driving.

The most common cause by far of a P0141 code is a faulty oxygen sensor. Oxygen sensors typically only last between 60,000 to 90,000 miles before you need to replace them.

However, if your oxygen sensors are still in good shape, there are a few other potential issues you should look into. Exhaust leaks before the oxygen sensors, a faulty catalytic converter, and wiring issues are common causes of a P0141 code.

However, the most significant concern in leaving a P0141 code unaddressed is that the check engine light will always stay on. While this might not be a big concern at first, if another underlying issue pops up that would turn on the check engine light, you have no way of knowing that more than one code is present.

Because of this, you always strive to fix all underlying check engine codes no matter how serious the current code is.

If you’re looking to fix a P0141 code, you’re in luck. That’s because 90 percent of the time, you can repair a P0141 code by replacing the oxygen sensors.

While oxygen sensors can range anywhere from $50 to $200+, they’re straightforward to replace. All you need is access to your exhaust system and the right sized wrench to get the job done. Even if you’re a novice mechanic with limited know-how, this is a job you can do.

If you’re in a pinch and trying to save a little money, you can pull the sensors and try to clean them. While this won’t always work, it could end up saving you a couple hundred dollars.

To clean the sensor, all you need to do is remove it and scrub it with a wire brush. Do not soak your oxygen sensors in gasoline or spray them with any aerosol products, as this can cause further damage to the sensors.

However, before you replace or clean any sensors, do yourself a favor and check for two things.

However, if everything is in good shape and the problem doesn’t go away after you replace the oxygen sensors, you probably need a new catalytic converter. A catalytic converter is a little more expensive, but they typically last between 70,000 and 130,000 miles.