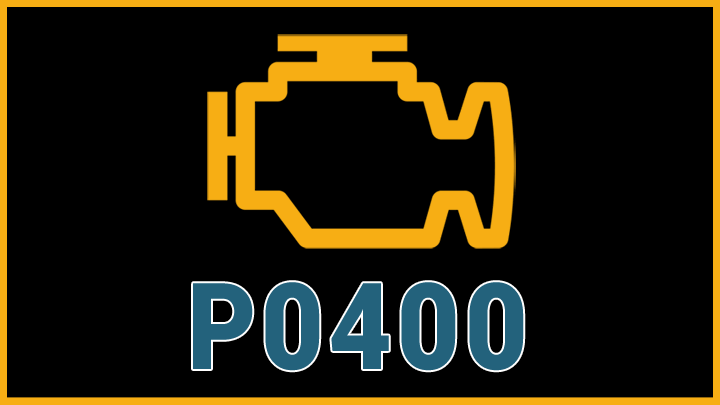 Though life is full of uncertainties, one fact that we can be sure of is that our vehicles, no matter how well maintained they are, will experience the occasional mechanical issue.

For most, such issues tend to arise when least expected, especially when we already find ourselves juggling extremely busy schedules. Frustrated to no end, we find ourselves pondering the trouble and expense that will be incurred while tackling such issues.

Luckily, those who are somewhat mechanically inclined can minimize much of this hassle by analyzing their vehicle’s active diagnostic trouble codes. Codes of this type provide a general description of the problem at hand, thereby taking much of the guesswork out of the diagnostic process.

For example, consider diagnostic trouble code P0400. This code is indicative of an issue with a vehicle’s EGR system, which commonly causes a host of driveability related issues. DTC P0400 is also quite common, affecting an untold number of vehicles on an annual basis.

By recognizing this code, and acting accordingly, one can greatly reduce the amount of downtime attributed to such issues. Read on to learn more about DTC P0400, as well as how to handle issues of this type, should they arise in the future.

Diagnostic trouble code P0400 is indicative of a lack of exhaust gas recirculation, as perceived by an engine’s ECM/PCM. Simply put, exhaust gasses are not being redirected into an engine’s intake as anticipated, thus indicating EGR system malfunction.

However, to better understand DTC P0400, one must first familiarize themselves with EGR function as a whole.

Exhaust gas recirculation is a principle of emissions control, placed into practice by virtually all automotive manufacturers. Rather than exhausting all spent combustion gasses straight into the atmosphere, an engine’s EGR system recirculates a certain amount of these gasses through the intake tract for further combustion.

However, the timing of this recirculation is dependent upon a number of factors, most notably including engine temperature. To control this timing, a specialty EGR valve is employed, which opens and closes recirculation passages as commanded by a vehicle’s ECM/PCM.

In the case of DTC P0400, an engine’s operating software has determined that this recirculation is not taking place as intended.

Diagnostic trouble code P0400 is often accompanied by several additional symptoms, some of which are more troubling than others. By learning to recognize these symptoms, you should be better equipped to diagnose P0400-related issues as a whole.

The following are several of the most common symptoms associated with diagnostic trouble code P0400.

Diagnostic trouble code P0400 can be caused by any number of different underlying factors, which vary in context and overall severity. Understanding these potential causes can prove valuable when attempting to expedite the repair process itself.

The following are several of the most common causes of DTC P0400.

In general, diagnostic trouble code P0400 is regarded as being relatively serious in nature.

This fault is indicative of a rather serious emissions system issue, which compromises an engine’s ability to recirculate exhaust gasses for further combustion as intended. This presents a couple of concerns, the first of which relates to a vehicle’s inability to pass emissions testing, in states where compliance of this type is mandated.

Additionally, exhaust gas recirculation issues tend to cause noteworthy increases in combustion temperature. This, in turn, can prove detrimental to many of an engine’s internal components, including the engine’s pistons and valvetrain.

If the root cause of P0400 is allowed to persist for extended periods of time, the possibility of internal engine damage is presented.

In any event, the root cause of diagnostic trouble code P0400 should be diagnosed and repaired as soon as possible. This minimizes the risk of secondary issues from arising, as the result of such a condition.

If you don’t feel comfortable tackling such repairs yourself, an appointment should be made with a trusted auto repair shop or dealership at the first available opportunity. 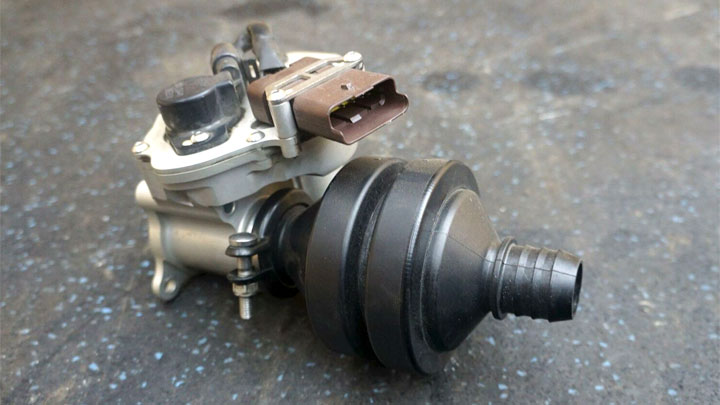 The following steps can be used to assist in diagnosing and repairing the root cause of a vehicle’s P0400 fault code. As always, factory-specific service literature for your particular vehicle model should be consulted before tackling any such repairs.

Before beginning the diagnostic process, check for the presence of any additional diagnostic trouble codes. Any such codes should be thoroughly diagnosed and remedied, prior to proceeding.

Begin by carefully inspecting all wiring and connectors included within the EGR circuit. Any damage should be rectified immediately.

Likewise, the condition of all vacuum lines used to actuate vacuum-type EGR valves should be carefully inspected. Any dry-rotting or obvious cracking will necessitate replacement.

When opening the EGR Valve, listen for a stumble or hesitation within the engine’s idle. If stumbling is evident, intermittent electrical issues are likely to blame for your vehicle’s P0400 fault. Ensure that all connectors are tight, and proceed with a test drive

If no stumbling was produced in the engine’s idle during step #3, shut off the engine and remove the EGR valve. Repeat the tests above, in an attempt to physically verify the actuation of the EGR valve itself.

If the EGR valve is found to be actuating upon command, clean all intake-mounted EGR passages thoroughly.

If manual testing has uncovered a non-functioning EGR valve, check to see that power and signal voltage is present at the EGR solenoid, as specified by the vehicle’s manufacturer during attempted actuation. Also, check for proper circuit grounding.

Likewise, the presence of sufficient vacuum should be confirmed on vacuum-actuated systems. If all inputs are present, replace the engine’s EGR valve/ EGR solenoid.

If proper input is not supplied to the EGR valve, further diagnostics of the EGR circuit itself will be required, in accordance with manufacturer standards.