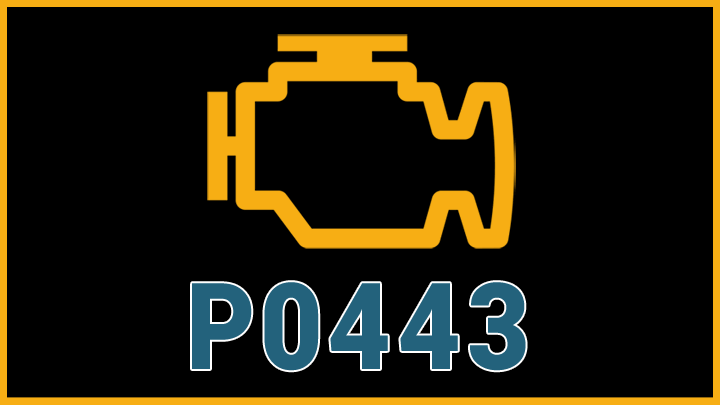 Since the early 1970s, automotive manufacturers from around the globe have strived to slash their vehicles’ emissions output. In fact, such efforts were forced at the hands of mounting legislation, bent at governing noxious output from automotive exhaust. However, cleaning up such output was no easy task, and required the development of new emissions control technology.

Today’s modern emissions control devices tend to be quite reliable, providing years of trouble-free service. However, much like any mechanical component, even these devices carry an expected service life, and will eventually wear out with the passage of time. When this occurs, a fault code is often stored, leading to the illumination of a vehicle’s check engine light.

One such emissions-related fault code that is common among various vehicle models, is DTC P0443. This code is largely indicative of a failure within a vehicle’s evaporative emissions system and is generic across all makes of vehicle.

Read on to learn more about diagnostic trouble code P0443, as well as how to diagnose and remedy the root cause of such issues.

In a properly operating evaporative emissions system, these vapors are gradually fed into an engine’s intake, where they are eventually combusted. This feat is accomplished by metering these vapors through a purge control valve. This valve is actuated through the delivery of ground (-), via an engine’s ECM/PCM.

The exact symptoms associated with DTC P0433 often differ on a case-by-case basis, and can vary from one model of vehicle to the next. However, several symptoms tend to be far more common than others, affecting a larger percentage of vehicles plagued by an active P0442 code.

The following are the most common symptoms associated with DTC P0442.

It is also worth mentioning that a number of vehicles exhibit no additional symptoms in connection with DTC P0443. In such cases, the sudden illumination of a check engine light might serve as the only indicator that an issue actually exists. 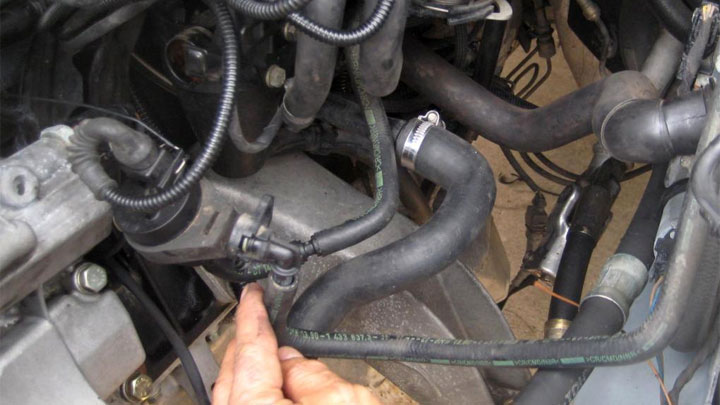 The onset of diagnostic trouble code P0443 can be caused by a number of underlying issues, which often vary from one make and model of vehicle to the next. Nonetheless, there are several issues that tend to account for the lion’s share of P0443 conditions.

The following are several of the most common causes of DTC P0443.

DTC P0443 is not typically classified as being overly serious. Quite the contrary, a vehicle can often be driven with an active P0443 trouble code, without the worry of additional issues.

However, in rare instances, P0443 can be accompanied by a rough or erratic idle. In such cases, one might be prompted to expedite further diagnostics and repair.

Many motorists decide to fast-track the repair of DTC P0443-related issues, due to the negative impact that a fault of this nature can have on fuel consumption.

In such instances, further diagnosis and repair of P0443-related concerns can actually save a motorist money, over being forced to fill up more frequently at the pump.

The following steps can be used as a general template when attempting to diagnose and repair the root cause of a vehicle’s active P0443 trouble code.

As always, it is also important to consult factory-specific service literature for your particular vehicle, before beginning the repair process. Doing so provides you with important data, such as torque specifications, and acceptable test ranges.

With the use of a quality bi-directional scan tool, you will now command the affected vehicle’s purge solenoid into the engage or “open” position. If successful, you should hear one or more clicks. If no clicking noises are heard, further diagnosis will be required.

You will now carefully inspect the purge solenoid’s connector, as well as the wiring pigtail protruding from this connector. Look for any damaged/frayed wiring, and ensure that each of the connector’s pins are in satisfactory shape.

With the purge solenoid connector disconnected and the vehicle’s ignition keyed to the “on” position, check for the presence of 12v positive at one of the connector’s pins. If no voltage is detected, further diagnosis will be required to locate the offending open circuit.

If one of the purge solenoid’s pins were found to be hot (+), reconnect the connector in question, and jump ground directly to the pin opposite the solenoid’s positive feed.

Engagement of the purge solenoid indicates a faulty ECM, while a lack of engagement is indicative of a wiring “open”.