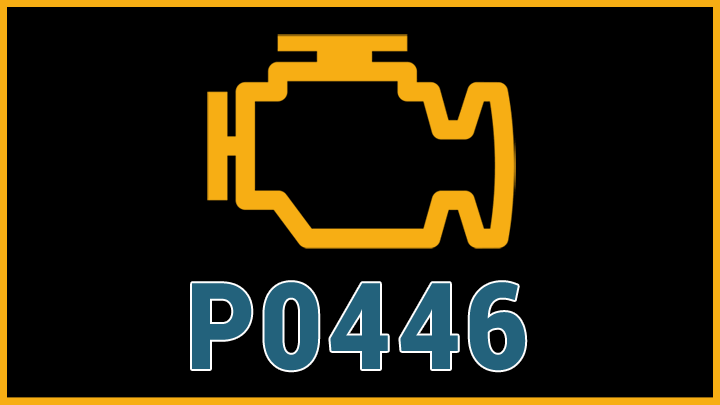 All vehicles have an evaporative emission control (EVAP) system specifically designed to prevent releasing toxins into the air. When you put your gas cap back on, it traps the fuel and its toxins inside.

Fuel vapors go through a vent line into a charcoal canister, where activated charcoal absorbs some of the fumes. The electronic control module (ECM) then allows the vent valve to push the fumes into the engine air intake.

Vapors travel to the engine air intake through the purge valve. Once there, they mix with air and fuel, creating the combustion that powers vehicles. If the vent control valve doesn’t work, it triggers the P0446 code.

If the vent control valve cannot maintain enough pressure to seal the EVAP system, it triggers the P0446 code.

The P0446 code produces three primary symptoms. The first and most conspicuous symptom is a check engine light.

Second, look for a decrease in your vehicle’s fuel economy. If you find yourself heading to the gas station more frequently, you might want to get a diagnostics check-up.

Third, you may notice a gasoline odor. Since the vent control valve can’t seal itself, the fumes can escape and create a fuel smell around your vehicle. Inhaling these gas fumes can be dangerous to your health.

A broken, damaged, or improperly installed gas cap most commonly raises the P0446 code. However, other, less common causes can also arise. They include:

The P0446 code won’t put you in any immediate danger. You can still drive your vehicle if you see this code. Other than the check engine light, you may experience reduced fuel economy.

While this code may not create life-threatening problems, anything that triggers a check engine light deserves attention. 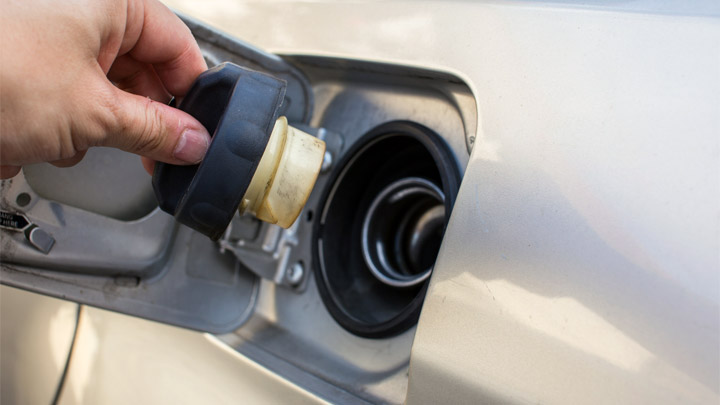 To fix code P0446, you should first inspect the gas cap. EVAP system issues have many potential causes, making them more difficult to diagnose. Taking a progressive approach from least to most severe is most efficient.

If the gas cap is faulty, damaged, or deteriorating, replace it and then clear the code. If the P0446 code persists, check for a leak. Some mechanics use a smoke test to check for leaks. A smoke test pushes smoke through the EVAP system to see if the smoke exposes any leaks. After you repair the holes (if you find any), clear the code.

The next move is to check the EVAP controls. They could be sticky, clogged, or have an internal solenoid failure. There are several ways to check the controls. Try blowing through the vent control valve. If it doesn’t open, it may be sticky or clogged.

Replace any damaged parts, clean the pieces already there, and check for the P0446 code again.