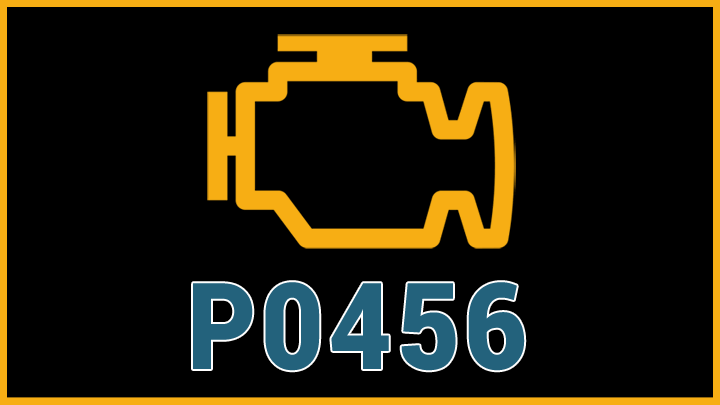 It’s always a hassle finding out that your car has sprung a leak somewhere. Immediately, your stress levels go through the roof and dark scenarios come popping into your head. Thankfully, due to breakthroughs in car design, most modern cars can diagnose issues and report them through their onboard computer.

DTCs, or Diagnostic Trouble Codes, are the way the onboard computer diagnoses different issues. If the Check Engine symbol lights up and a code P0456 is displayed, chances are that your car has sprung a leak on the evaporative emissions system.

DTCs, and in this case code P0456, tend to be quite reliable for reporting issues, as the leak has to manifest at least twice in a row during the self-diagnostic for the computer to display a Check Engine light.

The Evaporative Emission Control System (EVAP) plays a crucial role in preventing fuel vapors from escaping the enclosure and reaching the atmosphere.

It is a complex network of valves and hoses transporting these vapors to a charcoal canister to collect them. Once collected in the charcoal canister, the vapors need to go back to the engine for burning.

The computer has to regularly check for leaks in the system to prevent a potential fire and explosion hazard. This means either pumping or vacuuming air from the system and measuring the elapsed time. If the system detects a discrepancy twice in a row, the ‘Check Engine’ light turns on and a code like P0456 displays.

The diagnostic trouble code definition for P0456 is “Evaporative Emission System – Small Leak”. The alternative is code P0455, which indicates larger leaks in the system. PO442 indicates an EVAP leak of the “medium” variety.

It can be quite tricky to notice the symptoms of code P0456 and correctly identify the issue. This is mostly due to the closed nature of the EVAP system. However, some of the most common symptoms that accompany code P0456 are:

Since the EVAP system is closed, most causes of code P0456 are either on the system components or connections between them. The majority of the system is on the bottom of the car, exposed to the elements and physical damage.

These are some of the most common causes of code P0456 we encountered in the past:

Code P0456 is an issue of minor severity and should not drastically affect the performance of the car. The risk of catastrophic failure due to code P0456 is minimal.

However, it’s still important that you take the vehicle to a registered repair shop, so the issue can be taken care of. Failure to do so will likely show up on your next emission testing.

During the process of fixing Code P0456, the diagnostics play a crucial role. Code P0456 leaks are usually tiny and therefore much more difficult to diagnose. This will take up more time; it’s not uncommon for a car to spend a whole day in the shop to find and properly repair the leak.

The procedure is as follows:

The replacement of any hoses and valves is often inexpensive. Leaks on the tanks might be more expensive, bringing the cost of repairs into the range of $500 to $600.