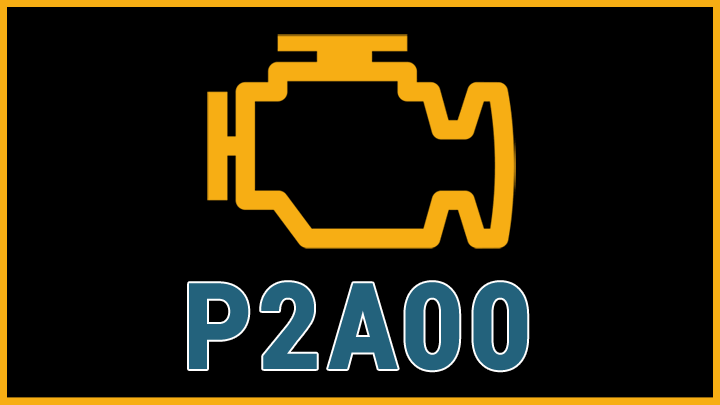 To achieve this heightened degree of control, a dedicated network of sensors, modules, and intelligent devices is employed. This allows for the instantaneous adjustment of critical values and inputs, thereby improving engine and combustion efficiency as a whole. One type of sensor contained within this network which proves to be of additional value is the oxygen (or O2 sensor).

One of the most prominent of these DTCs is fault code P2A00, which relates to an 02 sensor range/performance issue. Read on to learn more about the various symptoms associated with DTC P2A00, as well as how to address such issues, should they arise in the future.

An engine’s PCM/ECM relies upon readings from a set of oxygen sensors to provide feedback related to air/fuel management. Most vehicles feature O2 sensors that are positioned both in front of (Sensor #1), and directly following (Sensor #2) an exhaust system’s integrated catalysts for each respective bank. This provides additional feedback regarding overall catalyst efficiency.

Oxygen sensor feedback is delivered to the ECU (Engine Control Unit) in the form of voltage. Such voltage readings are interpreted by an engine’s management software, thereby providing necessary information to determine if the engine itself is running lean, rich, or somewhere in between. Fuel trims are then modified to alleviate any underlying issues.

In the case of DTC P2A00, an engine’s management software has determined that it has received an inaccurate, irrational, or otherwise incorrect signal voltage reading from a particular O2 sensor. In the bulk of cases, this particular diagnostic fault code corresponds to an issue with the Bank 1, Sensor 1 (pre-catalyst) oxygen sensor.

See Also: What’s the Difference Between Bank 1 and Bank 2?

Diagnostic trouble code P2A00 is often accompanied by a number of secondary symptoms. Recognizing these various symptoms can prove inherently valuable when attempting to diagnose the issue at hand.

The following are several of the most common symptoms associated with DTC P02A00. 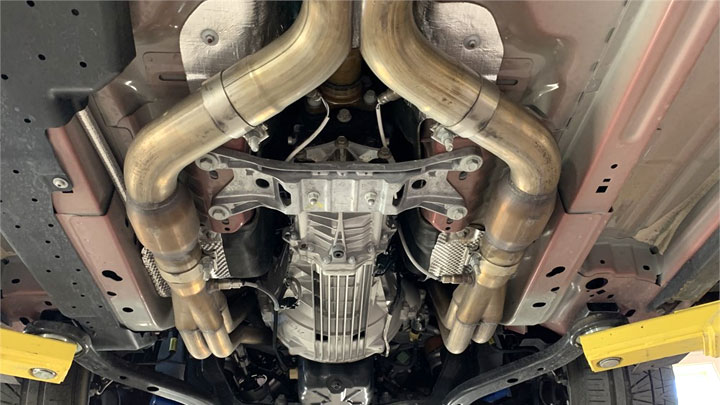 Diagnostic trouble code P2A00 can be caused by a host of potential underlying issues. Understanding the potential causes of fault P2A00 can prove beneficial when attempting to expedite a vehicle’s return to service.

The following are several of the most common causes of DTC P2A00.

Generally speaking, diagnostic trouble code P2A00 is typically considered to be quite serious in nature. This is due to the significant reduction in combustion and operational efficiency that generally results from a condition of this type.

While a condition of this nature can certainly result in its share of driveability-related concerns, it is often to blame for increased fuel consumption as well.

In the most severe of cases, prolonged over-fueling at the hands of untreated O2 sensor issues can lead to early and irreversible catalytic converter damage. This results when unburnt fuel is dosed downstream through a vehicle’s catalysts, causing superheating to take place. This, in turn, necessitates costly and time condition repair.

In any event, the root cause of diagnostic trouble code P2A00 should be diagnosed and remedied as soon as possible. Doing so prevents a host of secondary issues from arising, thereby further adding to the difficulties already encountered.

If you do not feel up to the task of addressing such issues yourself, you should consult a trusted service center at the first available opportunity.

The following steps can be followed to assist in diagnosing and repairing a vehicle’s P2A00 fault code. As always, one is advised to consult factory-specific service literature for their particular model of vehicle before attempting any such repairs.

Before beginning the diagnostic process, check for the presence of additional DTCs using an OBD2 scan tool. Any other active DTCs that are present should be thoroughly diagnosed and remedied prior to proceeding. When dealing with DTC P2A00, this initial step is of extreme importance.

Begin by carefully inspecting your vehicle’s sensor 1, bank 1 oxygen sensor, and checking for signs of obvious damage. Likewise, the integrity of this sensor’s wiring should also be carefully analyzed, as well as the condition of its connector.

All necessary repairs should be made before proceeding.

You will now check resistance across the affected oxygen sensor. All resistance readings should be compared to the manufacturer’s specifications for your particular vehicle. Out-of-range readings of this type would ultimately necessitate replacement.

Next, measure the input voltage being fed to the vehicle’s sensor 1, bank 1 oxygen sensor. Such readings should fall within the permissible testing range for your vehicle, as specified by its manufacturer.

Similarly, one must also measure this sensor’s output voltage, looking for some type of activity. A higher or lower than average input voltage reading would likely indicate an electrical issue of sorts, while steady input with lacking output would be indicative of a faulty sensor.

If still in doubt as to the cause of a vehicle’s P2A00 diagnostic fault code, one should carefully evaluate any live streaming data produced during a simple test drive, followed by a period of idling.