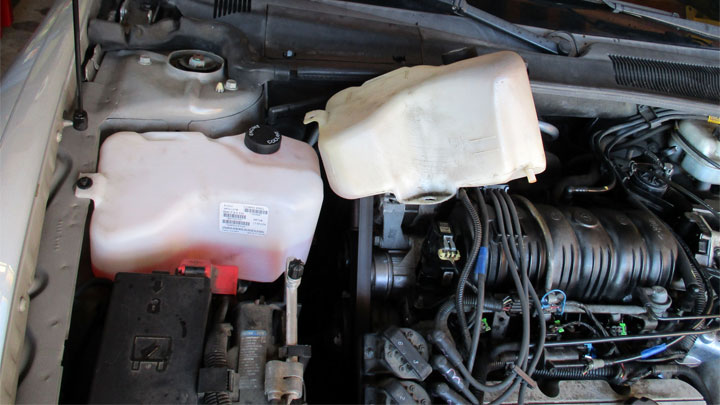 Rust can be formed inside the cooling system of your car due to air getting into the radiator after the engine has cooled down.

When the coolant cools after the engine has been turned off, it contracts in volume which will result in a drop of temperature and pressure inside the radiator allowing the air to enter the radiator through the radiator cap.

That air will result in the formation of rust in the cooling system when it comes into contact with the metal in the system.

When rust has formed inside the radiator, you will have no choice but to flush out the system and replace the antifreeze. However, a radiator coolant overflow tank can prevent this problem before it even starts. This saves you the expense of frequent coolant replacements and possibly the expensive cost replacing a radiator or other components of the cooling system.

See Also: Losing Coolant But No Leaks (What to Do)

How a Radiator Overflow Tank Works 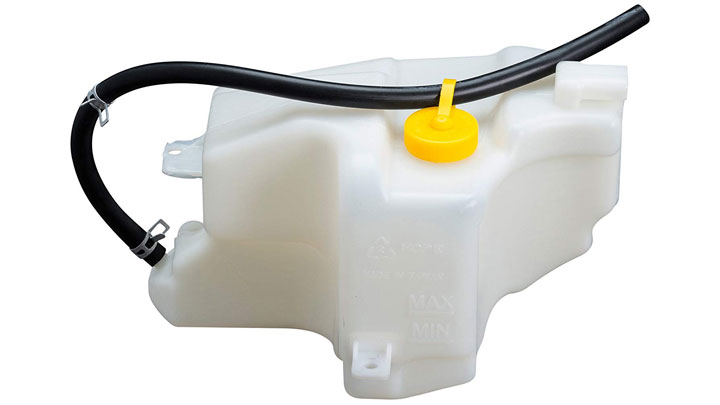 The radiator overflow tank is fairly simple device but it can save you a lot of money by preventing rust from forming in the cooling system of your car. When the engine is running at its optimum performance, it needs the engine coolant to keep it within the operational temperatures.

The engine coolant absorbs the heat from the engine. When this coolant heats in the radiator, it begins to expand causing an increase in the pressure in the cooling system of that vehicle.

When the engine has been turned off, the coolant will start to cool down as well. As it cools down, it will contract in volume as well. This decrease in volume will result in a vacuum because of a drop in pressure.

In older vehicles with no coolant overflow bottle, the air is sucked into the radiator instead of coolant which results in the formation of rust. So installing an overflow tank in your car is a good way to not only maintain the cooling system of your car but to save repairs and replacement expenses in the long run as well.

22 thoughts on “How a Radiator Coolant Overflow Tank Works”