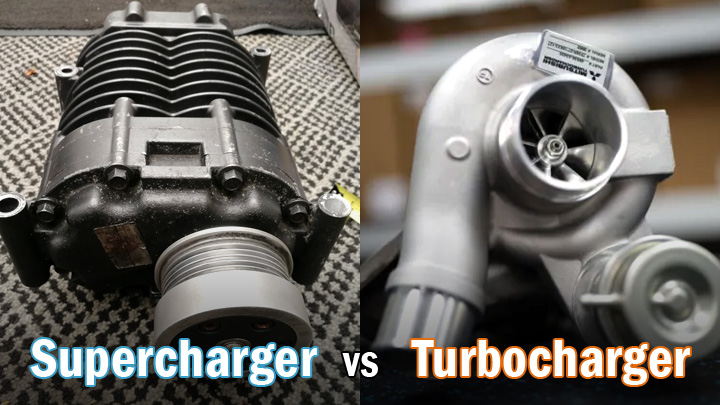 The engine of any vehicle depends on compressed air pressure to generate the power it needs to run properly. With a turbocharged or supercharged engine, the flow of air passes through each part first before heading into the vehicle’s engine.

This method of compressing outside air is referred to as forced induction and it can boost the power of the engine by as much as 50%. A turbocharger or supercharged are simply the two types of forced induction.

Related: 3 Types of Horsepower (and Why It Matters)

Difference Between a Supercharger and Turbo

A lot of people refer to these two systems interchangeably, but they actually have many differences. Although they are both essentially air compressors, the turbocharger depends on exhaust gasses to power it.

As for the supercharger, it simply needs power from the engine to run. The engine’s belt and crankshaft are what transmits this power effectively.

The best way to know which is better for you is to compare the pros and cons of each type of forced induction system.

Below are the advantages and disadvantages of a supercharger (or blower).

Below are the advantages and disadvantages of a turbocharger.

Related: What is Low Speed Pre-Ignition? (for Turbocharged Vehicles)