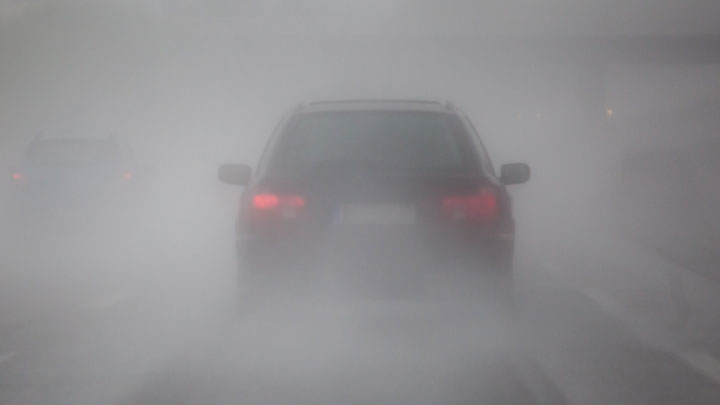 Tail lights are a very important safety feature on every car. They are necessary when driving at night, twilight hours, or in bad weather like rain and snow.

The purpose of your tail lights are to illuminate the rear of your car. Generally, they turn on when you flip the switch that also turns on your headlights. Many newer models have them on an automatic sensor which turns them on when it detects a drop in ambient brightness.

Just like every other part on a car, tail lights can stop working, causing a major safety concern. Not only is this dangerous for other drivers on the road who may not see your vehicle due to no lights in the rear, but you can also get a ticket from the police, or fail your state’s inspection process for registration.

But what happens when your brake lights work and at the same time, your tail lamps don’t? The first thing to check when facing an inoperational electrical component, especially when it comes to bad tail lights, is the fuse.

A fuse is basically a metal band inside a plastic container designed to break when the current flowing through it becomes too high. This protects other parts of the electrical system from becoming damaged.

There are generally two areas that contain fuses in a car.

Each fuse controls a different electrical component, and their jobs should be listed on the covering you removed to access the fuses. If not, they can be identified by using the owner’s manual, or by looking up a year, make, model specific diagram online.

Once the fuse that controls your tail lights is identified, it can be tested using a fuse tester, which will light up if the fuse is good. If it doesn’t light up, the fuse should be replaced with one of the same size and amperage. On certain fuses, you can visually see a break in the metal wire inside a bad fuse. If the fuses under the hood and inside the cab check out fine, the next culprit to look at are the tail lamp bulbs themselves. This generally involves removing the tail light cover, although some cars have an access panel where you can reach in and twist the bulb out of the lens.

The best way to identify a bad bulb is to remove it from the socket it is plugged into, and closely inspect the filament. The filament is the wire inside the bulb that creates the illumination. A broken filament means no illumination and you will need to replace it with a new bulb.

Already changed the light bulb with a new one and it’s still not working? Read on.

Related: 5 Causes of a Turn Signal Blinking Too Fast Sometimes the socket the bulb gets plugged into can go bad. Usually this is caused by corrosion, which is caused my moisture entering the socket. However, it can also end up failing due to poor connection of the wires in the back.

If the bulb and fuse both check out good, check the condition of the socket while you have the bulb out of it. Look for any discoloration, like white, blue or brown, and bent or broken pins.

It is also a good idea at this point to check electrical current with a multimeter at the socket. No electricity reaching the pins means a failure somewhere up the electrical line. If there is no electrical current reaching the socket, and fuses have checked out good, it is very probable there is a damaged or broken wire somewhere along the line.

At this point, you’ll need to obtain a wiring diagram and visually inspect the wires along the tail light circuit for broken wires or cracked insulation.

Be sure to check the body grounds coming off this circuit as well. A dirty, loose, or broken ground wire will cause a failure in delivery of electricity to the sockets as well.

Another cause for tail lights not turning on is the switch that controls them. The head light switch on the dash can fail as well, and should be checked of everything else has checked out good.

Normally, this switch turns on head lights, tail lights, and parking lights. If all other parts of the tail light circuit are in proper working order, it’s possible this switch has failed. This can be pulled out from the dash and checked with a multimeter to verify it has failed. Many modern cars also have an ambient light sensor on the dash. This allows the vehicle’s computer to automatically turn the head lights and tail lights on and off according to how light or dark it is outside.

Some also turn off daytime running lights on newer vehicles. If both your parking lights and headlights don’t turn on but your brake lights still do, this is the likely culprit.

If this sensor goes bad, or gets too dirty, it cannot tell if it is light or dark outside, and may not turn on the lights. But again, this would affect both the head lights and tail lights, and could be easily tested by manually turning the head light switch to the on position.

Overall, tracking down an electrical failure can be tricky and frustrating. Thankfully, tail light bulbs usually run on their own isolated circuit, so problems can be tracked down with relative ease.

All of these failures will cause the tail lights to not work, but will still allow brake lights to turn on when the pedal is depressed as the brake lights run on a different line of circuitry.

Once a driver realizes their tail lights are not working, they should immediately address the problem for their own safety and that of others.