We have all been in situations with our cars when we try to start up the engine, but the car won’t start. This doesn’t mean the engine is faulty, but rather the battery or the alternator is having problems. But which one is it?

People can easily misdiagnose their power problem by thinking they have a bad battery when they really have a faulty alternator, or vice versa.

So, how can you tell which one is preventing your from starting up your car and how do not make the mistake of replacing the wrong part? Let’s look at a few ways that you can tell which components is giving you this problem.

Signs of a Dead Battery 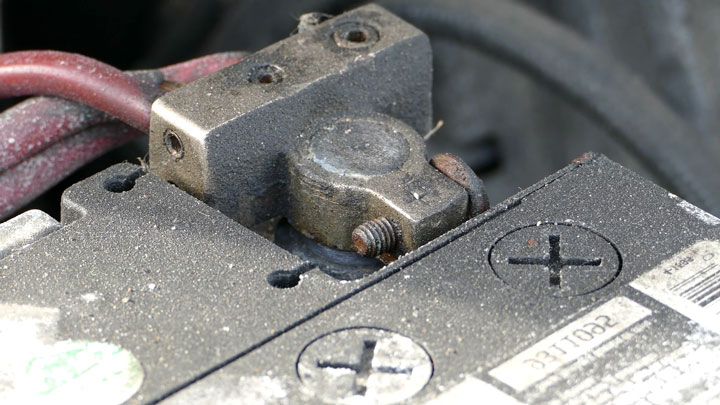 When you notice that you’re having power problems, the battery is the first thing you should check. Fortunately, almost all newer cars and trucks have computer diagnostic systems built into them which will let you know if you have low battery power.

But you shouldn’t always rely on them because they don’t always give you the right information. For starters, have someone give you a jump-start to see if it gets your car running. If it does, this means you have a bad or drained battery.

Depending on the battery’s age, it may simply need to be recharged (for instance if you accidentally left the headlights on) or you may need to purchase a new car battery (if the current battery is a few years old).

Other things that my indicate a dead car battery include: an engine that is slow to crank but eventually starts, electrical systems such as headlights, power windows, and windshield wipers don’t work as well as they should, and the car battery warning light illuminates in your dashboard.

You should also make sure there is no corrosion where the battery cables connect to the battery and that everything is tight. Either one of these would indicated a bad battery even though it’s simply a connection issue.

Signs of a Bad Alternator

If you have a failing alternator, your car will show symptoms like dimming lights, strange sounds, and even strange smells while you are driving. When you jump-start the vehicle, it typically won’t start up in this circumstance. If it does start up, the car will shut off after about a minute of being turned on.

You see when an alternator goes bad, the battery’s power begins to compensate for the power that is not being generated by the alternator. But this power compensation won’t last long because batteries are not meant to supply power for long periods of time.

So, when a battery is forced to do that, it will wear out quickly and you’ll literally have minutes before the battery is fully drained and needs recharging.

A lot of people find out the hard way that even though they purchased a new battery, they actually have a bad alternator. They’ll put the new battery in and the car will start up just fine. But then when they pull out of their driveway, the car will conk out by the time they make it around the block.

Similarly, the vehicle owner may assume it’s a bad alternator since their battery isn’t too old and then spend a lot of money replacing or repairing the alternator which didn’t need fixing in the first place. Even though car batteries come with warranties (ie: 48 months, 60 months, etc.), it doesn’t mean they will actually last that long.

The best thing to do is to take your vehicle to a mechanic where diagnostic tests can be done to confirm whether the battery or alternator (or another component) is at fault so the part can be replaced.