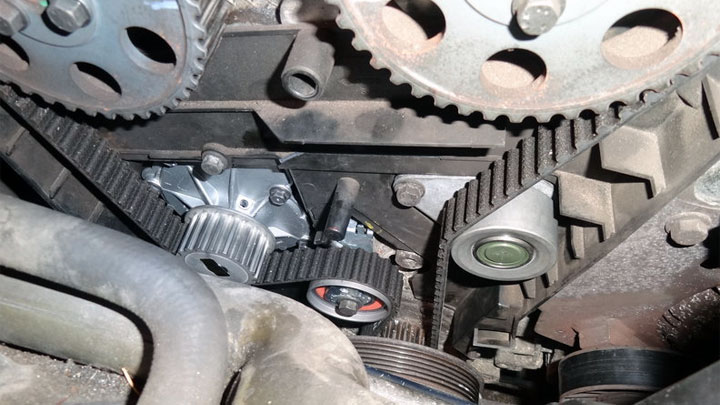 The internal combustion engine contains an important part called the timing belt on most vehicles (some have a timing chain). This is responsible for ensuring that the camshaft and crankshaft are rotating at the same time.

The two main parts of a timing belt are its durable rubber and nylon-reinforced cords. The belt is constantly coming in contact with various gears and pulleys.

After a while, the belt becomes too loose because the wear and tear stretch it out. For this reason, a timing belt tensioner is used to ensure the belt remains tight.

If the timing belt tensioner goes bad, then it will basically be like having a bad timing belt because it won’t be able to function properly anymore. This will create all kinds of trouble for your engine including performance.

Here are five of the most common signs that your timing belt tensioner has failed and needs replacing. If you notice a combination of any of these, then it is likely time to replace your tensioner.

If the timing belt is loose because of a bad tensioner, then the timing of the valves will be off. This means problems in the engine, which will then result in the check engine light illuminating on the dashboard.

Since the check engine light alone can mean a million things, you can use scan for any trouble codes via a car scanner to confirm the issue.

When the timing belt gets loose, it will start to knock around and hit the timing cover and the other parts inside of it. If it does not exactly sound like knocking, then it might be more of a slapping sound instead.

#3 – Engine Fails to Turn Over

The camshaft and crankshaft cannot synchronize when you have a loose timing belt caused by a bad tensioner. Because of this, you won’t be able to ignite the fuel and air mixture in the chamber.

You may hear the motor after you turn the key in the ignition but you won’t be able to turn the engine over.

Related:  Causes of a Vehicle That Cranks But Won’t Start

If the timing belt doesn’t have a firm grip on the pulleys, then it will cause the pulleys themselves to make grinding or rattling noises. This will definitely happen if the pulley bearing goes bad.

If the valves of the cylinder open or close too prematurely, then it will result in an engine misfire. This will happen if the timing belt is not able to rotate the camshaft and crankshaft at the same time. 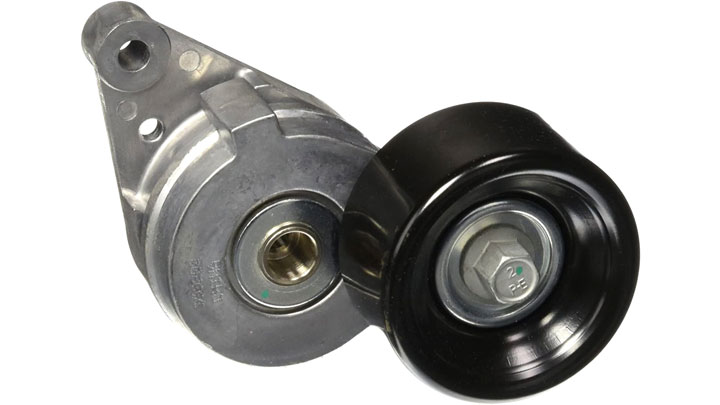 The replacement cost of the timing belt tensioner can be anywhere from $150 to $500. Parts can range from $60 to $350 depending on the vehicle and whether the tensioner is OEM or aftermarket.

Expect to pay around $90 to $150 for labor. Taxes and fees may be added to these prices.

See Also: Seat Belt Won’t Retract or Pull Out? (How to Fix)

How Long Does a Timing Belt Tensioner Last?

The actual lifespan of the tensioner is much longer than the timing belt, but because it’s usually quite difficult to get to, you’ll save yourself a lot of money in the future if you replace the tensioner (as well as the water pump) during a timing belt replacement job.