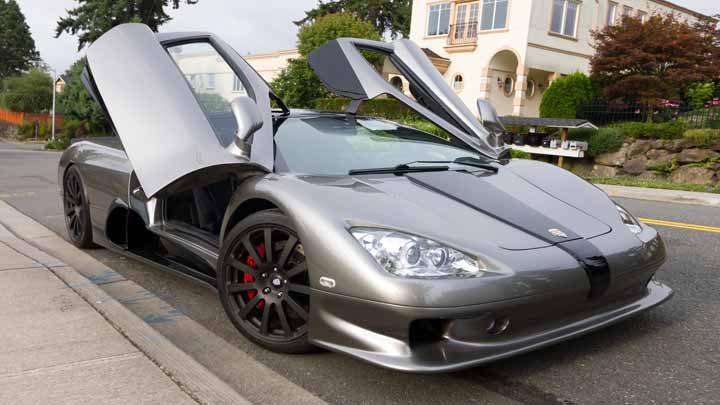 There are two kinds of people in this world. There are people who like cars and there are people who like fast cars. Most people cannot afford the fast cars, but they sure do love reading about them. We are not talking about race cars here either. These are fashionable luxury style cars which are some of the finest automobiles in the world. With the popularity of the movie franchise “Fast and the Furious,” everyone dreams of owning a fast car which they can race others in on the road. Of course, in real life, you should only do this kind of fast driving in isolated areas where this is no traffic or people.

2) Pagani Huayra – The Pagani Huayra is an Italian super vehicle which is clocked at going up to 230 miles per hour. People love the design of this supercar model and its 6-liter V12 Twin-Turbo Engine. This gives it great acceleration, even though the vehicle is not the fastest on the market.

4) Mclaren F1 – The McLaren F1 has been around for 23 years and it is still one of the fastest vehicles on the planet. The cool thing is that the front interior of the vehicle has three seats, with the driver’s seat in the middle. That means each passenger sits on one side of the driver. The car can go up to 241 miles per hour.

5) Koenigsegg CCR – The Koenigsegg CRR was the fastest car for only a short time. It can go up to 242 miles per hour. This is a model which has been around since 2005 and it continues to be the company’s fastest sports car.

6) SSC Ultimate Aero – Between 2007 and 2010, the SSC Ultimate Aero supercar held the Guinness World Record for being the fastest car after clocking in at 256 miles per hour. This is really a mid-engine sports vehicle with the coolest design ever.

10) Koenigsegg Agera R – Koenigsegg might not be the most popular name in speed vehicles, but it is becoming quickly noticed in the marketplace. Their Agera R car model has been clocked at going more than 273 miles per hour. No other supercar can go that fast.