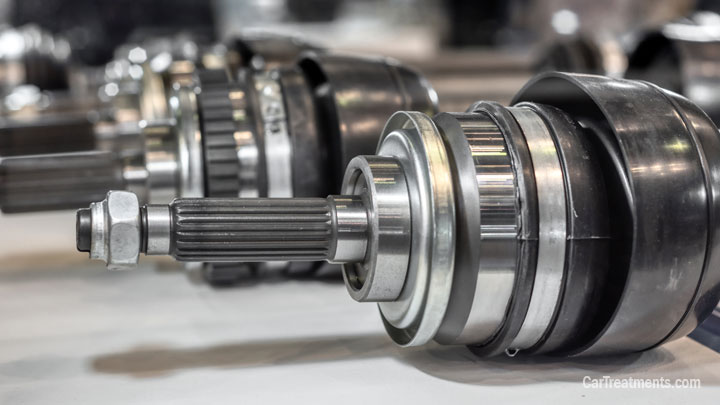 The function of constant-velocity joints, or CV joints, in a vehicle is to let power be transferred to the wheels from the transmission.

Power is transmitted at a consistent speed of rotation while there is not much friction. This is why when you have a problem with a CV joint, you’ll likely experience shaking when accelerating.

Here are the six most common types of CV joints used in vehicles today along with how they work. 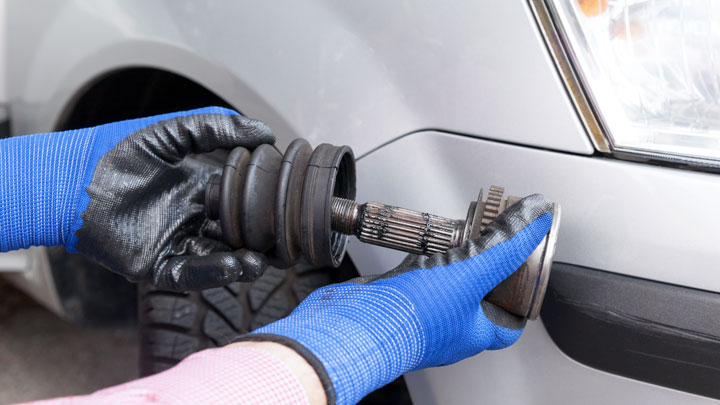 The “Rzeppa” outer CV joint is the most common joint type. An engineer by the name of Alfred H. Rzeppa invented this joint in the year 1926 an consequently came up with an improved design a decade later.

The joint is designed so the balls cut the operating angle in half. The way it works is similar to a bevel gear.

The difference is that the torque isn’t transmitted across the joint by the gear’s teeth. Instead, in the outer housing and inner housing, the spherical balls move forward against each of their tracks.

Also, it is crucial that the outer joint can tolerate bigger operating angles which are necessary for the steering.

With rear-wheel drive applications that have an independent rear suspension, you can fix one joint per axle shaft. There are less than perfect operating angels because you don’t use the wheels for steering. As a result, you can use plunge joints one end of the axle shafts or both ends.

These types of joints have either a tripod or central drive. The tripod, or spider, contains 3 trunnions which have needle bearings with spherical rollers. They also have an outer housing; or tulip.

The most common use for tripod joints is as front-wheel drive inner plunge joints.

The interior end of drive shafts has a tripod joint. This allows power to be transmitted, regardless of whether there is angle shifting.

The features of the tripod joint include a 3-legged spider with mounted on barrel-like rollers. These go into a cup which has 3 matching grooves that are connected to a differential.

These barrel-like rollers have a 120° mount to each other and have the ability to slide forward and backward on its tracks within the tulip.

Front-wheel drive applications will sometimes use a fixed tripod joint as the outer joint. The outer housing has the trunnion mounted onto it.

Then, the input shaft has an open tulip in which 3 roller bearings will turn against. The joint is held together by a steel spider that locks it.