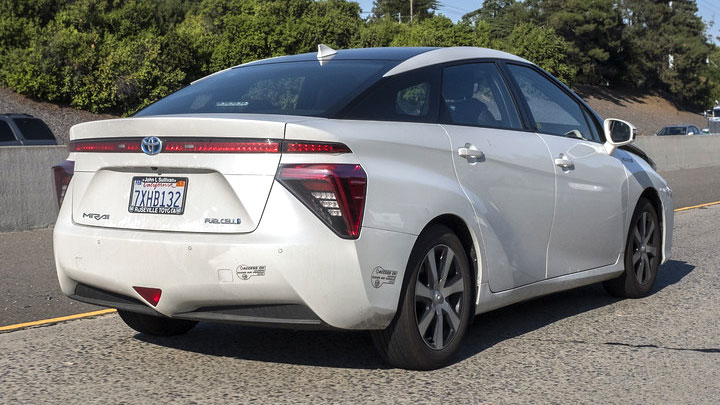 The use of alternative energy for cars is becoming more popular in the modern age. While most people have heard of electric or hybrid vehicles, many don’t think about the energy sources available which can power them.

Out of all the electric car options that are available, hydrogen fuel cells have been proven to be some of the cleanest ones on the market. While they are not quite ready to become commonplace on today’s roads, the future is bright for hydrogen powered vehicles.

Keep reading to see how this technology works, its biggest pros and cons, and what the futures holds.

Hydrogen fuel cell cars generate electricity through the conversion of hydrogen gas. Once this happens, heat and water are the only two things that emitted from it. Like with other electric vehicles, you won’t have any toxic carbon emissions being expelled into the atmosphere.

Within the vehicle are high-pressure fuel tanks which store the hydrogen gas. Instead of burning the gas like you do with normal fuel, the hydrogen gas flows into fuel cells which have oxygen in them.

The hydrogen gas then combines with the oxygen and forms the electric current necessary to power the electric motors. This, in turn, gives power to the wheels and allows the vehicle to move. 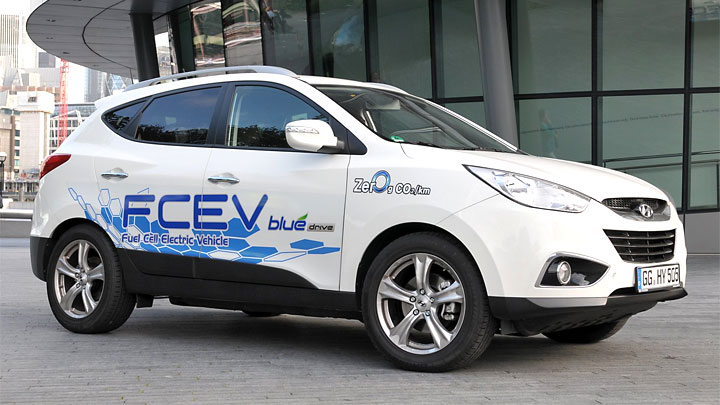 Since hydrogen is used as the fuel source, there is no need for traditional fuel sources like gas or oil.

Hydrogen only causes heat and water to be emitted from its tailpipe. You won’t find any carbon emissions coming out.

Fuel cell cars have been found to give drivers more miles per gallon than gas or diesel engine cars.

Similar to other electric vehicles, the electrochemical reaction of fuel cells is mostly silent, unlike the process of burning fossil fuels.

Fuel cell vehicles have fewer moving parts than regular vehicles. This makes them easier to maintain.

All vehicles have batteries in them, but they serve different purposes depending on the vehicle type. A hydrogen fuel cell car has a small battery pack which is responsible for increasing acceleration only. It is not the main energy source for propulsion like in hybrid vehicles. 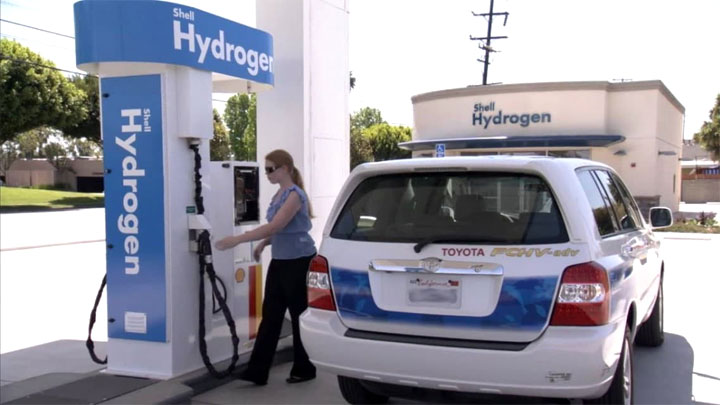 Here are the five biggest cons of a hydrogen fuel cell vehicle making them not yet ready to be a viable mainstream option.

In fact, there are only about 100 hydrogen fuel stations in the entire United States and the majority of them are in California. However, new estimates suggest over 4,000 hydrogen fueling stations to exist in the US by 2030.

Fuel cell vehicles tend to be on the very expensive side since the fuel cell technology is still quite new and unique. You can expect to pay a minimum of $50,000 for the vehicle.

Compared to the durability of internal combustion engines, fuel cell systems are greatly lacking strong durability. This is especially true in humid environments.

You will get about half the reliability from a fuel cell system that you would with an internal combustion engine.

Fuel cell vehicles are still in the dark ages. The general public doesn’t even know what they are and there is little information about them available at most car dealerships.

Honda and Toyota are two of the largest car companies in the world and they happen to utilize hydrogen fuel cell technology in a handful of their vehicles.

Since the beginning of the 21st century, Honda and Toyota have experimented with hydrogen fuel cell vehicle models. Most of them have remained in Japan while some were introduced in the United States as mere concept cars.

Here are 10 examples of vehicles with hydrogen fuel cell technology:

Please Note:  If you are interested in purchasing a hydrogen vehicle, you will need to research the locations of the nearest hydrogen fueling station. Since you can only drive within these areas, you won’t be able to take your hydrogen car on long trips where there are no fueling stations for it. That is why Honda and Toyota only chose certain dealerships to sell and lease these cars from. They wanted to be sure that consumers could access these fueling stations nearby.

You might wonder why more hydrogen vehicles are not being produced if they’re so great for the environment. The big argument from the other side is that hydrogen still causes emissions when it is produced.

This is technically true because hydrogen currently comes from natural gas. But we have the technology to produce hydrogen from cleaner renewables.

California has currently begun this process at 6 of their hydrogen fueling stations. The state requires that any hydrogen station which gets state funding must use renewable sources for a minimum of 33% of its hydrogen production. Hopefully, this percentage will increase in the future and spread to other states.