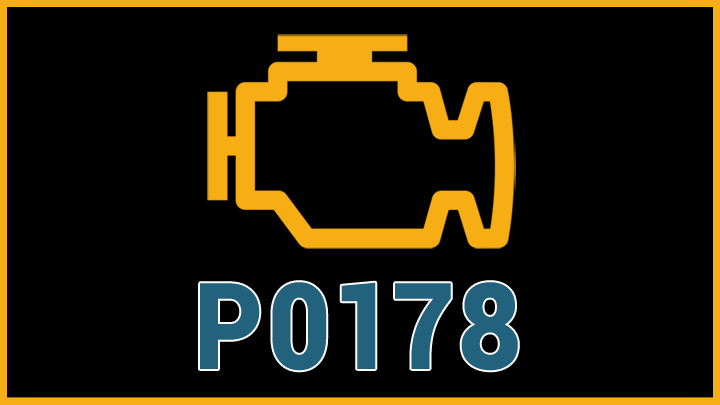 When you’re driving down the road, the last thing you want to deal with a check engine light that pops up on the dash. But when it does happen, it can be a panic-inducing.

You rush it to the parts store, and they give you the code. But then what?

The good news is that if you have a P0178 code, it’s a pretty straightforward process to get it fixed. We’ll walk you through everything you need to know to get your vehicle back on the road.

Not every car has a fuel composition sensor; in fact, most vehicles don’t. Your vehicle only has this sensor if it can utilize flex fuel, and it’s what tells your engine the current makeup of ethanol in the fuel.

Either way, your engine will default to a predetermined value, which means that it won’t be able to switch from regular fuel to flex fuel as it should. The symptoms of a code P0178 will vary, and one of the most significant factors that will influence what symptoms your vehicle shows will be the type of fuel you’re currently using. Since the Engine Control Module (ECM) switches to a default value, you’ll usually lose the ability to use flex fuel.

But most times, your engine can run with flex fuel even if it’s not a flex fuel vehicle. You’ll just have decreased engine performance, rougher starts, and increased fuel consumption. Occasionally you won’t be able to start your vehicle at all, but this is rare.

These are the exact same symptoms you’ll experience if your car has a P0178 code.

Another major concern is wiring issues. The code is telling you that the reading either isn’t reaching the ECM or it’s not within normal limits. Of course, if you have a wiring issue, the reading won’t make it to the ECM, which will pop the code even if the sensor is working the way that it should!

Finally, there could be a problem with your Power Control Module (PCM). These problems are extremely rare, and it’s more likely that it just needs an update. However, PCMs are very durably components, and it’s even rare that they would cause a check engine light without an update. Yes and no. While you can run your vehicle with a P0178 code for a little while, it’s better to get it repaired as soon as possible. Until you do get it fixed, avoid flex fuel and use regular gasoline.

However, this doesn’t mean it can run that way forever. The manufacturer designed the engine to optimize to changing ethanol amounts in the fuel, and without accurate readings from the fuel composition sensor, it can’t do that.

Rough starts and poor performance all take their toll on your engine over time, which is why you should address them as soon as possible.

In fact, you often have to spend between $500 and $600 in labor in parts to replace the sensor. To make matters worse, the only way to test the actual sensor is at a dealership.

While the sensor is the problem 99 percent of the time, it would be nice to have a few assurances before dropping a couple hundred bucks on a part.

From there, you can check the wiring to make sure everything is intact. If there isn’t a break between the PCM and the fuel composition sensor, you likely have a problem with your PCM. It might need to be updated, re-flashed, or replaced.

No matter what the PCM needs, you’ll need to take it to a dealership or somewhere else with the authorized programming tools to get it fixed. Even if you replace the PCM, you’ll still need to program it to the engine, so this isn’t a job you do at home.