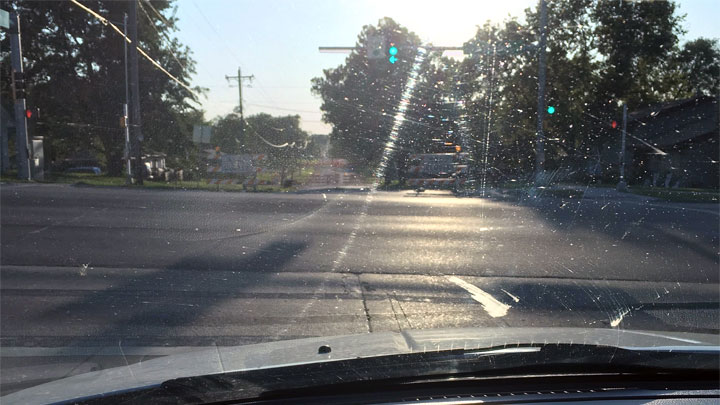 Our vehicle’s windshield is a window into the world through which we navigate, both literally and figuratively. We count on a windshield to provide a clear view of the road ahead, allowing us to take stock of our surroundings and any potential hazard that we may face.

In ideal conditions, a windshield should be free of any defects that could potentially limit our field of view. This includes chips, cracks, knicks, all of which can prove distracting when commuting from one location to another. However, there is another form of windshield defect that is equally distracting, yet often overlooked.

Doing so restores a windshield’s clarity, thereby enhancing one’s ability to analyze the road ahead. Read on to learn more about removing windshield scratches, as well as how to complete such repairs yourself. 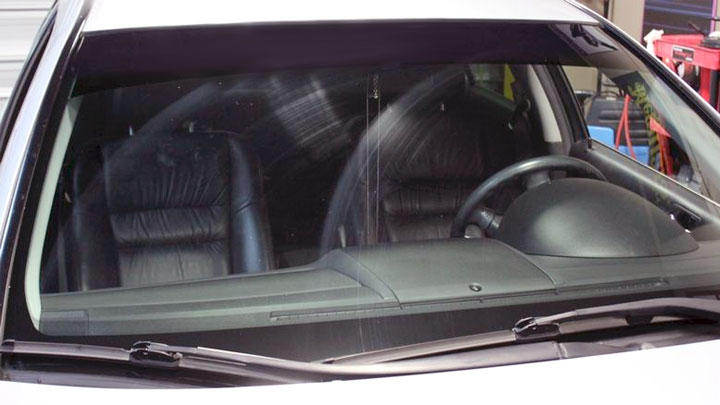 Scratches are among the most common types of windshield defects. In fact, it would be reasonable to assume that greater than 90-percent of windshields feature some form of scratches or surface etching. However, windshield scratches differ in severity, as well as their impact upon a motorist’s ability to see clearly.

While some windshield scratches are hardly noticeable and can only be observed under direct sunlight, others are glaringly obvious, if not downright distracting. The latter of these two types of scratches often present issues when attempting to navigate into direct sunlight, due to their tendency to cause substantial glare.

What Causes Scratches on a Windshield? 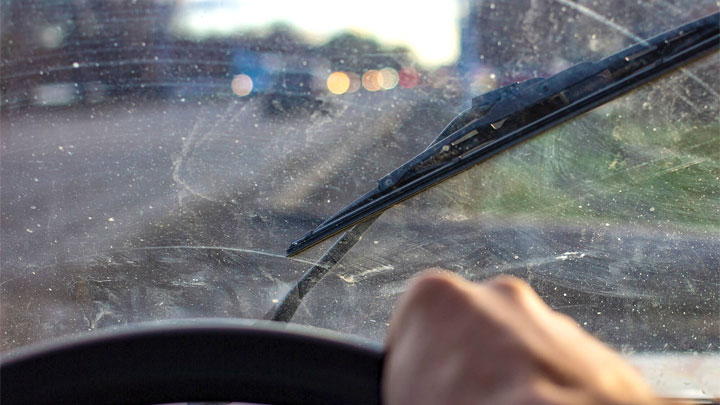 If not replaced in a timely manner, a vehicle’s wiper blades can wear to the point of causing metal-to-glass contact. When this occurs, scratching comes as an immediate byproduct. Due to the repetitive motion of a wiper arm, these scratches only deepen with time.

Another common cause of windshield scratches is wiper use in dusty, sandy, or arid environments. Dust and sand both serve as abrasives. Therefore, a windshield covered in dust or sand is subject to scratching upon the activation of a vehicle’s wipers.

This tends to occur most commonly in situations where a vehicle’s windshield is not yet fully saturated with water before its wipers are placed in use.

Additionally, windshield scratches can occur as the byproduct of glancing blows from foreign material. Rocks thrown from a construction vehicle, falling overhead debris, and windswept material can all pose a risk to windshields, if presented at a certain angle.

Can a Scratch Become a Crack?

While a windshield scratch is not very likely to become a crack, it might appear as if the opposite is true, to the untrained eye. This stems from the fact that it can be difficult to distinguish between a scratch and a crack.

While scratches are little more than surface imperfections, cracks extend deeper into the windshield itself, thereby compromising its structural integrity.

If a minor windshield crack is misidentified, and deemed to be little more than a scratch, it can be somewhat bewildering to watch this crack over the course of time. As a result, one is often led to believe that a perceived scratch has turned into a crack, though in reality, an untreated crack has simply worsened in severity.

However, in a limited number of cases, deep scratches can actually spread. This occurs when a scratch is deep enough to compromise a windshield’s integrity. As a result, the ends of such scratches split outward with time, elongating over several weeks or months.

Will Insurance Cover a Scratched Windshield? 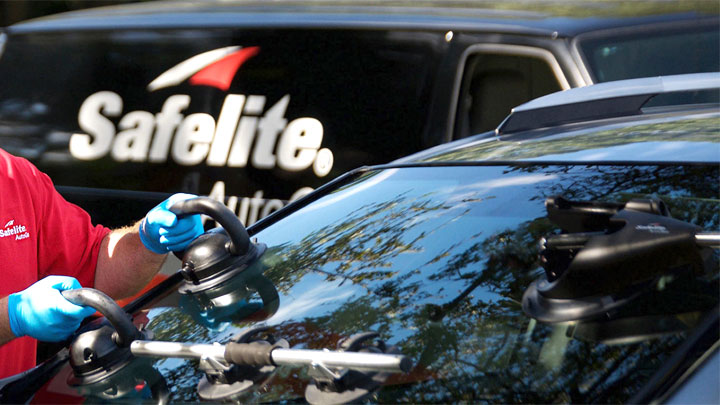 Whether or not your insurance company will cover the replacement of a scratched windshield is largely dependent upon the exact terms of your specific policy.

However, in many cases, a comprehensive or full-coverage automotive policy will cover the replacement of one scratched, chipped, or cracked windshield per year, without the risk of negatively impacting one’s premiums.

It is important to understand that windshield cracks will likely be evaluated at the sole discretion of your insurance provider. The way in which such a case would be handled is likely to depend upon the severity of the scratch, as well as its impact upon a driver’s field of view.

Therefore, it is reasonable to believe that more than one claim of this nature is declined from year to year, based upon various technicalities.

If in doubt, motorists are highly advised to contact their insurance provider, for additional insight into their coverage of windshield-related claims. This prevents any misunderstandings if the unfortunate does eventually take place.

How to Remove Scratches From a Windshield

In most cases, minor scratches can be removed from a windshield with relative ease. There are several different methods for completing such a task, with some being better suited to certain situations than others.

The following are a few of the most common ways to remove scratches from a windshield.

See Also: Removing Bird Poop Before It Damages Your Paint or Windshield 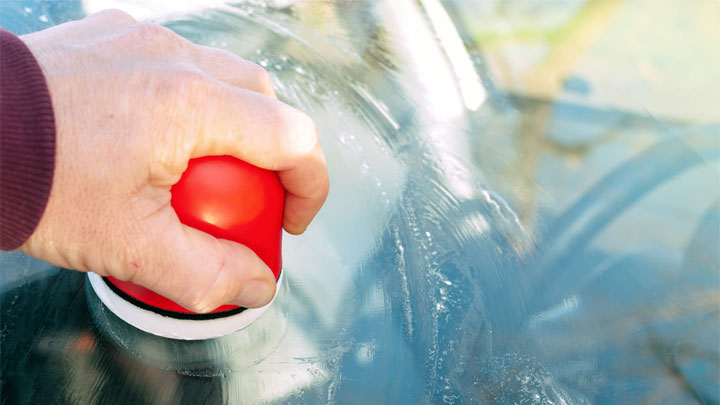 Most auto parts stores carry commercial-grade polishing compounds such as Meguiars Ultimate Compound, which work to remove windshield scratches in much the same way as toothpaste. However, these compounds tend to be somewhat more abrasive, and require attention to detail when being used.

For minor scratches, slightly less abrasive glass polishing compounds such as 3M or Griot’s Garage work great at restoring a windshield. Simply use a polishing pad or lint-free towel to apply with some pressure. This process can be repeated until the desired results are achieved. 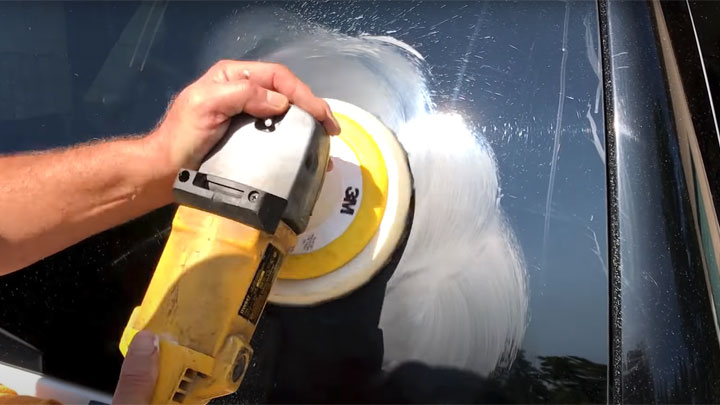 The same type of polisher and buffer used by auto detailers on your vehicle paint can also be used along with a mild polishing compound (see above) to remove scratches from a windshield. It works similarly as applying by hand but it’s much faster and requires less effort.

A good dual-action car polisher is much easier to use on a windshield as opposed to paint where working on an area too long can go right through the clearcoat and into the paint (or worse).

However, care still needs to be taken when using a polishing machine, as the prolonged application or excessive pressure can eventually burn or etch glass surfaces.

Non-gel kinds of toothpaste function quite well as light-duty buffing compounds and can be used to resurface minor windshield scratches and knicks.

Prior to buffing, a windshield should be thoroughly cleaned and dried. Toothpaste can then be applied to a scratch with the use of a fiber cloth, and worked about in a circular motion. This will level the area around a scratch, providing an even, restored look.

#4 – Use A Windshield Repair Kit 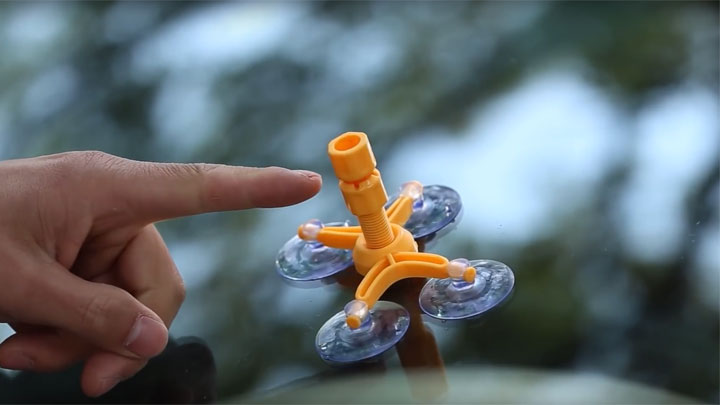 Windshield repair kits can be purchased at almost any auto parts store, and work to seal a scratch from further degradation. Kits of this nature feature cerium-oxide buffing compounds, which react and bond to glass surfaces when applied.

Much like clear fingernail polish, this rubbing compound is used to fill and seal scratches at their source.

Clear nail polish is often used to seal minor scratches, in order to prevent them from worsening in the future. This nail polish is simply applied over the surface of a scratch, at which point it will begin to dry and harden.

Once fully cured, fingernail polish will serve as a semi-permanent filler and will keep dirt, grime, and water from eroding away at any scratch to which it is applied. 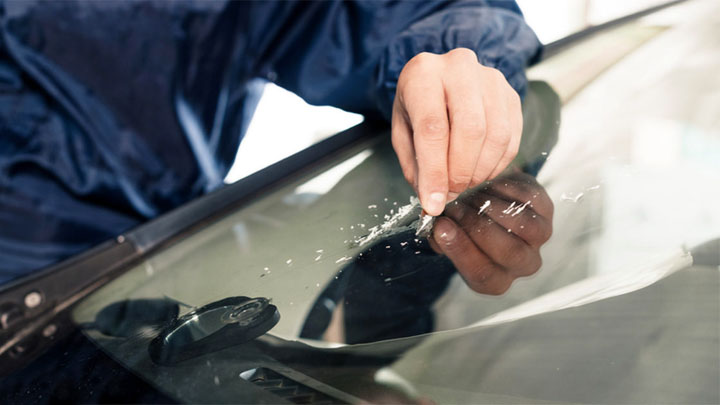 If you have attempted unsuccessfully to remove scratches from your windshield with the above mentioned methods, or simply wish to get a second opinion, it is likely time to seek professional help.

Companies, such as Safelite, specialize in windshield repair/replacement, and can remedy even the most severe of concerns. Many companies of this nature render on-site service and can tend to your windshield while you are at work, or otherwise unavailable.

It also pays to check with your automotive insurance provider before contacting a glass repair professional, as such services might be covered under your current policy. This has the potential to save you both time and money, while mitigating safety concerns caused by distracting windshield defects.