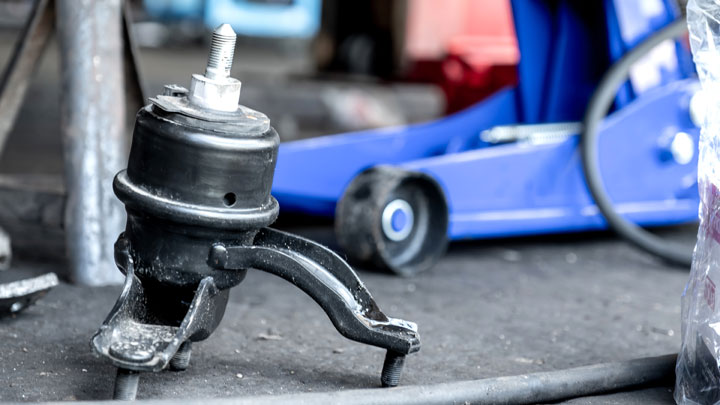 A vehicle’s engine produces a lot of vibration when running. Without a specific component, the vibration would transmit to the entire car and make it very uncomfortable to the passengers inside the car.

This very important component is called the motor mount (or engine mount). Below, we’ll go over how an engine mount works, what symptoms you should look for if you suspect you have a bad engine mount, and what the average engine mount replacement cost is.

How a Motor Mount Works 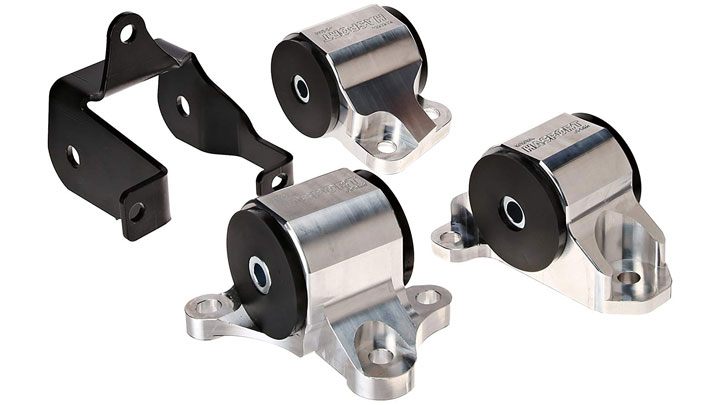 Motor mounts are small parts that attach the engine to your vehicle. Typically, up to four mounts are used to attach the motor to the frame of the car or the cradle of the engine. Your transmission uses mounts as well.

Most engine mounts have rubber in them to reduce the contact points of the metal of the engine with the body of the car. This helps reduce the vibrations of the engine and damage that follow from this.

Additional vibration dampening can be done by filling the mount with a liquid instead, which is a feature found on top of  the line  mount products and car models.

Vibrations in the engine block are the most common cause of damage to the most delicate parts of the engine. Excessive vibrations can cost you thousands of dollars in repairs. The purpose of an engine mount is to prevent these vibrations from transferring where they shouldn’t.

The engine block is secured firmly to the frame or sub-frame of the car body. Vibrations are dampened and don’t impact the other parts of the engine nearly as much. The connection between the engine and car body is maintained.

An additional function of the motor mount is that it prevents vibrations from reaching the rest of the car as well. All in all, beyond keeping your engine connected to the frame, mounts are the first line of defense against damage-causing vibrations in your vehicle.

#1 – Sounds of Repeated Impacts in the Engine Bay

When engine mounts wear out, one of the most common symptoms of this is noise in the engine bay. This can be in the form of clanking, banging, and any other sound that makes you think of an impact.

These sounds occur because the engine isn’t secure anymore. It shifts from side to side, bumping into the walls of the cradle.

This is a common sign of a dying engine mount. Any excess vibrations in your car are caused by a failing mount.

When the rubber or dampening fluid of the mount wears out, or when the mount itself ceases to be secure, its ability to prevent vibrations is impacted severely. You will begin to feel the entire car shake and vibrate.

#3 – Engine is Moving Around

If your engine tends to move about in the bay, you have at least one bad mount. Keeping the engine secure is the primary function of the mount.

Worn mounts allow the engine to move in all directions. You can hear this movement when you accelerate and the engine vibrates more intensely.

You will typically hear impact sounds to accompany the unsecured engine. This can lead to a lack of safety in the cabin of the car. It can also lead to other delicate parts of the car being damaged such as when the radiator fan hits into the surrounding shroud. 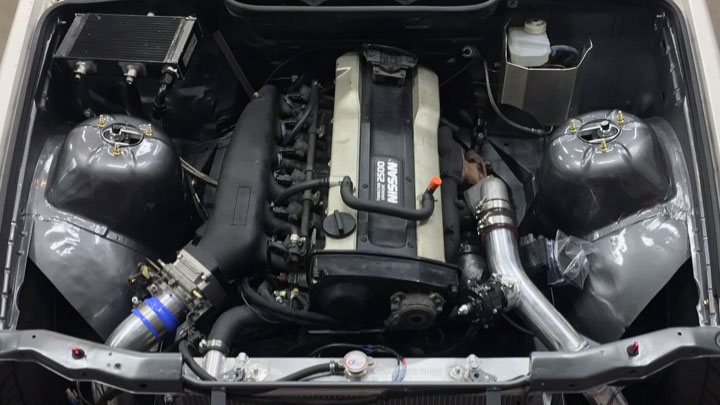 When the engine of the car is secured using mounts, it is also aligned correctly. This means that the engine is on one level, without having a varying height throughout its cross section. A failing set of mounts causes the engine to droop to one side, or even to tilt.

This can be detected by listening for the sound of excess vibration in the engine bay. Check the engine out regularly and look for tilting.

Slight tilting doesn’t affect the capability of the engine, but the engine can actually flood and fail if it tilts too far to one side, leading to a breakdown. Always check and replace your mounts as needed.

#5 – Damage to Your Engine Block 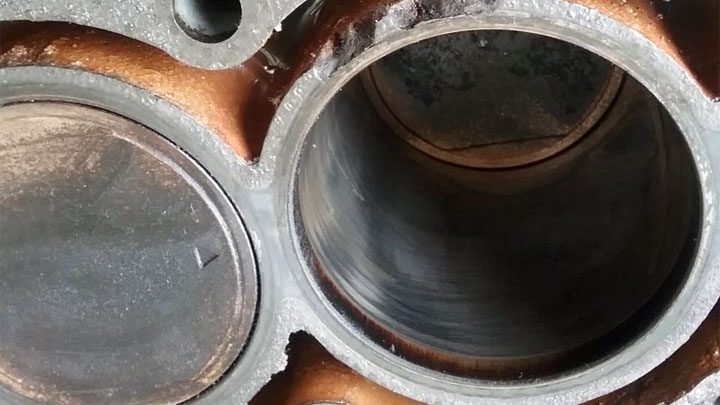 This is one of the most extreme situations that can occur as a consequence of having a bad engine mount. If the mount breaks and fails catastrophically because of negligence in replacing it when needed, your entire engine is likely to start bouncing around.

At high speeds, this can result in the engine losing some of the most delicate parts due to it hitting surrounding areas. This can lead to a serious accident, resulting in major damage or even loss of life. 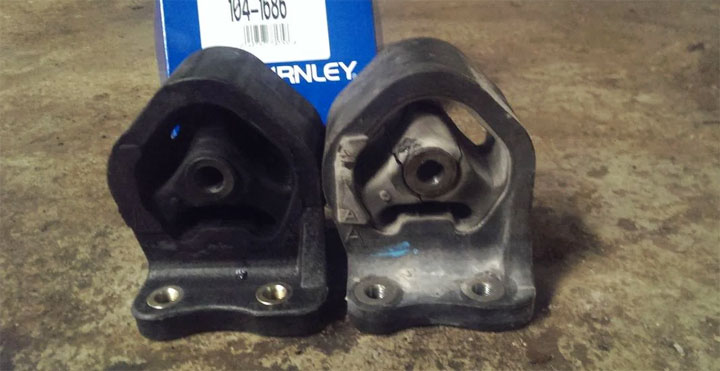 The longer you wait to replace your engine mounts after the symptoms start, the more it can cost you. Prevention of a failed engine mount scenario is the cheapest and most effective method.

However, the cost of replacing a cracked or broken mount can range anywhere from about $250 to $600 based on your car’s size and requirements. For the price of parts, actual motor mounts themselves cost around $50 to $150.

The labor to install these mounts and correctly realign your engine costs more than the parts themselves. Expect to spend anywhere from $200 to $450 in labor to replace a motor mount depending on how difficult it is to get to.

Keep in mind that you will often need to replace more than one engine mount so the actual cost may be more than specified above.

It’s a good idea not to skimp on quality when it comes to engine mounts. Either stick with OEM or an aftermarket brand with a good reputation.