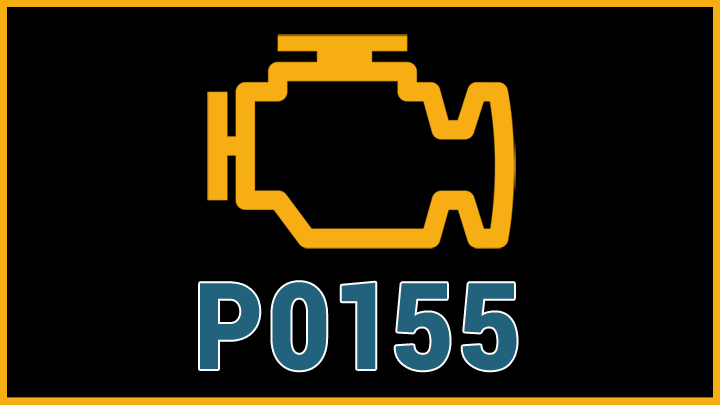 There are few feelings worse than when you see your vehicle’s check engine light come on for the first time. But once you hook up your vehicle to an OBD2 scanner and check the code, you’re not done just yet.

Because while that’s exactly what you need to do to figure out what’s going on, without a little research, it’s impossible to break down what the code means. That’s why we’ve come up with these guides to walk you through everything you need to know to fix your engine codes the first time.

There’s good news if you have a code P0155 though, it’s not that serious and shouldn’t cost you a ton to fix.

While it’s a bit of mumbo-jumbo for the non-automotive savvy, the truth is that a code P0155 is simply telling you that the reading from one of the oxygen sensors is out of whack. More specifically, it’s telling you it’s from the sensor before the catalytic converter.

It’s as straightforward as engine codes come, which means you shouldn’t have to spend a lot of time troubleshooting what’s going on.

Compared to most engine codes, a code P0155 doesn’t really have any noticeable symptoms. Of course you’ll have the check engine light that alerted you to the problem, but unless you hook up an emissions tester, you likely won’t notice anything else.

Sometimes your vehicle will suffer from elevated NOx levels since the catalytic converter can’t measure its level of success, and some emissions tests will fail a vehicle with a code P0155 outright. Still, most of the time there are no noticeable symptoms if you have a code P0155.

By far the most common cause of a code P0155 is a faulty oxygen sensor.

Oxygen sensors wear out over time. In older vehicles, they only last about 50,000 miles, and in newer ones they last closer to 100,000 miles. Either way, if you drive your vehicle enough it’s only a matter of time until you need to replace them.

But while that’s the most likely cause of a code P0155, it’s not the only one. Another potential cause is some sort of wiring, connection, or electrical issue. The code is simply telling you that there’s something wrong with the reading, so if there’s something disrupting the connection from the sensor to the computer that can trip the code too.

These wires and connections can break down over time too, but they generally last far longer than the sensors themselves. However, if you live in an area with lots of salt in the air (along the coast) or other corrosive elements (road salt use in the winter), it can hasten the demise of the wiring and connections.

Outside of elevated emission levels, not too much happens from a code P0155. Because of this, P0155 is one of the least serious engine codes you can get. Still, even if this diagnostic trouble code doesn’t cause any immediate problems, that doesn’t mean you should ignore it indefinitely.

Because of this, we recommend fixing a P0155 engine code as soon as possible. Not only will you help lower your vehicle’s carbon footprint, but you can also end up saving yourself some money if additional problems pop up and you catch them early.

Typically all you need to do to fix a code P0155 is replace the faulty oxygen sensor. However, before you start replacing sensors, keep in mind that it could be an electrical problem. Check the wiring and test for power at the sensor to ensure that’s not the problem.

If you determine that the oxygen sensor is faulty, the best course of action is to replace it, but if you’re in a pinch and need to save a few bucks, you can try cleaning it with a wire brush. Just keep in mind that oxygen sensors are not reusable parts, so you’re only buying yourself a little time if you do this.

And considering the average cost to replace an oxygen sensor ranges from $40 to $300 depending on what you drive, it really depends on what you drive if it’s worth trying to extend the sensor’s life!

Keep in mind that the majority of the cost to fix a code P0155 comes down to parts. That’s because removing and replacing the oxygen sensor is generally extremely quick and easy to do. If you have the proper wrench, you can even do it yourself and save yourself about $40 in labor costs!