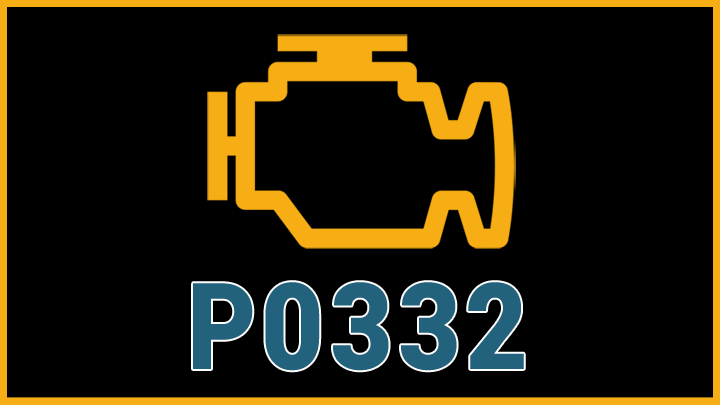 Manufacturers fill modern vehicles to the brim with sensors. And while those sensors can help detect problems early, that still doesn’t keep you from having a mini heart attack when the check engine light comes on.

But once you’ve diagnosed the code, you’re still not out of the woods. Because what on earth does a “Code P0332” mean? More importantly, is it serious, and what do you need to do to make it go away?

In this guide, we’ll break down everything you need to know about this troublesome code. But the good news is that you’ve likely dodged a bullet with this one.

Your vehicle’s ECM pops a code P0332 when the knock sensor reports back a suspiciously low voltage. This usually means that the sensor is offline – or at the very least, the readings aren’t making it back to the computer.

This is different than there actually being an engine knock in the system. A code P0332 only means that the ECM isn’t picking up any reading from the knock sensor – or the reading is too small to be accurate.

Outside of the obvious check engine light, increased emissions and a failed emissions test is the most likely symptom of a code P0332. However, it is possible that you could hear an engine pinging, or the engine might be running hot.

If either of those things occurs, then the code P0332 is serious, and you need to resolve the issue straight away. 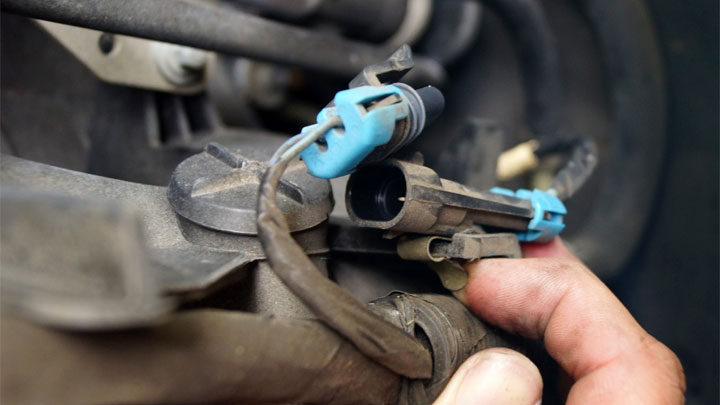 Most of the time, your vehicle has a code P0332 because of a defective knock sensor. But while that’s by far the most common cause of this code, it’s not the only one. Another fairly common cause is poor electrical connections or further electrical problems within the knock sensor circuit.

Because it doesn’t matter if the sensor is in pristine condition if the wiring is extremely corroded or frayed. Other potential causes include a defective EGR system, underlying coolant problems, are a lean air to fuel ratio.

While all engine codes can be serious, most times, a code P0332 is not a serious condition. That’s because a code P0332 usually occurs when a knock sensor is offline – not because of an actual engine knock.

While it’s possible to have a code P0332 because of an actual engine knock, code P0325 or P0327 or similar sister code is more likely. Usually, the worst thing that happens with a code P0332 is that engine emissions will increase, which means you won’t pass an emissions test.

However, if an underlying engine knock occurs, you won’t have a sensor to detect it. This means that if you ignore the problem long enough, you might be playing with fire – and the problem could end up causing you thousands of dollars if you get unlucky.

That’s why it’s best to get an accurate diagnosis of your engine code before assuming that it isn’t serious – and even then, you shouldn’t ignore the problem for too long.

Because while it might not be serious most of the time, it could lead to severe engine damage and cost you a small fortune if you’re unlucky.

Usually, all you need to do to fix a code P0332 is replace the knock sensor. However, the problem could be an underlying electrical condition. Moreover, it is possible, although unlikely, that your problem could be coming from a defective EGR or cooling system.

If you’re good at troubleshooting electrical issues, the easiest way to determine if you have a faulty knock sensor is to check for power at the sensor and use an OBD-II scan tool to take a deeper look at the readings.

This isn’t the easiest code to troubleshoot at home, so if you plan on fixing it yourself, you might have to take a risk and replace the knock sensor. While it’s likely this will fix your problem – it’s not guaranteed.

If you plan to replace the sensor yourself, an aftermarket knock sensor usually costs between $25 and $75, depending on what you drive. And if you plan on having the repair shop take care of the code for you and it is a knock sensor – you can expect to spend anywhere from $300 to $400 in repairs.

While that might seem like a lot of money, if your engine does develop a knock and you don’t catch it, the repair costs can easily climb into the thousands.