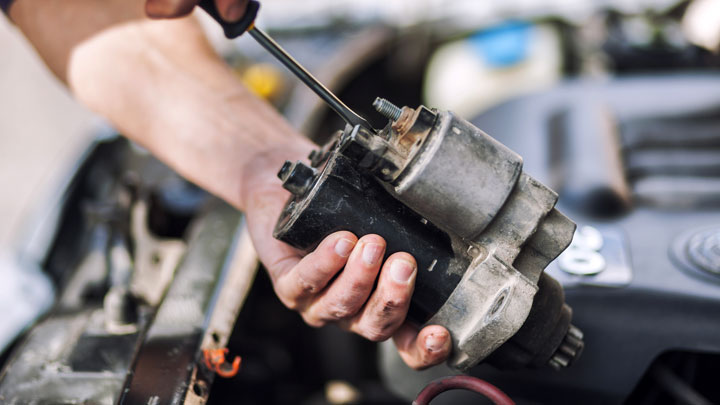 For automobiles, the electric starter is a boon to easily getting on the road. It was invented by Clyde J. Coleman and first patented in 1903. Coleman soon sold his patent rights to Delco which was subsequently absorbed by General Motors.

When Delco joined GM, the brilliant engineer, Charles Kettering, came along for the ride. Kettering received a patent for an improved version of Coleman’s design.

This starter first appeared on GM’s 1912 Cadillac. It was actually a dual-function starter-generator, spun continuously when the engine was running and kept the Cadillac’s battery charged.

By 1920 most cars built in the United States had an electric starter. One major exception was Henry Ford’s Model T. In 1921 Ford offered a starter for his car as a $20 option.

Today to find an automobile without electric start would be laughable. But in the early years using a hand crank to start your car was a skill to be honored.

The symptoms of a bad starter can hard to diagnose but listening for certain sounds is a big help. Here’s what to look for, what causes starter motor failure, and about how much a starter replacement will cost you.

How a Starter Motor Works

On most internal combustion engines today (gasoline & diesel types), the starter spends its life adjacent to the flywheel on the rear of the engine block. It is simply a high torque electric motor with several clever features.

Its output shaft includes a pinion gear and one-way clutch assembly called the Bendix drive so named for its inventor, Vincent Bendix.

An electrical solenoid is also part of most starters. It is basically an electromagnetic switch.

So let’s step through this process. You hop in your car. You may have to press the brake or the clutch. Then you insert the ignition key and give it a twist or push the starter button.

Thus the engine is spun over, and if all is well, it starts running. When power to the starter is turned off, the Bendix drive retracts its pinion gear.

All this happens quite reliably and beats the daylights out of having to stand in front of your car and twist a crank.

When you start your car, a properly operating starter will produce a cyclic whir-whir-whir sound. The speed varies as the starter turns the engine against compression producing this rhythmic tone.

Over months of automobile ownership, you will become quite accustomed to this routine sound. A bad starter will signal problems with some quite different sounds:

You turn the key or press the button and… nothing. Not a sound. This could be the fault of the starter, starter solenoid or some other electrical problem. Might be the car battery. (See the section below for more on this.)

The starter is not engaging the flywheel. It is just spinning freely. This could be a solenoid and/or a Bendix drive problem. Or the flywheel ring gear may have an area of missing gear teeth.

The starter is partially engaging but not fully engaging the ring gear. The engine is not turning over.

Sometimes, with this third condition, if you cycle the ignition key off and on repeatedly (or repeatedly press the start button) the starter will suddenly engage and spin the engine. That’s great for this particular moment. But don’t rely on it.

A total failure to start the engine will inevitably follow. And repeating that on-off action to get the engine running may be damaging the flywheel ring gear. Should this happen, repairs will prove costly.

Related: Caused of an Engine That Cranks But Won’t Start

Starter Failures Can Be Tricky to Diagnose 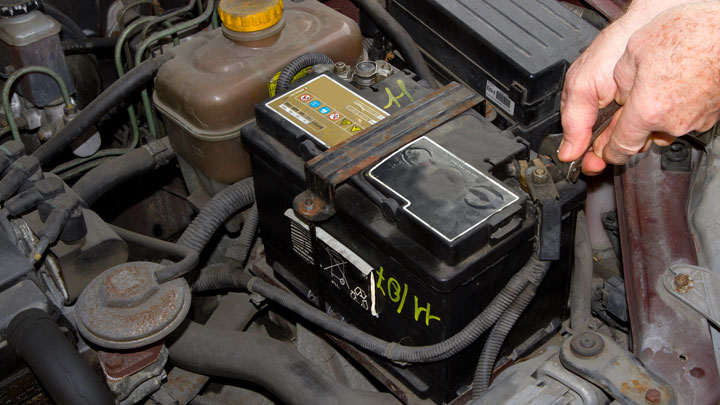 The above bad starter conditions could be the result of a dead or partially discharged battery. Whenever your car fails to start properly the first thing to do is evaluate the battery.

Other failure modes could also deprive the starter of electrical power. For example, wiring to the starter may be disconnected or damaged. The ignition key switch (or start button) may be defective. One of several safety interlocks may have failed like the interlock that prevents the car from being started unless the transmission is in ‘park’.

See Also: Causes of a Car That Won’t Shift Out of Park

Before spending the bucks to replace a seemingly faulty starter, these other possible problems should be ruled out. A skilled technician will look for such problems when the starter seems to have failed before just replacing it.

What Causes a Starter to Fail?

Automobile starters today are very reliable. But several factors can contribute to a car starter going out.

The passage of time and continual usage affects everything including your car’s starter. In general this is the most common starter failure cause.

Aging is hastened by more frequent engine starts. Putting on most of your miles just around town aggravates this. Long trips accumulate more miles with fewer engine stops, and the starter will last longer. 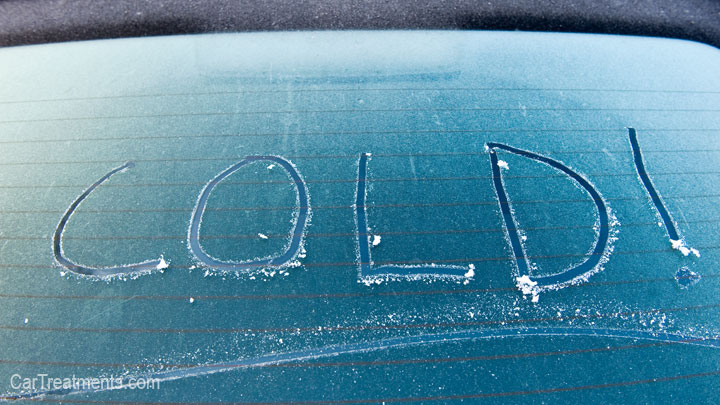 Cold weather more rapidly ages the starter because the engine is much more difficult to turn over when very cold. Examples of this include cars parked outdoors night after night with temperatures well below freezing. And below zero temperatures significantly increase this age factor.

Note: Cars or trucks subjected to these cold weather extremes can benefit greatly by the installation of an electrically-powered engine block heater. Should such be desired, contact a competent service technician.

Major damage to a starter can occur when other problems cause an engine to be difficult or fail to start. If your engine won’t start right away, never allow the starter to continue to operate for extended periods. Such use will overheat the starter risking internal wiring damage. Patience is well advised here.

In such situations, allowing the starter to run for no more than 5 to 7 seconds followed by a rest of at least 15 seconds to cool is recommended. Only four successive tries to start using this regimen is advised.

Then allow the starter to cool for several minutes. Consult your owner’s manual for further information in this regard.

#4 – Engine Oil Leaks Onto the Starter

Such leakage can cause oil to enter the starter housing and coat the commutator area of the motor shaft. This will degrade the ability of the starter to crank the engine.

Oil leaks noted on the ground below your car’s engine should be evaluated for damage to other systems like the starter. Promptly correcting oil leaks is always a good practice. 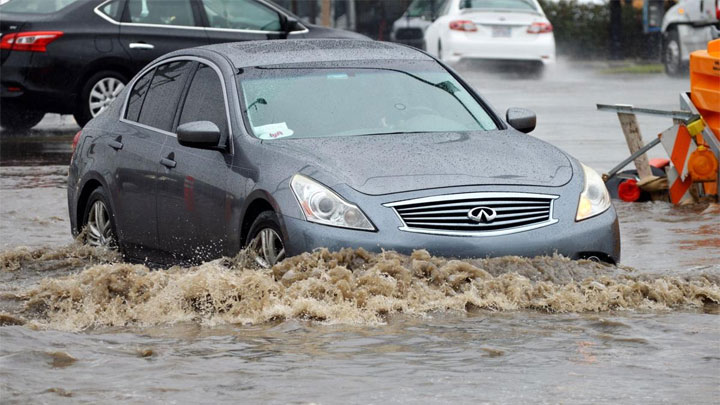 Deep water should always be avoided. If sufficiently deep, it can immerse your starter and cause internal corrosion leading to starter failure or worse, a hydrolocked engine.

If in a heavy rainstorm and you must drive through deep water, a subsequent professional evaluation of your car for water damage is well-advised. 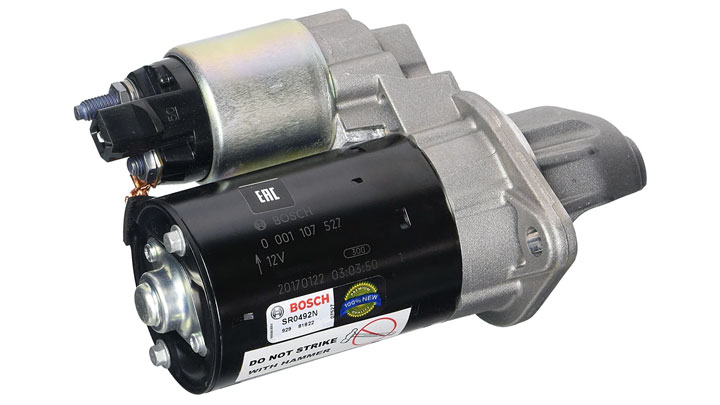 Though one would not want to fret over this possible event, a time may come when your car’s starter will fail. Depending on the make, model and age of your car, replacing the starter can range from moderately inexpensive to quite costly.

These prices would be for new parts. The use of a remanufactured (reman) starter could knock 30% to 40% off this cost. The lower cost of reman parts is a benefit, but the warranty offered will customarily not be as long as that of a new part. You tend to get what you pay for.

Typical starter replacement estimates will probably not address damage to the flywheel or flywheel ring gear. Such damage may be evident on older cars with mileage beyond 150,000.

Flywheel and ring gear replacement could add $1,000 or more to the total cost of replacing the starter.

Can You Jump Start a Car with a Bad Starter?

In general, the answer to this question will be, no.

If the starter is faulty, adding electrical power to the mix will be of no benefit. The traditional jump start is a stopgap solution for a weak or dead battery not for the starter itself.

How to Start a Car with a Bad Starter 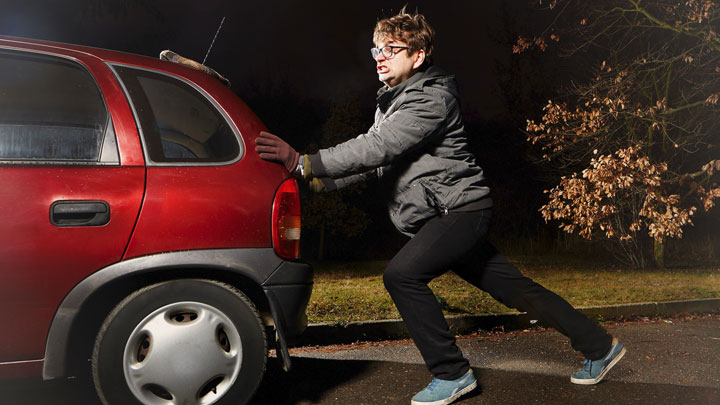 Your car’s engine is highly dependent on that starter to get it going. There are few tricks in the book to get that engine running if the starter is off its game. Here’s some that just might help in time of need:

Method 1 – Getting a Push

This is a fairly reliable way to start the engine if your car has a manual transmission. And you can use the push technique with another vehicle if you don’t mind scratches or possible dents in the rear of your car.

But if you have two or three hardy folks nearby, pushing by hand can do the trick. Here’s the technique:

In the winter if roads are slippery, this method will probably not work. Your tires will just slide. Your push team will have little traction as well. Last, your cold engine will not want to start easily. Best bet here will be to call for a tow.

If your car has an automatic transmission, getting a push is a very bad idea. Attempting such a start could seriously damage the transmission. So don’t try it. Always check your owner’s manual to see what limitations they recommend before getting any push start.

Method 2 – Park Your Car on a Decline (Facing Downhill)

You will have to do this everywhere you go. Again, your car must have manual transmission. The hill gets your car moving just like the push method.

Keep in mind that this won’t work if someone comes along and parks right in front of you.

Back in the day, my aging dad had an old Caddy. The starter was aging as well. Occasionally he’d turn the key, and nothing would happen. In the trunk, he carried a nice debarked and varnished hardwood log about 4 inches in diameter (I am not making this up).

He’d get that log out, open the hood and smack the starter. That jarring would apparently move the armature inside just a little bit. He’d hop back in and turn the key. Vroom, it would start right up.

I recall my dad used this method for several years even on long road trips before finally getting a new starter installed. It might just work for you. Here’s one way to do this:

You might be surprised how well this backup method can give temporary relief in an emergency. Of course, you must be able to see and have access to the starter to take these steps.

But don’t place all your faith in this method. Rather, get a replacement starter installed as soon as it’s convenient.