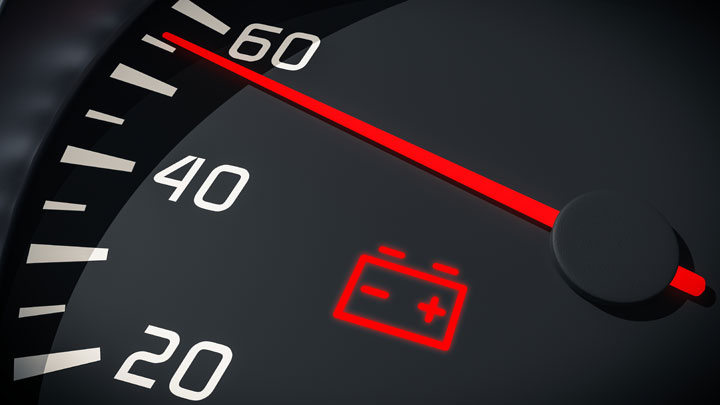 When driving, it’s always important to pay attention to the signals your car is sending you. Many of these can be seen as glowing little symbols on the dashboard. But what should you do if the battery warning light comes on?

If the voltage created by the electrical charging system is too low, a battery warning light illuminates to indicate that the battery cannot be properly charged. Without a charging battery, the vehicle will not stay running for long. 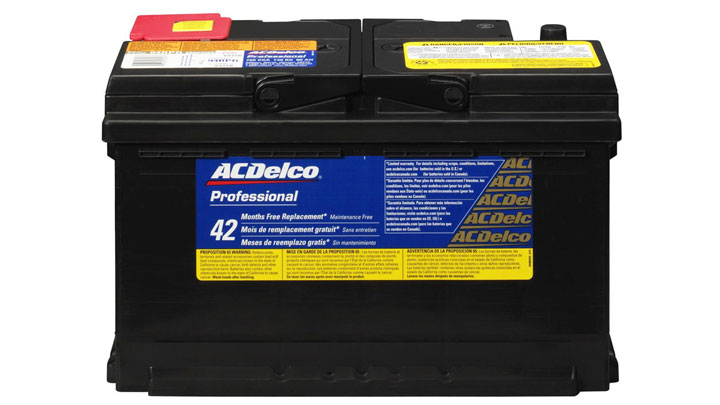 Recharging happens when the crankshaft pulley turns the alternator belt (also known as serpentine belt or accessory belt) which spins a rotor inside the alternator (which is sometimes referred to as a generator).

The alternator takes kinetic energy from the rotating pulley and converts some of this energy into AC power, which is then converted into DC current and stored in the battery. This energy is then used to power things such as headlights, power windows, heated seats, radio, air conditioner, DVD players, and cell phone chargers.

Note: Older vehicles may use a dynamo (also called a DC generator) instead of an alternator.

The voltage regulator maintains the desired voltage while charging the battery. It is often a component of the engine control unit (ECU).

The current (made of electrons) flows from one post of the battery, through the accessories, then into the other battery post. Various wires around the engine bay called ground straps connect parts of the wiring harness to the chassis, which help complete different circuits.

Every time the vehicle starts up, the battery warning light should briefly turn on, then back off after a few seconds. This is a system test that indicates the battery light on the dash, along with any monitored components of the charging system, are working as expected.

The warning light for the battery will stay on if a fault is detected in the charging system. If this occurs, there are a number of potential causes to check out when troubleshooting.

Safety is important whenever working with electrical systems, so check your owner’s manual for general tips. It’s a good idea to wear gloves or goggles to protect your eyes if battery acid splashes, and rubber gloves to protect you from shock. Disconnect the battery before cleaning or closely examining it.

If the battery is having trouble charging, you should notice other symptoms such as dim headlights, clock running slow, or things such as the air conditioner or radio not working.

Normal 12 volt batteries have a 3 to 5 year lifespan. Some manufacturers tout a longer lifespan, but the batteries should not be expected to last that long.

These conventional batteries each have a lead dioxide plate and lead plate submerged in a sulfuric acid electrolyte solution in each of the six cells. With age, the cells or plates can break and the electrolyte solution can leak. If this happens then the battery needs to be replaced.

Bad wiring or bad grounds can also cause the battery to not take or hold a charge.

It’s relatively easy to check the function of the alternator with a multimeter. The voltage should be between 13.6 volts and 14.6 volts. If the voltage is less than 12 volts, the battery light is triggered and you’ll likely need to replace the alternator.

The voltage regulator, the component that limits the output to a safe limit of 14.5 volts, can also be the culprit if it isn’t working as it should.

See Also:  Difference Between a Dead Battery vs Bad Alternator

An alternator belt is crucial since it connects the alternator, engine, and accessories together. Belts can crack with age or even completely break. They can also be misaligned, too tight, or too loose.

If a bad alternator belt is the cause of the battery warning light, it may also cause squealing from the hood when the vehicle is running. 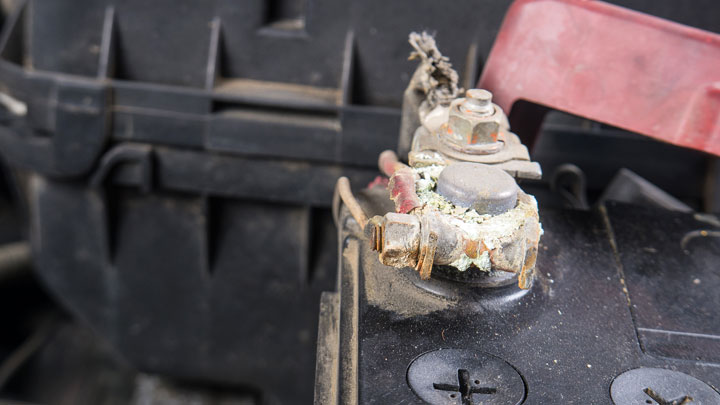 The positive and negative battery terminals are channels for the electricity, so it’s important not to increase the resistance by covering them with other substances that are poor conductors. Corroded electrical components are poor conductors. This is often a source of bad connections in an otherwise healthy system.

Corrosion is the white, blue, or green product of a reaction that happens with normal use and is accelerated by persistent heat, so hot climates are associated with more corrosion.

It’s an acidic substance and will eat away a vehicle’s paint and irritate your skin, so use caution. Typical rust has a reddish tint and may also affect the electrical components’ conductivity.

If you notice corrosion on your battery terminals, don the appropriate safety gear and clean the terminals with a stiff-bristled brush and a solution of 1 tablespoon baking soda dissolved in 1 cup water. This solution is alkaline so it will neutralize the acid in the corrosion.

Battery terminal cleaners are special brushes that are specifically designed to clean battery posts and the inside of terminals. They are cheap and may make the job a bit easier.

If there doesn’t seem to be a good connection, tighten it with a wrench or pliers so that it fits snugly. Some battery bolts can strip out if over tightened, so be sure not to overdo it. 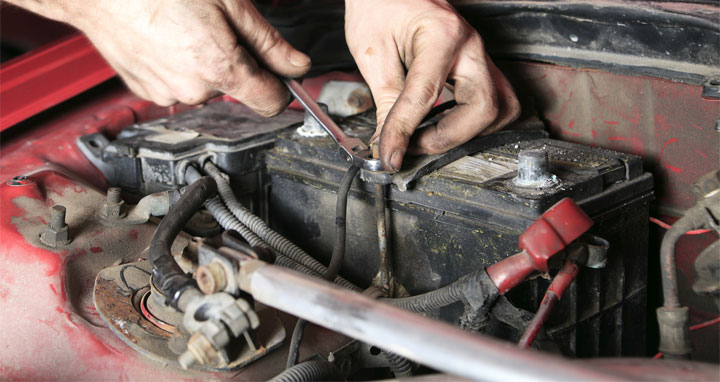 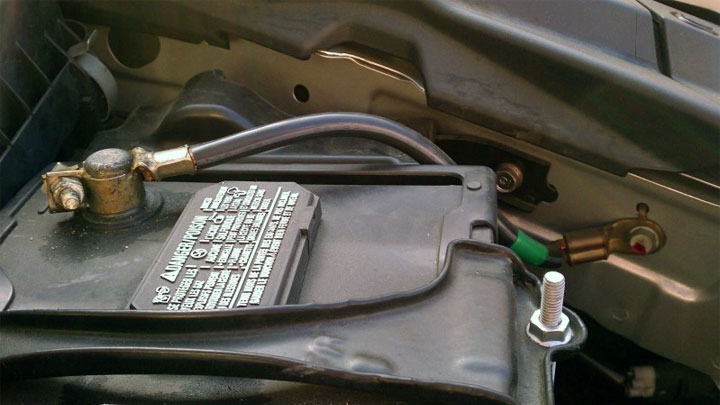 A ground strap, or ground wire, completes the circuits of different components around the vehicle so electricity can flow as it should. If the ground strap is damaged or detached, the battery may not be able to charge.

More than likely, you will notice a specific subset of components in a localized area start to act up if a ground strap is loose or corroded. 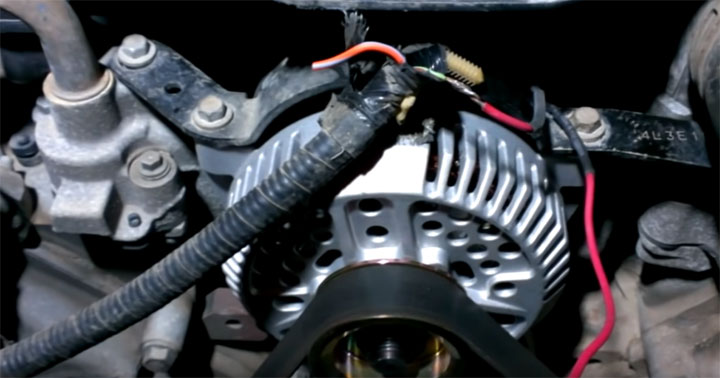 There are a lot of wires involved in the electric charging system so if any of these are broken or disconnected then the battery warning light may come on.

Wires typically break around the connectors rather than further up the wiring harness. The wires and connectors may become stiff and brittle with age.

#9 – Too Many Accessories in Use 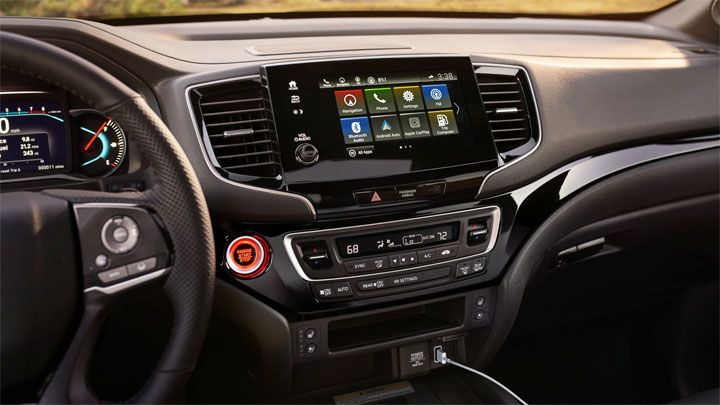 Since the vehicle’s accessories run off of the alternator belt, which is also how the battery is charged, using them in excess can siphon too much electricity, leaving the battery “hungry”.

This can sometimes occur with an aftermarket sound system that uses an amplifier that consumes more power than the alternator can handle. Usually this is the case when adding a large, power-hungry subwoofer.

What To Do If the Battery Warning Light is On

If you are driving and the battery warning light comes on, know that you probably don’t have much time left of driving before your vehicle dies. Try to get home or to a mechanic as soon as possible.

To get the most out of the juice left in the battery, reduce the accessory load to the bare essentials – turn off the HVAC system, don’t use power windows, take your phone off of the charger, and sing to yourself instead of using the radio (you may want to keep the windows rolled up).

Whatever you do, don’t turn off the engine until you’ve reached your destination! The starter motor takes a lot of electricity and if there isn’t enough charge in the battery then the vehicle won’t start.

Keep an eye on your temperature gauge, as overheating can be an associated issue with charging problems.