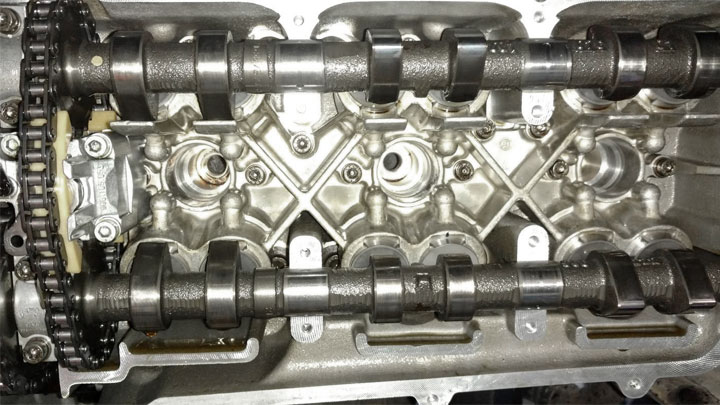 Your vehicle’s hydraulic valve lifters, or hydraulic tappets, are small cylinders right beside each of your engine’s valves. It ensures your vehicle runs efficiently and silently. Over time, the lifter mechanism will wear out (especially with dirty oil or not enough of it), leading to a lifter tick or tapping sound.

If you ignore this sound or other signs of a bad lifter, the problem can worsen and cause severe damage to your vehicle. To help avoid the expensive consequences of overlooking a faulty hydraulic lifter, we’ve put together a list of bad lifter symptoms you should never ignore.

Before we get into lifter issues, let’s talk about how they function when they work correctly.

How Do Hydraulic Lifters Work?

A small rod, known as the rocker arm, connects the hydraulic valve to the lifter. Unlike other lifters, a hydraulic lifter contains oil, which drives its plunger and spring. The plunger and spring work together to create clearance within the valve train and ensure quieter driving. The hydraulic filter also increases the lifespan of your engine by reducing wear and tear.

Low oil pressure within a hydraulic lifter can affect its performance and generate unusual noises. If ignored, the problem can escalate until it damages the valve tip, rocker arm, and push rod, which all amount to expensive fixes.

Knowing what a faulty lifter sounds like can save you hundreds of dollars by helping you catch and fix a lifter problem early. Instead of the occasional knocking, a bad hydraulic lifter will make a continuous tapping sound.

The tapping will occur in rapid succession and will worsen with time. Depending on the exact issue, the sound can occur regardless of whether you have a hot or cold engine. For more severe lifter problems, you may hear a loud knocking or banging noise.

The lifter fault may occur due to:

In addition to noisy valve lifters, other symptoms of a faulty hydraulic lifter include:

A sticky lifter remains in a collapsed state instead of going up and down. When the lifter doesn’t move, the system becomes unable to maintain oil pressure. It will also lead to the lifter’s internal parts hammering against one other, generating more noise.

Because of the faulty components, accelerating to a higher RPM will increase the volume and frequency of the lifter noise.

A faulty lifter will disrupt a cylinder’s ability to mix and burn air and fuel. When that happens, cylinder misfiring occurs, and you experience slower acceleration.

The malfunctioning lifter will cause the pushrod to bend and fall out of space. When that happens, it leads to a dead cylinder that might break valves, rocker arms, or even damage the entire engine.

As the problem intensifies, your check engine light will come on. You can then diagnose the problem by checking the listed error codes. 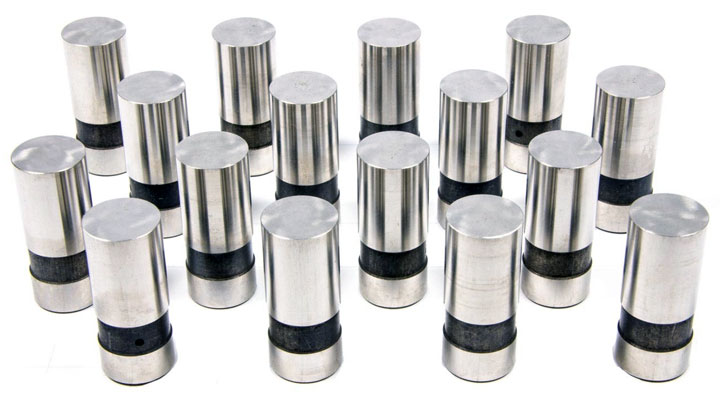 The cost of replacing an engine lifter isn’t so cut and dry due to so many factors. Sure, if only one lifter is bad and you choose to only replace that one, getting a replacement cost figure is pretty straightforward. But like spark plugs, it’s a good idea to simply replace them all because if one goes bad, others will likely soon follow.

The cost of a lifter itself ranges anywhere from $5 to $30. But if you’re replacing all the lifters in your engine, that can vary greatly depending on the engine.

Generally speaking, there are two lifters per valve. This means that you may need to replace 2 lifters or 32 lifters or somewhere in between. Add to that the cost of gaskets, bolts, and other parts and it can get quite expensive.

An alternative is to purchase a complete lifter replacement kit such as this one for a 2007-2014 GM 5.3L engine. The price of an aftermarket kit is going to be better than purchasing individual OEM parts from a dealership, but you need to consider quality as well.

Labor costs aren’t going to be cheap either. Again, depending on the engine, it can be a 3-hour job, 10-hour job, or somewhere in between. Using an average $100/hr labor rate, you’re looking at somewhere between $300 and $1,000 just for labor.

When talking about the total replacement cost (parts + labor), giving an average cost is hard to give. But as an example, for a common V8 engine that has 16 lifters, expect to pay somewhere between $1,000 to $2,000 depending on the quality of parts and whether going to an independent mechanic or the dealership.

You could save a bit of money by getting refurbished lifters instead of brand new ones but that’s not going to affect your labor cost so it’s generally not recommended.

How to Quiet Noisy Lifters

If you want to prevent noisy valve lifters, use these tips:

These tips will help you identify, quiet, and/or fix a bad hydraulic lifter when yours has issues. If you notice any of these symptoms in your vehicle, don’t delay. If you ignore them, you risk damaging your engine and a costlier fix.