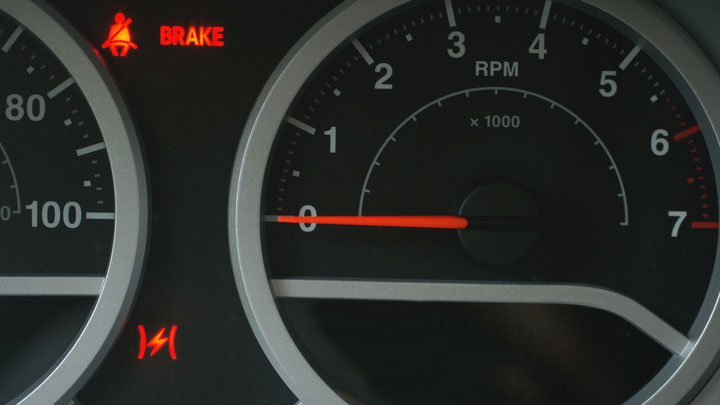 During the development of the automobile, several different methods to control engine speed were utilized. Hand throttles were initially popular, but this method faded over time.

Eventually the engine speed and car speed control became the work of the driver’s right foot. Thus the accelerator pedal (or gas pedal) emerged. It was connected to the engine carburetor by a simple linkage or cable.

Pressing this pedal opened the air flow butterfly valve inside the carburetor causing engine speed to increase. This control system proved to be remarkably reliable and persisted pretty much unchanged through the late 1980s.

In the modern automobile (model year 1990 or newer) your right foot does the same job but engine speed is modulated by a completely computerized system. This system is called electronic throttle control (ETC).

This article will discuss this system including the throttle control warning light (TCL) that can alert you to fuel control problems before these problems bring your pleasant ride to a halt.

What is Electronic Throttle Control? 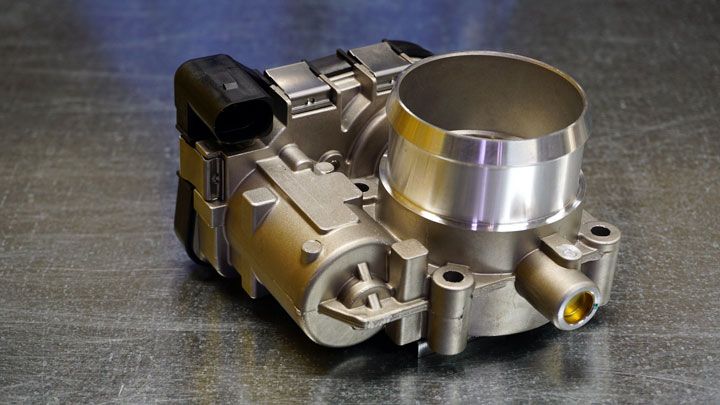 When you press the gas pedal down, the ETC system opens the ACV’s internal butterfly valve to admit greater airflow to the engine while the EFI increases fuel flow. Thus the engine speeds up.

At the same time, the ECU adjusts the timing of both the engine valves and ignition in accord with programmed profiles that will produce smooth and powerful engine acceleration.

It should also be noted that the ETC dictates engine speed independent of gas pedal position during the warmup period just after you start the engine. Engine idle speed is automatically elevated to provide smooth cold operation as well as minimize unburned fuel from exiting the engine to the catalytic converters. In this fashion, emissions are minimized during cold start conditions.

Most air control valves include a throttle position sensor (TPS). The TPS provides a signal back to the ECU confirming that the air valve is responding precisely as it is commanded by the ECU.

In sports or high performance cars, the ETC may be designed to include several operational modes that can be selected by the driver. These modes might look like this:

These alternate modes would also include changes to valve and ignition timing profiles. Of course, selecting a performance setting will decrease fuel economy but will not adversely affect emissions. This multi-mode capability can add to the driving enjoyment for most automotive enthusiasts.

As clever as it may be, the ETC can malfunction. This is when the throttle control warning light (TCL) comes into play.

What is a Throttle Control Warning Light?

Like the check engine light (CEL), traction control light, or other warning lights, this light tells you a problem exists that may require corrective action. See your car’s owner’s manual for further information.

When you see the TCL steadily glowing or flashing, the Onboard Diagnostic System (OBD2) will have set one or more trouble codes. Using a diagnostic tool, you or your service technician can display these codes and use them to find the fault(s) with your car’s fuel-air supply and related systems.

What Does the Electronic Throttle Control Light Look Like?

The TCL icon in your instrument panel looks like this: a short vertical lightning bolt suspended between two curved inward vertical lines. Generally it will be yellow, red, or orange in color.

This light will momentarily illuminate during your car’s engine start procedure to let you know it is operating.

Note:  Not every car will have a throttle control warning light. Check your owner’s manual (printed or online) to determine if your car has one.

If it does, the owner’s manual will also show you the location and appearance of this light. Late model Dodge, Chrysler and Jeep products include this feature.

What Will Cause the TCL to Illuminate?

The following malfunctions will turn on the throttle control light:

Loss of or intermittent signal to or from the ECU or gas pedal module. i. Possible causes:

Dirt or corrosion around butterfly valve and/or shaft

Some type of fault or malfunction in a sensor such as the throttle position sensor (located on the air control valve) can cause the electronic throttle control light to come on.

Engine operation can be adversely affected by any of the above malfunctions. Adverse operation may include any of the following disconcerting behaviors:

As mentioned above, any problems that cause the TCL to come on will set a fault code. The check engine light (CEL) will also illuminate.

ETC problems can mimic other engine system issues. This is where OBD2 fault codes can prove to be exceptionally beneficial in enabling proper diagnostic work.

Can You Drive With the TCL Illuminated?

A steadily lit throttle control light indicates an intermittent or ongoing problem, but the car may still be driven. It is possible that the ECU will limit top speed as discussed above. The TCL ‘on’ condition should be addressed as soon as possible to avoid cumulative damage to other systems in your car.

A flashing throttle control light (like a flashing CEL) indicates a serious problem that will require immediate service. Beyond reaching a safe place off the side of the road, the car should not be further driven when either of these warnings are noted.

Note:  Some ETC failures will result in degraded regulation of the fuel-air ratio. If excessive fuel flows into the engine during such a failure, incomplete combustion is probable.

This will admit excess unburned fuel to the catalytic converter(s) in the exhaust system causing localized extreme temperatures.

Overheating of the converter(s) may result in damaging or internally destroying these costly devices. This is just one key reason why expeditiously heeding the warning posed by the illuminated TCL and/or CEL is always wise.