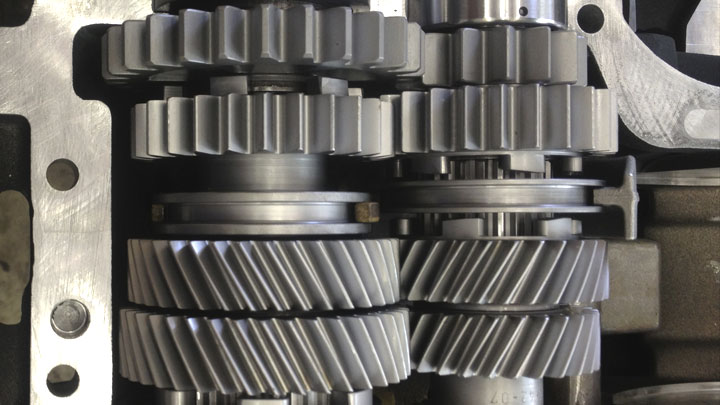 Today, gears are a major part of our lives. Mostly hidden by appropriate enclosures, they do their work in all manner of servile devices from washing machines to laser printers to chainsaws. Many aspects of life would be far different and more difficult without gears.

Two specific types of gears are in common use worldwide. Straight cut (or spur) gears and helical gears. These may be the most common gear types in use today.

So let’s examine these two designs, what they look like, how they function and the pros and cons of each as far as automotive applications are concerned. 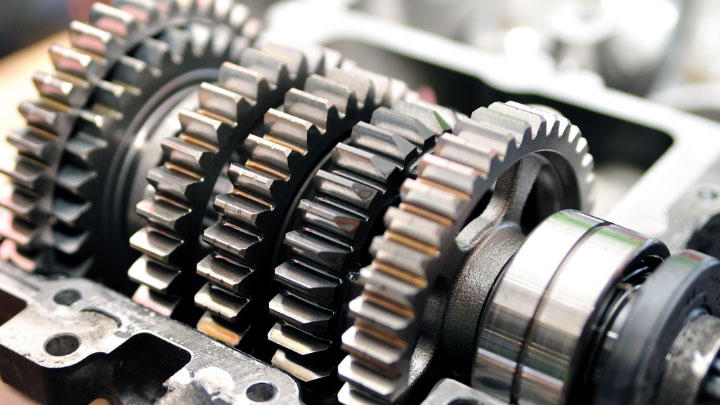 What Are Straight Cut Gears?

As the name implies, straight cut gears have straight gear teeth that align with (are parallel to) the gear’s mounting shaft. As with any gear, the teeth are precisely profiled by extremely accurate machining (hobbing) processes. The materials used have both high strength and extremely hard surfaces to enable long service lives.

When straight cut gears engage, the tolerance of manufacture for each tooth enables only one pair of teeth to carry load at any moment in time. When two of such gear teeth first touch, it will be along a straight line parallel with the two shafts.

The effect of this impact event (remember, each gear is turning) is to generate sound. And as a spur mesh turns, that sound will be a whirring noise that increases in frequency and volume as gear speed increases.

Under load, a pair of straight cut gears will create a separating force that works to push the gears apart. The support structure for the gear shafts must be designed to adequately oppose such forces.

Almost zero axial forces (forces parallel to the gear shafts) will be generated. These forces are due to inevitable manufacturing tolerances present in the mating gear teeth profiles. But they are very small and pose little influence on spur gearbox housing design considerations.

For straight cut gears, the benefits compared to helical gears are as follows:

For straight cut gears, there is only one primary disadvantage: 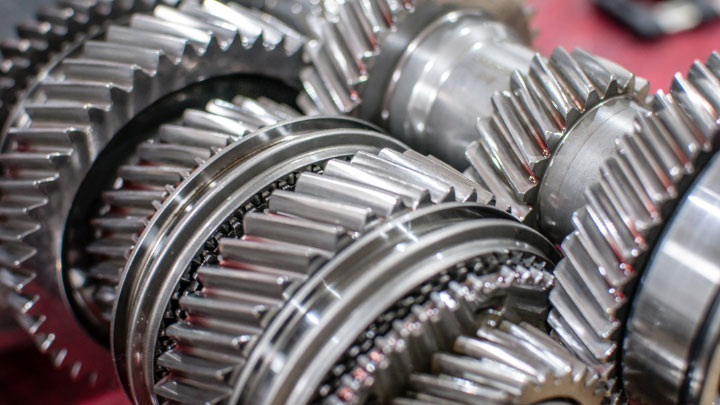 What Are Helical Gears?

Helix is the name for the pattern made by a line that turns in a circle and advances at a constant angle parallel to its center of rotation. Think of a common wood screw. The threads you see are cut in a helical pattern.

The teeth of a helical gear are machined in a similar angled pattern. The helix angle with respect to a gear’s direction of rotation can range between 15 to 30 degrees.

When helical gears engage, they first touch at a point and then engagement increases as the contact point slides along the helical surface of each tooth. Such engagement occurs with less impact than that of the straight cut gears due to the angular arrangement of the teeth.

Additionally more than one tooth pair will be engaged at any moment in time. For basic strength calculations, the general rule is to consider 1.5 tooth sets to be carrying load simultaneously.

The angular design of helical gear teeth enables quieter operation than that of straight cut gearsets operating at the same speed and load carrying capacity.

As with the spur gears, helical gearsets produce a separating force during operation. But they additionally produce an axial or thrust force aligned with their respective shafts.

The helical gearbox housing and related internal parts must be specifically designed to accommodate these thrust loads. This adds weight and size to the housing design.

Additionally, as helical gears mesh, the sliding action of this event generates heat due to friction. This heat is energy lost that results in a reduction in gearbox efficiency. The lost energy heats the lubricating oil, and for some gearboxes this is so great that an oil cooler is required to maintain the oil at reasonable operating temperatures.

For helical gears, the benefits compared to straight cut gears are as follows:

For helical gears, there are three disadvantages:

Often street automobiles become popular for racing. When this occurs, engines are modified to produce more power. The Subaru WRX and some Honda models come to mind.

These cars, in street trim, can be purchased with manual gearboxes. These transmissions have helical gearing and synchros for easy and quiet operation. This is great for street use.

But for racing levels of horsepower, these gearboxes, specifically the gearbox housings, cannot endure the higher helical gear thrust loads.

To counter this problem, a number of clever after-market suppliers offer straight cut gear conversions. These kits provide the gears and other essential parts to convert a street-use gearbox to the more durable but noisier straight cut gear arrangement without having to replace the original gearbox housing.