This module is basically a computer which communicates information to other computer systems within the vehicle. The purpose of the transmission control module is to help the automatic transmission choose the best gear to be in at any given time. That way, the driving performance and fuel economy will be at the optimal level.

If you ever have a problem with your transmission control module, you’ll need to have it inspected right away. A bad TCM will spell trouble for your vehicle and your ability to drive it. Fortunately, there are a few basic symptoms that you’ll most likely notice before this happens.

In any event, get your vehicle checked out immediately by a mechanic or use your own scan tool to check for any Diagnostic Trouble Codes (DTC). If code P0700 shows up, you likely have a problem with your transmission control module.

Since an automatic transmission system relies on the transmission control module to do the shifting, a bad transmission module will cause incorrect or unintended shifting. This can prove to be anything from an annoyance to causing a serious accident.

For instance, if your car shifts to neutral or any other gear that it normally wouldn’t shift into without warning, then your control module will likely need to be replaced. Otherwise, it will be very dangerous to continue driving. Unless you have a manual override option in your vehicle (example: paddle shifters), you will need to get your car towed to a mechanic and have the module replaced.

As you gradually increase speed, your transmission should correctly shift into higher gears at the correct time. When this doesn’t happen, you’ll notice that your engine’s RPM simply keeps increasing instead of slightly dropping an upshift occurs.

Because each gear has a maximum speed it can go to, you may never reach your intended speed if the faulty TCM refuses to shift to a higher gear.

This is similar as above but in reverse order. If you’re cruising down the freeway and take an off-ramp, your transmission should gradually be going into lower gears as your speed decreases. At a stop, an automatic transmission should be in first gear so it’s ready to go when you need to start moving again.

If your transmission control module is bad, you may still be in a high gear as you’re coming to a stop. When it’s time to start moving again, you’re in a too high a gear for proper acceleration which may even prevent you from moving at all.

This usually presents itself as being either stuck in neutral or first gear. The transmission simply will not shift and you either won’t be going anywhere (stuck in neutral) or you’ll be limited by the maximum speed of first gear.

The speed of your vehicle relies on cycling to various gears at the appropriate timing. If you have a bad transmission control module, then it will cycle to next gear too slowly. This will impact the momentum of your acceleration, causing you to lose speed rather than picking up speed. When you approach a hill, the shifting performance will be even worse.

Worst case is when you’re attempting to pass a slower vehicle on a 2-lane road and your vehicle refuses to downshift immediately so you have more torque available to make a quick pass.

If you have a transmission control module that’s bad and affects this timing, then your engine will end up working harder than usual. This means it will consume more fuel than usual, causing you to spend more money at the gas pump. 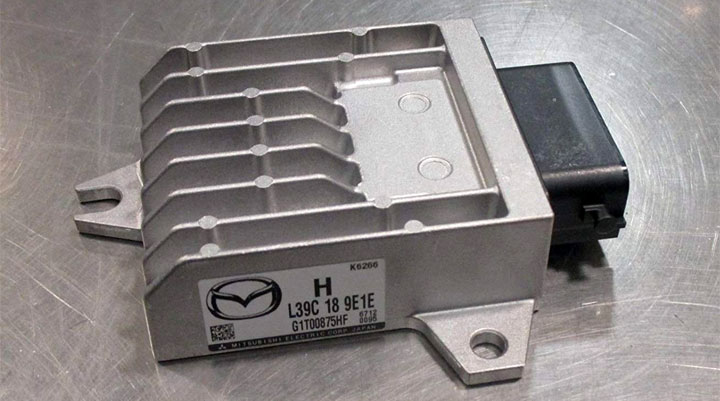 Of course, you can order a new TCM online and ask a mechanic what their hourly labor rates are. However, most of the cost for this replacement job goes toward the parts cost itself and it can vary greatly by car manufacturer. You can expect taxes and fees to be added to the total cost as well.

Also, you may need to ship your bad TCM to a non-local location so if you can’t afford not having your vehicle for a few days, replacement would be the fastest method.