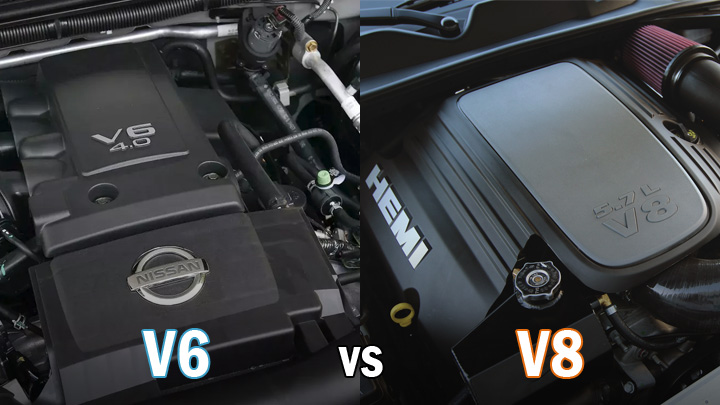 Whether shopping for a new vehicle (especially a truck), you’ll often be presented with more than one engine option. Right up there with the 4-cylinder vs 6-cylinder debate, is the V6 vs V8 argument.

Should you go for the extra power of a V8 or for the better fuel economy of a V6? Unfortunately, it’s not that simple.

The V6 vs V8 debate has been argued for decades. Keep reading to learn about the history of each engine and how they compare in nine different metrics to help you answer the question of which engine is the better option for you.

The V8 engine had its humble beginnings in France as a man named Léon Lavavasseur took out the first V8 patent in 1902. By 1904, he was building these engines for early airplanes and powerboats. In 1906, British manufacturer, Rolls Royce built V8s for just three of its costly sedans.

Henry Ford’s company had some limited experience with large V8s during the roaring twenties. In 1932, Ford came up with his biggest contribution to the V8 world. The famous Ford flathead engine emerged in a newly designed coupe, the Model 18 to replace the popular Model A.

In just one year, Ford delivered almost 300,000 of this model, though the 221 cu. in. V8 had many teething problems. Ford persevered with the basic engine configuration, and it continued to be produced with significant improvements through 1953.

V6 engines first appeared on the Italian Lancia Lambda in 1924. This inauspicious debut was short lived. It was not until 1950 that Lancia placed a new V6 engine design in their Aurelia model. The Aurelia was produced through 1958 and it took the checkered flag at a number of prestigious European automobile races.

In the United States, Buick took note of the Lancia V6 design and introduced its first V6 model in 1962, the Buick Special. This was the first mass-produced V6 in the automotive world.

In Japan, Nissan (then Datsun) brought out a V6 engine in 1983. In the United States, this engine first appeared in the 1984 240Z, which replaced the inline six engine that first came with that two seater.

V6 development has remained very active through today, keeping pace technologically with the more powerful, larger V8s. Today, the V6 is second in popularity to the smaller inline 4 cylinder engines; the V8s come in a distant third.

The “V” simply stands for the geometric arrangement of the cylinders if one looks along the engine parallel to the crankshaft.

In this comparison, we will be discussing engines in cars available for street use and costing under $125,000. Race car offerings and derivatives of such cars can produce engines with far greater horsepower and torque. Due to purchase price, such cars will rarely grace our garages. 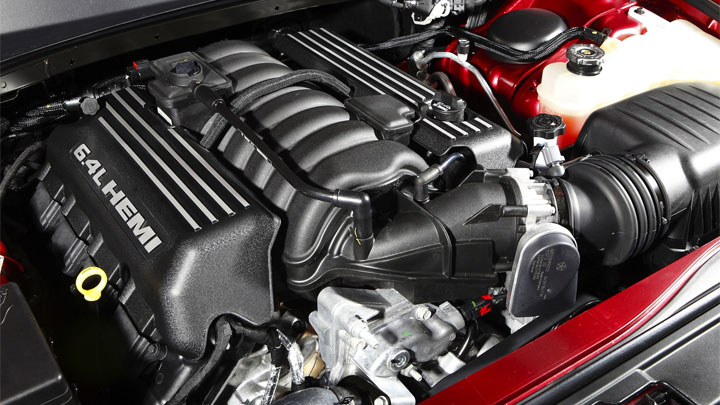 V8 engines, having two more cylinders than V6s, will generally exceed V6 engines in size. And that includes physical size, engine displacement and weight. What are some leading design attributes of these two types of engine?

To smooth out larger V6 engines, balance shafts are required. One or more of these can help mitigate vibration. But balance shaft(s) add weight and complexity and cannot always yield optimal smoothness across an engine’s full RPM range. 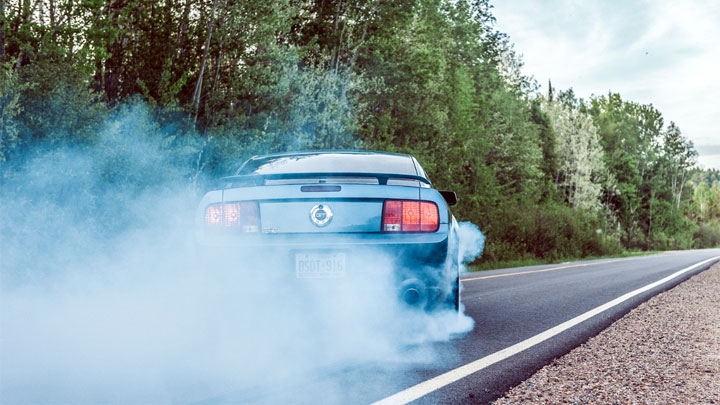 In this most basic of considerations, V8 engines win hands down. The reason for this is that V8 engines can comfortably exceed the V6 displacement limit of 4.0L with little adverse effect on engine smoothness.

Coupled with the relative ease of engine balancing, large V8 engines like Dodge Charger’s 6.4L Hemi produce 485 brake horsepower (bhp). And this without the need for a turbocharger.

With some internal changes and a supercharger, the Hemi in the Dodge Challenger offers bhp numbers exceeding 800. V6 engines can scarcely compete with this.

Lincoln this year will be offering a Lincoln Aviator with a 3.0L V6 producing 400 bhp. This is accomplished with twin turbochargers.

With the use of turbochargers, a V6 can come close to and in some cases even surpass a normally aspirated V8 in power. But there will be a significant cost for this kind of power.

While possible, 400+ bhp turbocharged V6 engines are complex to build. The cost factor limits their use to high end sports cars and sedans or SUVs like the Lincoln Aviator.

The Alfa Romeo Giulia Quadrifogio offers 505 bhp from a twin turbo 2.9L V6. The car is a gem in every respect, but the sticker base price begins at about $76,000.

On the other hand, a 485 bhp Dodge Charger stuffed with options will have a sticker price of around $45,000. The 480bhp Mustang GT is priced in this same range.

If you are looking at the Alfa Quadrifoglio price tag you might also consider an 807 bhp Challenger Hellcat or 760 bhp Mustang GT 500. Both are priced in the same range as the Quadrifoglio. 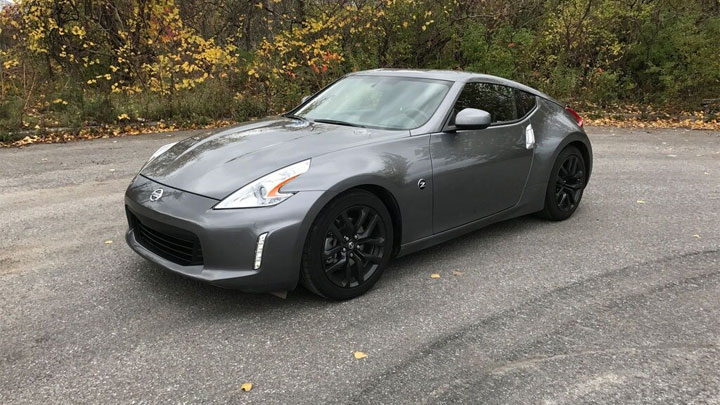 Automotive handling can be a very subjective discussion. How a car feels, steers, turns, accelerates, and stops can be measured and summarized in a report.

But handling is more complex than just the numbers. How does the car feel when you get in and drive it? For many car buyers this is a key question.

So considering the weight factor alone, V6 automobiles will generally handle better than V8s. But let’s add the cleverness of the designers to the mix. Here we will find that many larger V8 sedans and sportscars handle remarkably well.

The Chevrolet Corvette comes to mind. Yes, it has a V8 with gobs of power but with excellent handling as well. Mustangs and Chargers are both heavy cars but still handle well in spite of the big engines.

The more powerful turbo V6 engines add dollars to the sticker price and this can result in some astoundingly good handling and fast V6 cars, too. 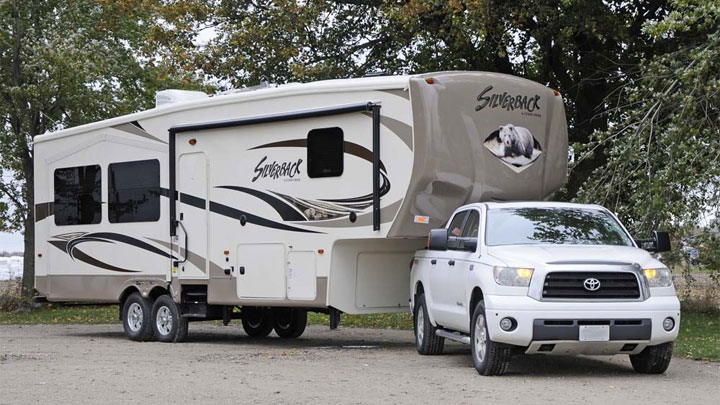 In this regard, power is king. None of the V6 offerings, even with turbos, will out pull a V8 car, SUV or light truck. Nor will the V6 rigs carry a larger payload than an equivalent V8 vehicle though some pickup truck ratings might argue otherwise.

Here is a major attribute where V6 vehicles will outperform their larger cousins. For fuel economy, smaller is better. And the smaller V6 engines are typically more fuel efficient than V8s.

A positive in the fuel economy wars for V8 enthusiasts are the 5.7 and 6.4L Dodge Hemis. These engines, when cruising under light load around town, will seamlessly switch to four cylinders. Overall economy is benefitted.

In highway travel conditions, they shine, yielding trip economies as high as 26 mpg. That’s impressive with all that power instantly available beneath your right foot. 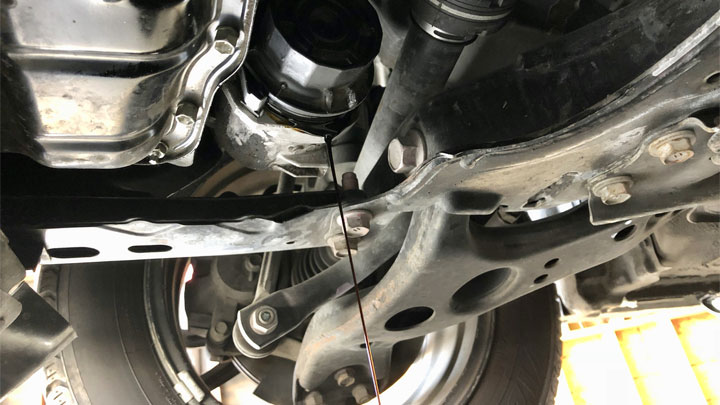 There will be little difference in maintenance between most normally aspirated V6 engines and their V8 counterparts. For both types in ultra high performance trim, higher priced lubricants like synthetics may be required. This will add slightly to maintenance costs.

Engines with a supercharger or turbocharger(s), whether V6 or V8, will in the long run cost more to maintain. The added complexity of these designs pretty much makes that a guarantee.

Sure, a V8 will require two additional spark plugs and likely more oil during oil changes, but the additional maintenance costs for this are negligible.

Small displacement V6 engines are working harder to do the same job a V8 might be asked to perform. A large block Dodge Hemi purchased at more cost than many V6 cars is loafing most of its highway life. This difference in actual operation can add to engine life.

That being said, there are some V6 engines known for durability. Specifically V6s that power Japanese cars being sold today will typically provide the long term durability of any V8 on the market.

Your role in this to get trouble-free miles would be to provide the maintenance for either your V8 or V6 in precise accord with the manufacturer’s recommendations.

Get yourself a good service manual and bookmark your favorite online auto parts stores if you’re the DIY type or stay on top of regular maintenance through a local independent repair shop or dealership. 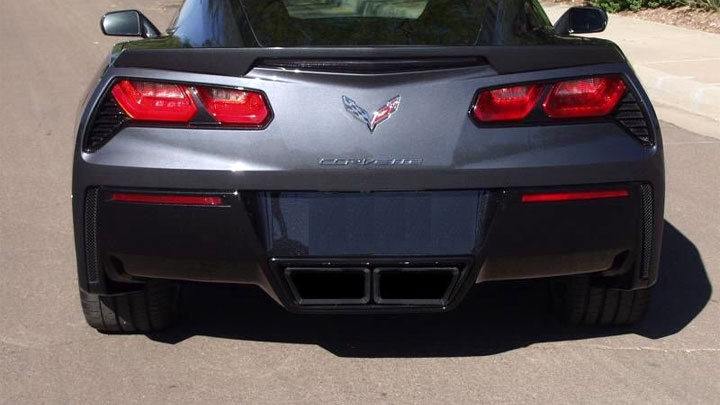 Unequivocally, V8 engines produce the best sound. Who can ignore a powerful V8 rumble gliding through the neighborhood?

V6 engines seem primarily to be muffled for overall quietness. Not a bad thing. The high performance V6 sports cars and sedans though will have an exhaust that can produce a rich sound. But not quite the V8 sound. 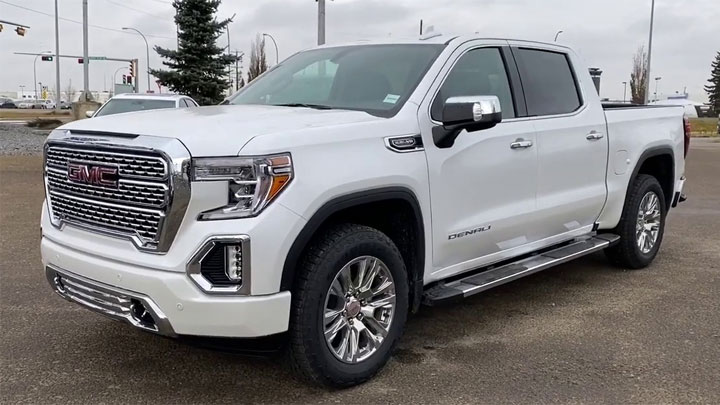 Generally speaking, a V8 engine will cost more to manufacture than a smaller V6. This is why many vehicles offer a 6-cylinder engine on its base models and for an additional cost, you can upgrade to a V8 engine.

There are always exceptions, whether car brand or adding forced induction (turbocharger/supercharger) to the mix, but in most cases, the V8 powered vehicle will cost more upfront than a comparable V6.

You are well aware that V8 and V6 arrangements are not the only ones sold in cars today. Here are descriptions of what else is available:

The inline four cylinder is actually the most common engine configuration. And these now often include a turbocharger to produce reasonably good power outputs.

Up to about 2.7L in displacement, these engines run relatively free of vibration.

Inline six cylinders are available from some brands most notably BMW. The inline 6 design is typically a very smooth running engine.

Engine length with all the cylinders in a row can limit the engine size with this particular design. The fabled Jaguar XKE was powered by an inline six.

Flat four cylinder engines (the boxer design) are available almost exclusively from Subaru. The cylinders are horizontally opposed. These engines are small in displacement but are smooth because the opposed piston arrangement is by nature perfectly balanced.

The original boxers, pioneered by Ferry Porsche in Germany, first appeared in the famous VW Beetle. These engines were air-cooled. A far more powerful variant was used in early post WW II Porsche sports cars notably the 356 and 912 models.

The 911S Turbo model base price falls just below our earlier mentioned upper limit of $125,000.

While not common (mainly due to manufacturing costs), an inline five cylinder is used on a few vehicles on the road today. One of the more notable 5-cylinder engines is the 2.5L variant that powers the Audi RS3 and TT RS which produces an astounding 394 hp.

V8 or V6. Which is better? Tough question. No single engine configuration could conceivably fit all driving needs and desires.

Consider this: Performance enthusiasts will lean toward higher horsepower, the V8. Cost conscious buyers might look no further than 4 cylinder offerings, flat or inline.

But to possibly serve the best of both worlds, the V6 sits in the middle. Excellent horsepower is available without the need for turbochargers, and V6s can provide remarkably good fuel economy.

Plus light overall vehicle weight with this engine can enhance handling. If you can do without the lovely sound of a V8, the V6 is enticing.

But if you cannot be satisfied without hearing the historic V8 rumble over your shoulder, this option remains in play for just a few more bucks. Note that government fuel economy regulations may soon close the door on these powerful engines.

If that V8 rumble is in your plans, you may not want to wait to take that leap.